This obituary is part of a series about people who have died in the coronavirus pandemic. Read about others here.

It is 1991 in Chicago and a spandexed wrestler known as Johnny Meadows is stepping into the ring of a rowdy arena to fight an opponent called Black Blood, who is wearing an executioner’s mask. After suffering a gnarly body slam, Meadows is writhing on the mat. Black Blood dramatically mounts a post and leaps onto his fallen opponent.

For Johnny Meadows, it was just another day at the office.

Meadows, whose real name was John Condrone, lost many of his matches during his career as a fall guy (known as a “job man”) in the heyday of old-school professional wrestling, but he adored the garish theater of it all.

“Dad spent most of his wrestling career as the guy who is supposed to lose,” his son Chase Condrone said. “But he had so much fun doing it. He was a showman and an entertainer. For him, life was about putting on a show.”

And he found many ways to put on a show.

Mr. Condrone, who lived in Maryville, Tenn., became an accomplished singer-songwriter in East Tennessee known for parody country tunes like “The Clintons Went Down to Georgia” and “Bubba Claus,” about a trailer park Santa. He sang Christian rock songs at his church, he played weddings as a freelance D.J., and he once worked at Dollywood as a vendor and magician.

His final performance was an acoustic set in September at the Commodore Grille in Nashville. Mr. Condrone died on Oct. 20 at a hospital in Maryville. He was 59. The cause was complications of Covid-19, his son said.

John Albert Condrone was born on Nov. 16, 1960, in Hollywood, Fla., and grew up in Harriman, Tenn., the youngest of three brothers. His father, Joseph, worked as a boxer for a traveling carnival (customers paid to fight him) and later as a truck driver. His mother, Marie (Rizzoli) Condrone, died when John was 5. He graduated from Oakdale High School.

Mr. Condrone started wrestling as Johnny Meadows around 1980 and quickly became a fixture on the Southeast’s regional wrestling circuit. When he began fighting for World Championship Wrestling, his sweaty exploits were beamed onto national television. Mr. Condrone battled stars of the era like Ric Flair, the Mongolian Stomper, Big John Studd and Abdullah the Butcher. 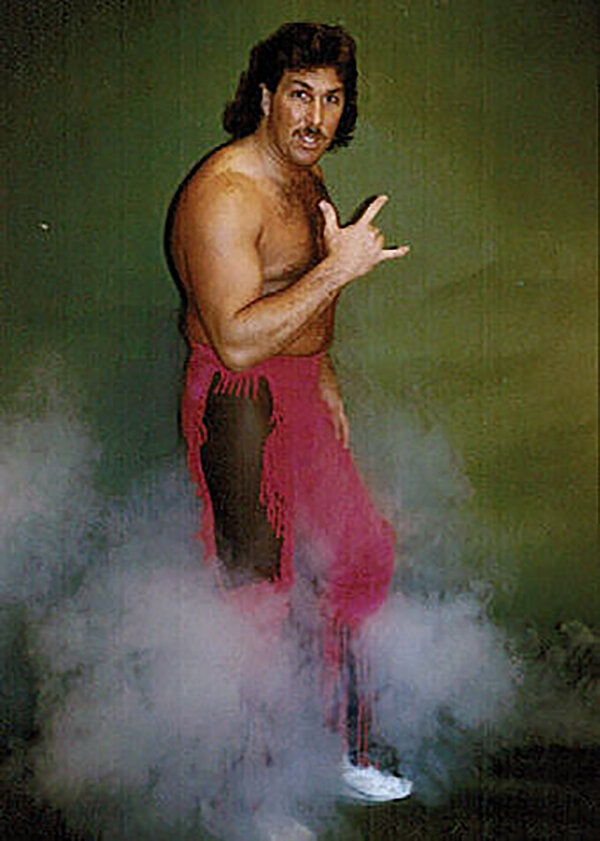 “When I wrestled, he let me do what I needed to get through,” Abdullah the Butcher (Larry Shreve in real life) said in a phone interview. “He was a good performer. He was a job man, but he was a good job man.”

By the mid-1990s, Mr. Condrone’s wrestling era was getting edged out by World Wrestling Entertainment’s heavily branded superstar “Attitude Era,” and he was raising a family, so he quit the ring. A longtime hobbyist musician, he became more seriously involved with songwriting.

He had married Karen Evans in 1992, and they had twin boys. The couple divorced; two other marriages also ended in divorce. In addition to his son Chase, he is survived by another son, Chandler; a brother, Bruno; a half brother, Tim; a stepbrother, Butch; and his partner, Marie Owen.

Mr. Condrone took a job working for an automotive parts supplier in Maryville and stayed with the company for 15 years. He built a recording studio in his basement and received an online degree in audio engineering from Berklee College of Music in Boston. He did session work in Nashville, he helped host a local songwriter festival, and he gigged at bars in the Florida Keys.

But he also kept his spandex at the ready.

He appeared as Johnny Meadows at wrestling nostalgia events. His closet was filled with pink leggings and zebra-striped jackets. And he wrote a song about his fighting days called “One More Mile.” It’s an acoustic ballad told from the perspective of an aging brawler reminiscing with his old tag-team buddy.

“I remember those crazy nights,” it begins.

All those fights.
We had a hell of a time.
I had your back and you had mine,
Right beside you in that ring.