Justin Bieber sings about a time he tried to ‘scare’ Hailey Baldwin away, and more behind-the-scenes details about their marriage, in his new album ‘Justice.’

There was a lot of love for Hailey Bieber (née Baldwin) on Justice, the new album from Justin Bieber. While Justin, 27, already showed affection and appreciation for Hailey, 24, on “Holy,” he paid even greater tribute to their romance in multiple songs throughout the new 16-track new album. One of the most vulnerable songs on this track list, though, is “Unstable.” As the song’s name suggests, it’s an ode to a time when Justin felt “unstable”…to the point where he tried to “scare” his wife away.

“Sometimes I think I overthink / And I start to feel anxiety / There were times I couldn’t even breathe / But you never once abandoned me,” Justin sings at the opening of the song, which 17-year-old artist The Kid LAROI joins him for. Justin even sings that he tried to “scare [Hailey] away” and show her “the door,” but still, the model’s love did not waver for the pop star.

Justin explained how Hailey inspired the bittersweet song in an interview before the album’s release. “One of the tracks on the album is called Unstable, and for me it’s a really emotional song because I was in a really, really bad place maybe a year ago,” Justin told The Sun, according to Daily Mail. He added, “Fortunately my wife was just there for me through it all and so the whole message of the song is ‘You loved me when I was unstable.’”

“She really held me down and you know just continued to love me through a really challenging, hard season that I’d been in – so the person in the song that was me,” Justin continued. He also hope the vulnerable song is “relatable” to his fans, since he believes other people have been “in the same position.”

Hailey received even more shout-outs in songs like “2 Much” (“Love the way you love your mom / Take on all your friends problems); “Love You Different” (“I will love you different / Just the way you are”); and “Loved By You” (“I remember when we started datin’ / The only ting that you and me was chasin’ / The kinda lovin’ that they couldn’t play with”). As you can see, Justin has a lot of “love” for his wife, whom he’ll be celebrating his third wedding anniversary with in Sept. 2021.

Justin’s album release also arrived with a music video, “Peaches,” featuring Daniel Caesar and Giveon. The visuals are as dreamy as the track itself — watch it above!

Ahead of Justice’s release, Hailey appeared on the cover of Elle and spoke with the publication about her marriage. “I mean, I was married when I was 21, two months before I turned 22, which is insanely young,” she said. “And sounds almost ridiculous when you say it out loud. Although I do think for somebody like me and somebody like Justin, [it’s different]. We’ve seen a lot for our age. We have both lived enough life to know that’s what we wanted.” 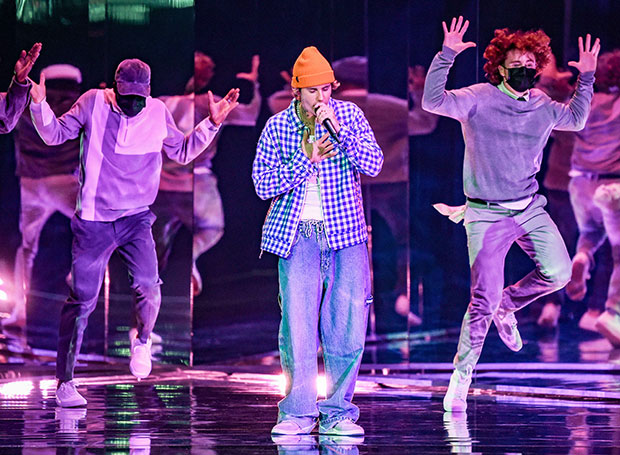 Justice comes at a time when Justin is experiencing the most “consistency and predictability” in his life, he told Billboard in March. The year spent with his wife Hailey has allowed him to set some structure to his once tumultuous life. “I definitely learned how to have boundaries, and I just don’t feel like I owe anybody anything,” said the “Holy” singer. “That has helped me to be able to just say no and just be firm in it and know that my heart [wants] to help people, but I can’t do everything. I want to sometimes, but it’s just not sustainable. … At this point, I’ve reached a level of success so many times that I know success isn’t a be-all, end-all to my happiness.”

In addition to setting boundaries, Justin is also taking a greater role in the roll-out of Justice, per Billboard. He’s involved in the final mixes of his music, conceptualizing performances, and scheduling rehearsals. “I think this is the first time in my life where I’ve actually enjoyed the process of releasing an album,” he told the publication. 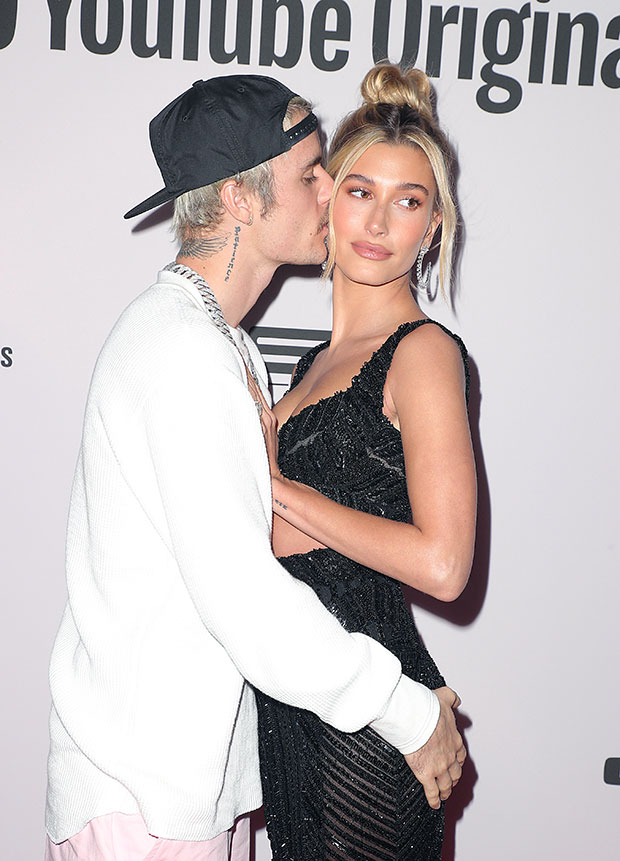 Justice arrives just a little over a year after Changes, an album that was a commercial success (two top 10 hits, 1.1 million equivalent album units sold) but one that slightly underperformed, compared to the previous entry in his catalog, Purpose. The 2015 album had three U.S. Hot 100 No. 1’s (“What Do You Mean?” “Sorry,” “Love Yourself”) whereas “Yummy,” the lead single from Changes, peaked at No. 2. The first three singles off of Justice – “Holy,” “Lonely,” and “Anyone” – have cracked the Top 20 on the Hot 100, and Beliebers are waiting to see how the fourth, “Hold On,” does before it is all said and done.

Justin shared the track list to Justice on March 11, tweeting a photo of a cork board with sixteen different cards on it. Each card had a name of a song, and the photo revealed that the album will feature appearances from Khalid (“As I Am”), Kid Laroi (“Unstable”), Giveon and Ceasar (“Peaches”), and possibly Grammy-winner Burna Boy. Burna’s name was written next to the song “Loved By You,” but it didn’t have a “featuring” designation, like the others. The same could be said for “Love you Different,” which bore the name Beam but didn’t say it was a feature.