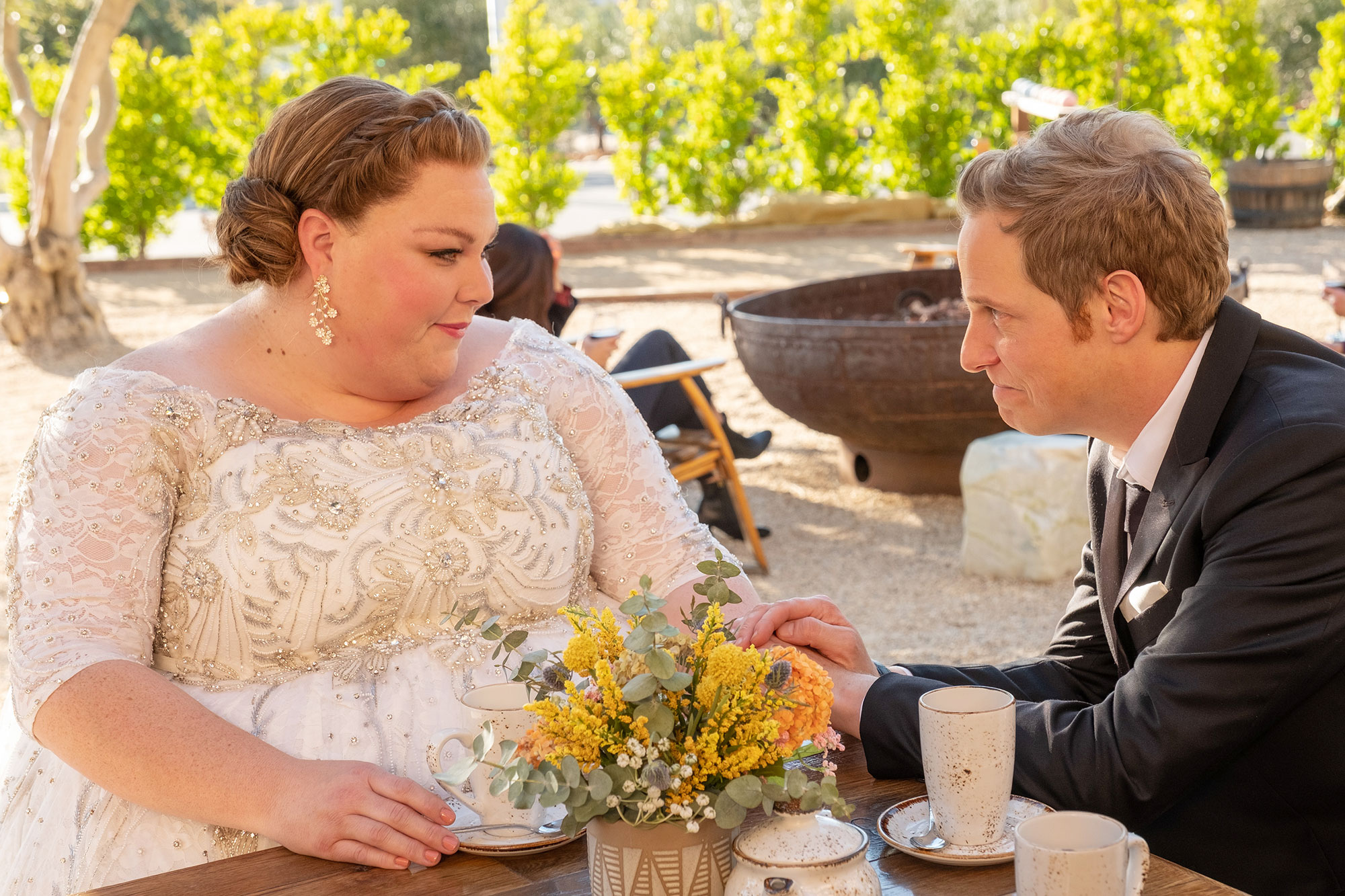 Here comes the bride. Kate (Chrissy Metz) and Phillip (Chris Geere) officially got married at an emotional ceremony that brought everyone to tears during the Tuesday, April 19, episode of This Is Us.

Titled “The Day of the Wedding,” the episode started where the previous installment left off — Toby (Chris Sullivan) called Kate before it was time for her to walk down the aisle and shared a congratulatory message, alluding to the fact that he had finally made peace with their split.

Grab the Kleenex! ‘This Is Us’ Cast, Showrunners React to 100th Episode

Thanks to Madison (Caitilin Thompson), the show’s new timeline was also confirmed. During a conversation with Beth (Susan Kelechi Watson), she noted that the wedding is five years after her twins with Kevin (Justin Hartley) were born and nine months after she welcomed a baby with now-husband Elijah (Adam Korson).

As the chaos of Kate and Phillip’s wedding day continued, it appeared to viewers that Rebecca’s (Mandy Moore) health is continuing to decline amid her Alzheimer’s diagnosis. The mother of three kept seeing, and referring to, Kevin as her late husband, Jack (Milo Ventimiglia). When Randall (Sterling K. Brown) corrected her, she got agitated. Later on in the episode, it’s revealed that this version of Rebecca is the Pearson family’s “new normal.” 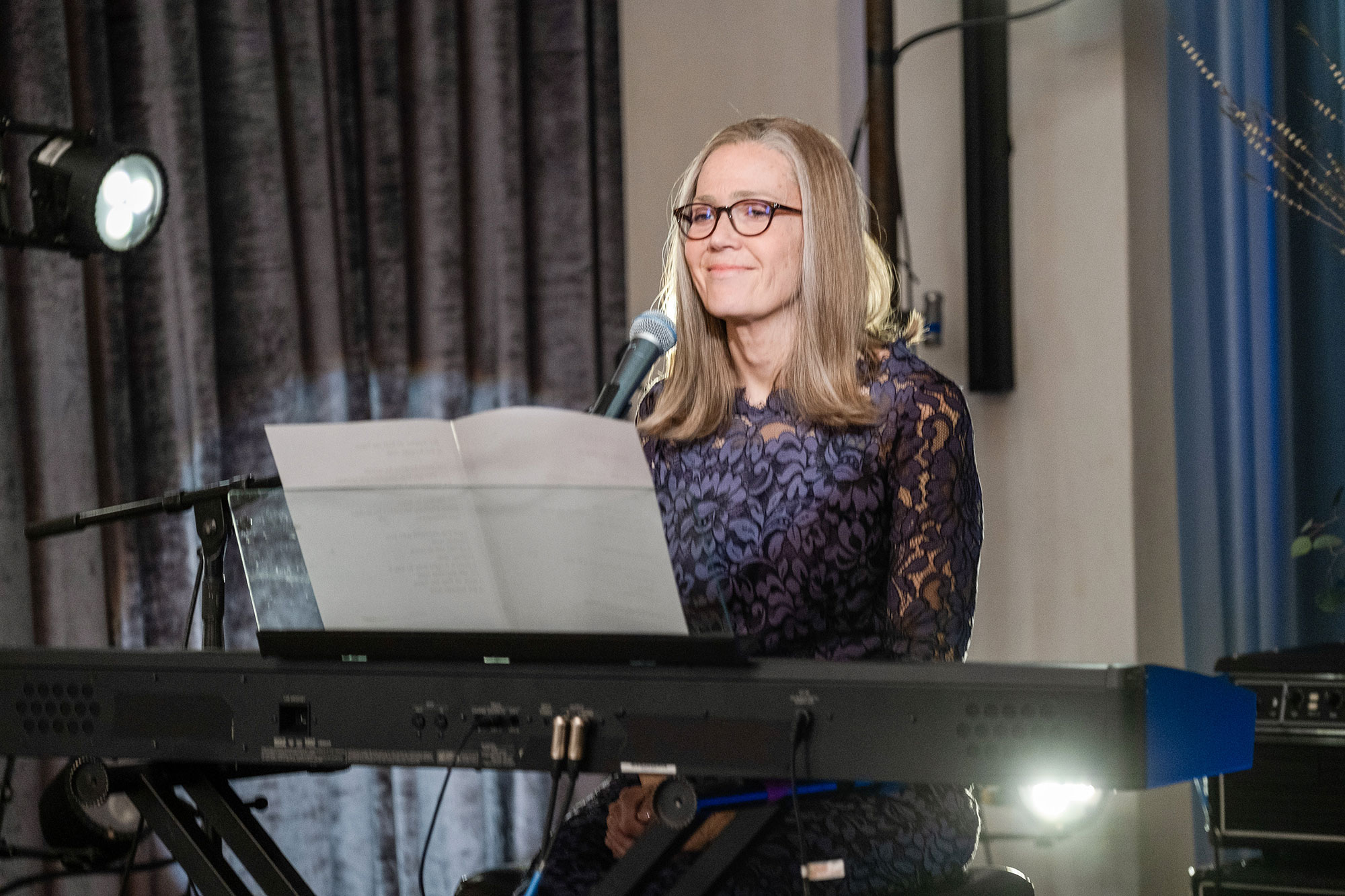 Appearing uneasy with his mother’s worsening condition, Randall went for a wine tasting with Miguel (Jon Huertas) and noticed that his stepfather is also exhibiting concerning signs, including tremors of his hand.

While things seemed to be changing for the Pearsons in the present, the flashback scenes showed Rebecca wanting to “feel spontaneous.” So, she cut her hair like Princess Diana much to the chagrin of her kids and husband.

“I’m on auto-pilot Jack,” she shared. “I don’t want to lose myself and forget who I am. I think I needed to make a change to remind myself that surprising things can still happen.”

Every Question This Is Us’ Final Season Still Needs to Answer

Back in the present, it was finally time for Kate and Phillip to tie the knot. Miguel walked her down the aisle and the couple exchanged sweet vows before the show jumped to the reception. Tensions were high as Rebecca was introduced to sing a song for the newlyweds. She crushed it, bringing all the wedding guests to tears.

Randall, for his part, looked deep in thought once the party began and confided in his wife, Beth, when she invited him to dance.

Elsewhere on the wedding day, Madison and Beth found themselves invested in Kevin’s love life after finding a bra, shawl and love letter in his hotel room. Throughout the episode, the duo wondered if he slept with Cassidy (Jennifer Morrison), Sophie (Alexandra Brekenridge) or the newly introduced wedding singer Arielle (Katie Lowes) the night before the wedding.

Who Is Kevin’s Future Wife on ‘This Is Us’? Everything We Know So Far

When Randall asked his brother where he had disappeared to the night before, three quick scenes of Kevin spending time with each woman flashed on the screen. From the look of it, his future wife just might be revealed sooner than viewers thought.