KATHY LETTE: My chums? They're all swinging off a chandelier

KATHY LETTE: My chums in their sexties? They’re all swinging off a chandelier with a toyboy between their teeth!

Have I passed my amuse-by date? That seems to be what society is telling me. Apparently, when a woman turns 60, she’s expected to sit at home knitting her own bus pass.

Well, that’s the impression I’m getting from the medical profession. I went to the doctor last week for some routine blood checks.

I asked if I was due a smear test, to which she replied: ‘The NHS don’t give cervical smear tests to women over 62 because they’re not having sex – and even if they are, it’s just with one partner.’

After I’d winched up my jaw from the floor, I pointed out that the majority of divorces are now ‘silver separations’, and most are initiated by women.

Many of my girlfriends in their 60s are newly single and, thanks to the rocket fuel of Hormone Replacement Therapy, are swinging off a chandelier with a toyboy between their teeth. These women are in their sexties, not their sixties. 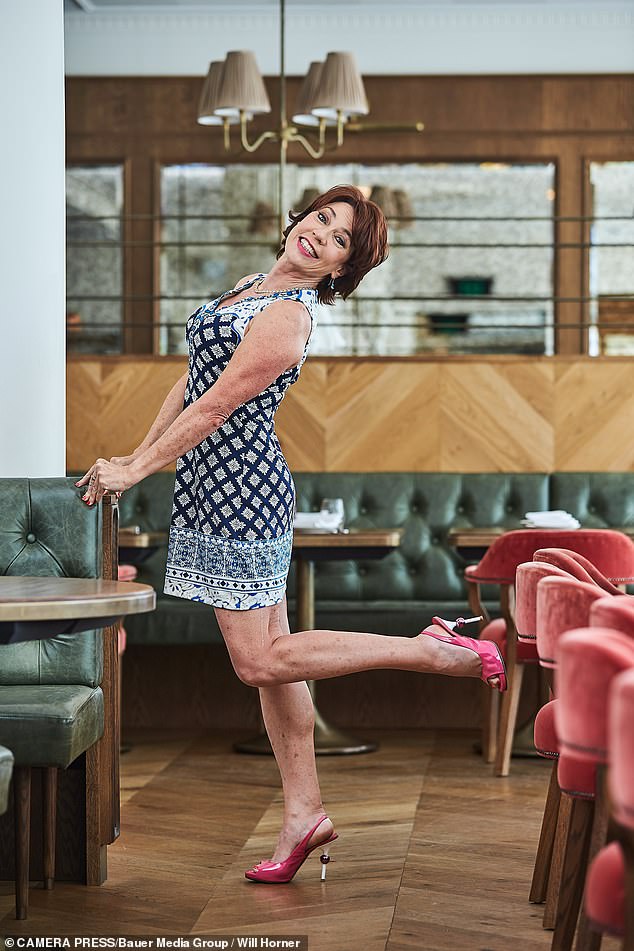 Have I passed my amuse-by date? That seems to be what society is telling me. Apparently, when a woman turns 60, she’s expected to sit at home knitting her own bus pass

But while older men are given ‘silver fox’ status, women my age are being put out to sexual pasture by the NHS.

And it’s not only the medics. I can’t open a magazine without some fashionista fascist issuing edicts about what I can and can’t wear.

Top of the faux-pas list is the mini-skirt. A 60-year-old woman in a mini gets maximum disapproval. Nor must I show my decolletage or go sleeveless.

While women my age are told to be seen only in outfits the Amish would find too demure, blokes of the same vintage are allowed to strut along the beach, moobs jiggling, beer bellies bloated, without comment or complaint. Nobody ever makes cracks about mutton dressed as ram, now, do they?

Apparently, I need fillers for my crinkles (cleavage wrinkles) and injections for my kinkles (knee wrinkles). I need exercises to prevent cankles (thick ankles) and surgery on my waddles (neck fat).

It’s getting difficult to find a bit of my body that isn’t under scrutiny as an area of concern.

Clearly, the only plastic surgery older women should attempt is cutting up the plastic credit cards used to pay for that pointless pain. Just get a dimmer switch – the best beauty aid known to womankind.

Oh, and a younger man. Mine is eight years my junior. He adores me, doesn’t bore me and does all my chores for me. 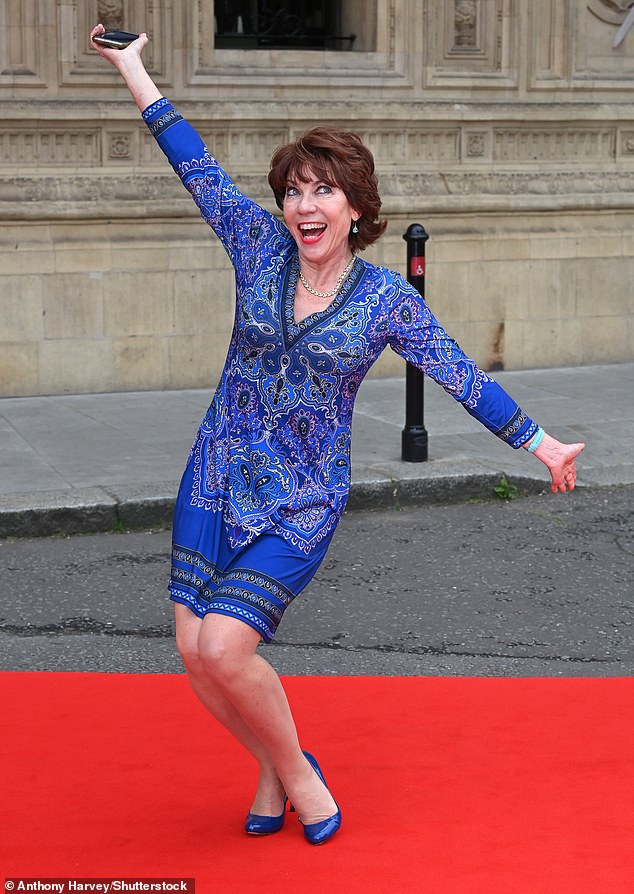 While older men are given ‘silver fox’ status, women my age are being put out to sexual pasture by the NHS. And it’s not only the medics. I can’t open a magazine without some fashionista fascist issuing edicts about what I can and can’t wear

What the NHS hasn’t realised is that for women, life is in two acts. The trick is surviving the interval. But post-menopause, a drop in oestrogen and an increase in testosterone means that, for the first time ever, women no longer care what other people think about us. And it’s liberating.

But it’s not just the NHS that needs to wake up to the reality of older women. We’re all aware of the ageism faced by actresses, but it’s affecting publishing, too.

As the author Bernardine Evaristo asked recently, where are all the older female writers? Having pretty much invented ‘chick lit’ and ‘mummy lit’, I now want to invent a life-affirming genre for women my age called ‘I-Don’t-Give-A-S***-Lit’, in which my female protagonists age disgracefully.

Baby-boomers have redefined every decade we’ve lived in and now we’re going to redefine getting old. Studies reveal that women in their 60s and 70s are healthier, happier, richer and sexier than any generation in history.

We’re young enough to have adventures but also aware that the clock is ticking, making us more candid, confident and unconcerned by judgmental criticism. Which is why, this summer, I’m going to swan about in mini-skirts and in sleeveless cocktail frocks so flimsy you’ll have seen more silk on a worm.

And the most effective accessory to make a woman look younger? It’s a toyboy draped over her arm.