Kylie Jenner’s knit lingerie is hanging on by a thread

There’s nothing more fun than getting drunk and doing makeup — just ask Kendall and Kylie Jenner.

In honor of the 25-year-old supermodel’s new 818 tequila brand, she joined makeup mogul Kylie, 23, on her YouTube channel for a “Drunk Get Ready With Me” beauty tutorial video.

After downing a few shots of the reposado variety in the parking lot, the sisters got to work using their Kendall by Kylie Cosmetics collection, which was released last year.

Layering on bronzer and blush, followed by purple eyeshadow for Kendall and gold for Kylie, the sisters took a trip down makeup memory lane.

Kendall spoke about feeling insecure in high school thanks to her acne struggles, and how she would ask Kylie every day if her blemishes were noticeable. 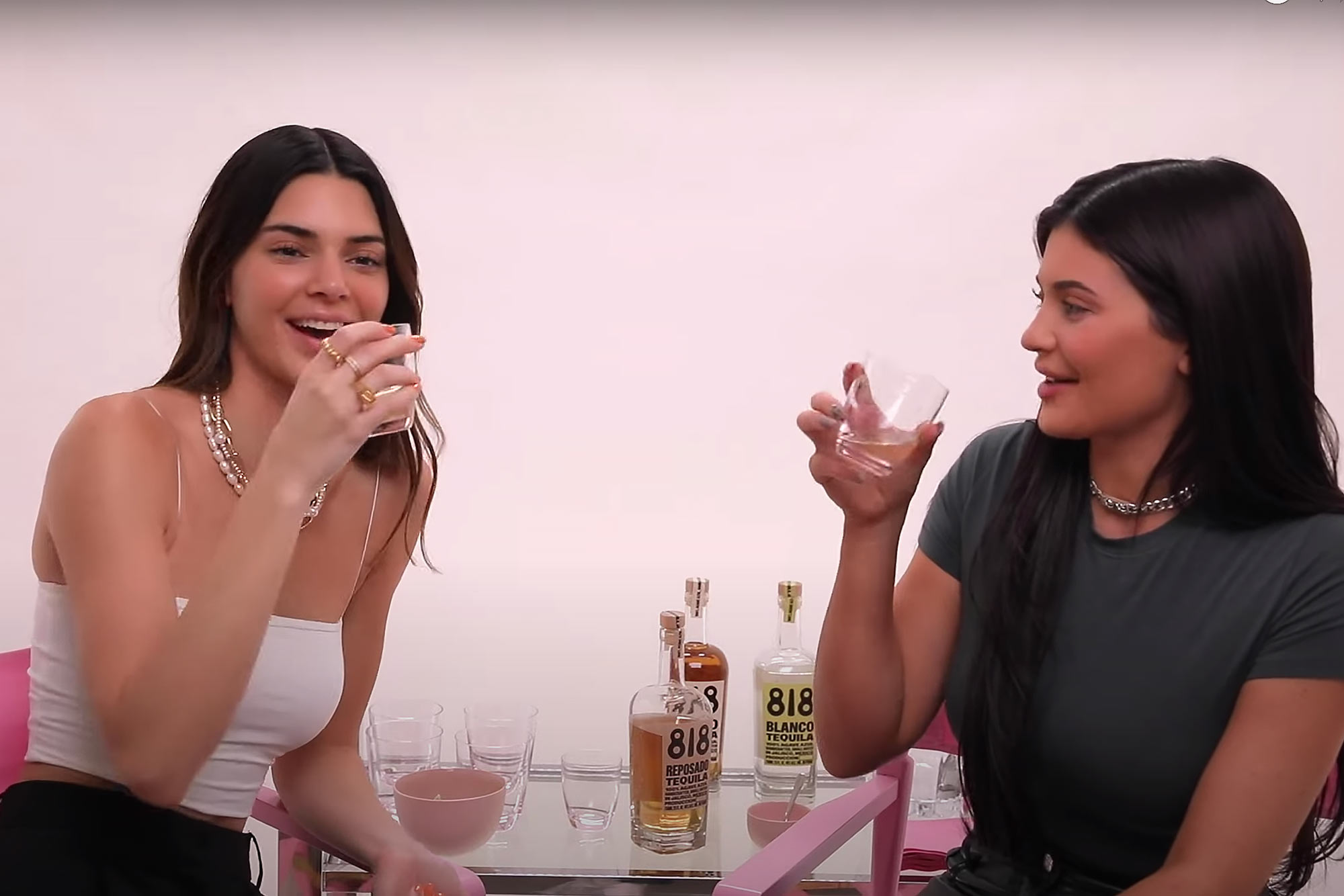 “Every day you would say, ‘No, you look beautiful.’ I knew you were lying, but I appreciated you,” Kendall recounted, causing Kylie to cry (after downing her fifth shot of tequila).

“I knew it was your biggest insecurity and every time, like clockwork … you would ask,” Kylie said. “It always made me so sad to hear you talk about it.”

“It actually shifted my day. Bible,” Kendall responded. “I would go into school and be like, ‘Okay, I’m the only one who sees it as bad as it is. If Kylie doesn’t see it as that bad, then it must not be.’ And it actually boosted my confidence.” 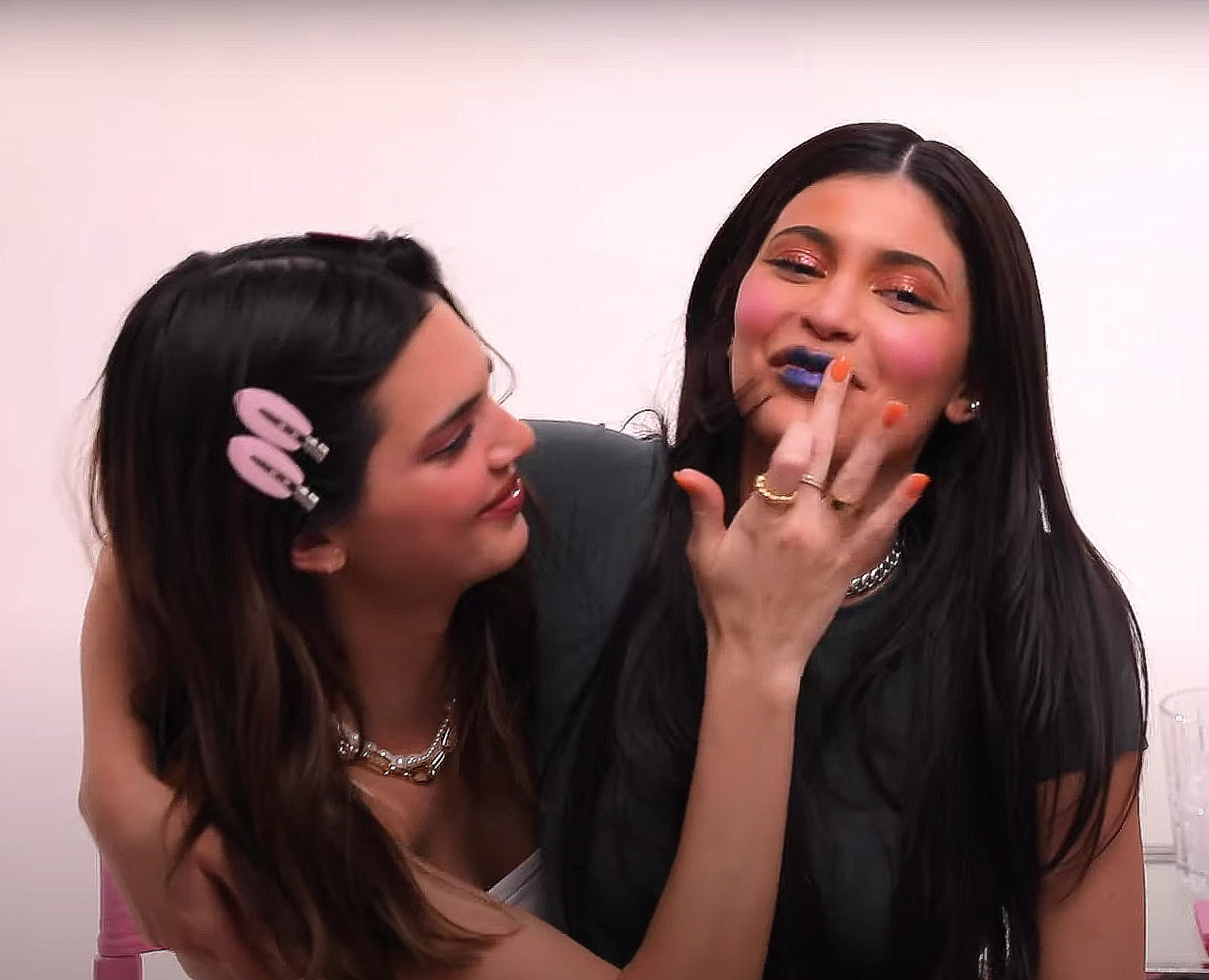 Continuing to boost their confidence with booze, the sisters got so intoxicated by the end — after taking more than eight shots each, effectively finishing an entire bottle between the two of them — that Kendall punched a hole in the pink backdrop and Kylie joined her in destroying the set.

At least no tequila bottles or makeup palettes were broken in the process. 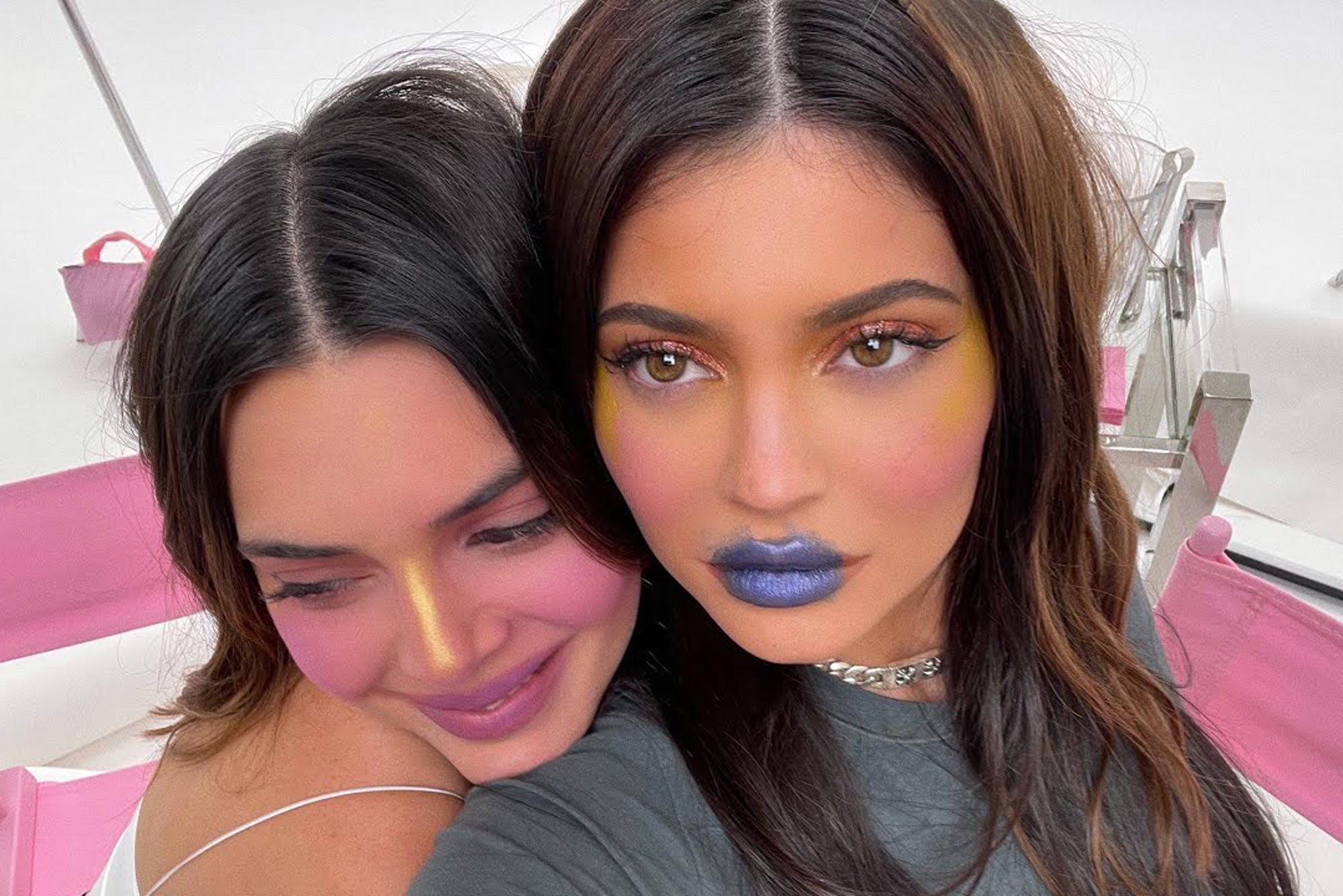