The couple, who have reportedly scheduled a number of engagements while in the UK, met with the monarch, 74, at Windsor Castle.

Charles wore a grey two-piece suit, paired with a white shirt, and dark brogues for the meeting. 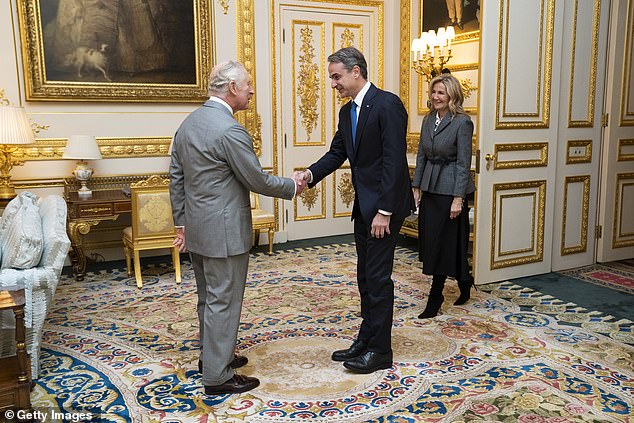 Ms Grabowski donned a black maxi skirt, which she pared with a belted grey jacket, and knee high heeled boots.

It has been reported by some Greek press that one topic of discussion during the meeting could be how to better manage and preserve the Tatoi estate, once the summer residence of the Greek royal family.

While still the Prince of Wales and Duchess of Cornwall, the royal couple toured the estate when they visited Greece in March 2021.

Today’s meeting follows reports earlier this year that Mr Mitsotakis is hopeful King Charles will aid his latest bid to return the Elgin Marbles to Athens. 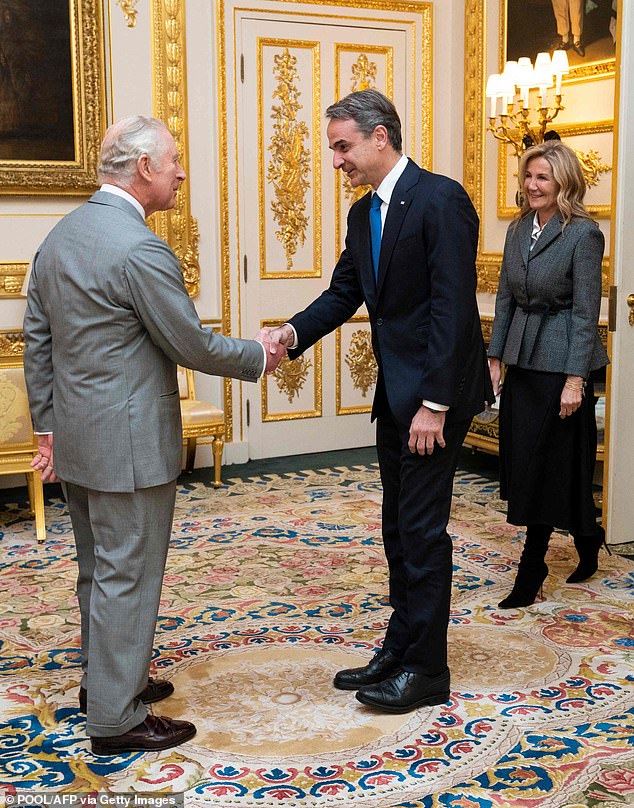 The 2,500-year-old marbles were taken from the Parthenon between 1801 and 1812 by Lord Elgin, ambassador to the Ottoman Empire.

The Greeks say they were stolen, but the British Museum Act 1963 prevents ownership of artefacts being transferred from the museum.

Speaking in October, Mr Mitsotakis told The Sunday Times he had a ‘good personal relationship’ with King Charles and believes he is supportive. 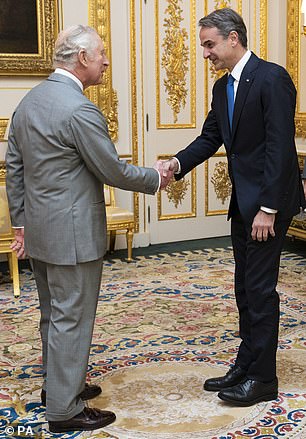 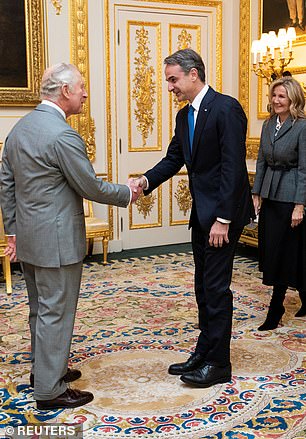 The King, he said, has ‘a Greek heritage which he values and cherishes’, adding: ‘I think the mood is changing in the UK.’

It has emerged that Greek businessman John Lefas, 71, is investing millions to fly British MPs to Athens to lobby them to overturn UK law and allow the marbles’ return.

Lord Vaizey, a former Tory culture minister, has already taken the trip as part of the Parthenon Project, The Sunday Telegraph reported.