Nearly $110 million of ultra-prestige real estate was tipped onto the Melbourne market this week as the top end ignores the broader property downturn.

Instead of worrying about interest rate rises, residents of the city’s most exclusive suburbs are trying to understand what their home could be worth in the wake of two recent record-setting sales on Toorak’s grand St Georges Road, one for $80 million and another for just shy of $75 million. 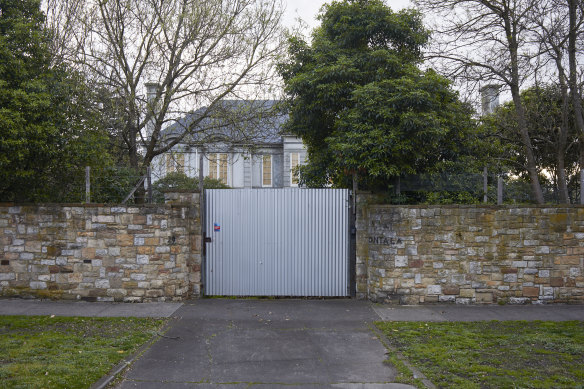 Buyer’s advocate David Morrell said if a top-quality property comes up, buyers will jump at it, but in some other cases, the sky-high sales have caused a stand-off, as sellers increase their expectations.

“Everybody gets the money injection and goes, ‘Mine’s worth 10 per cent more’,” he said.

“The buyers are suddenly not prepared to pay 10 per cent more.” 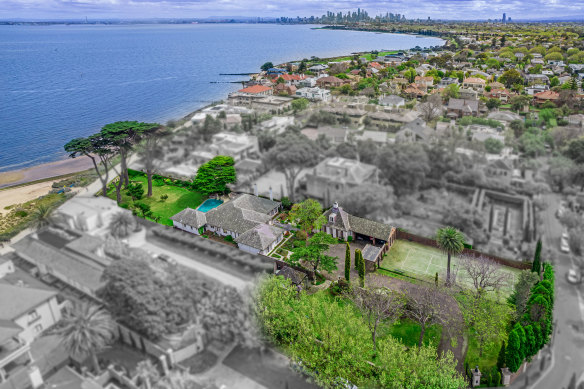 A Brighton fixer-upper is for sale with a price guide of $46 million to $50 million.Credit:Kay & Burton

The prestige property market marches to a different drumbeat to the rest, as rising interest rates become less important to cashed-up buyers searching above the $5 million mark, he said.

This week a fixer-upper on the Golden Mile in Brighton was announced to buyers with a price guide of $46 million to $50 million. Kay & Burton’s Ross Savas and Alex Schiavo have the listing.

Teychel is set on an oversized block of about 4500 square metres and is being offered as an opportunity to renovate and extend, or knock down and rebuild a new dream home.

In Toorak, there were two significant listings this week, including the architect-designed residence at 3 Macquarie Road, asking $28 million to $30 million. Set on 2100 square metres, the six-bedroom residence with rolling lawns, tennis court and swimming pool was designed by Gabor Hubay as his own home before being sold in 2013 for $14.125 million.

The Arts and Crafts-style Little Milton at 26 Albany Road also hit the market, guided at $27 million to $29 million. On a land parcel of 2470 square metres, the Cotswolds-inspired home was designed by architect Muriel Stott and built in 1926 and comes with updates such as a tennis court, swimming pool, 12-car garage and marble kitchen.

“You can’t ignore them, two significant sales within a short space of time revalues that top end of the market,” he said.

“In Toorak there is probably only six or seven properties on over 6000 square metres. Those trophy homes get revalued overnight.”

Anyone who owns a AAA Toorak home could expect a AAA price, he said.

Marshall White’s Marcus Chiminello said the standout sales created positive sentiment, but asked if they reset values, he said it was a case of “yes and no”. 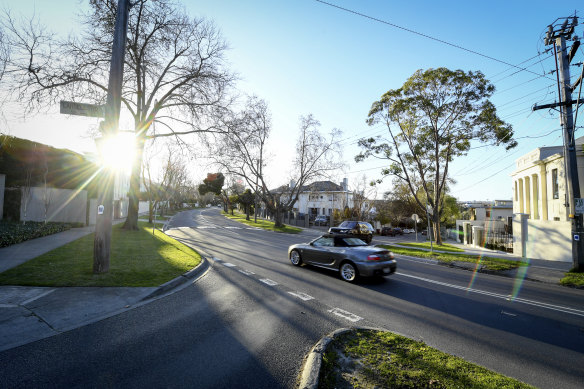 “It didn’t necessarily recalibrate values but it recalibrated confidence,” he said. “One or two sales does not change the market entirely, but it does change confidence.

“It can change expectations. It doesn’t necessarily change value.”

He expects there could be a late start to the spring selling season as prestige home owners realise they may be immune to the broader market downturn, and feel confident they can achieve their expectations on price. But he said owners of generational homes make decisions about whether to sell based on their lifestyle and not based on market conditions.

“They made a lot of money in their business, or technology, and that is driving the market at the top end,” he said.

He has listed a Parisian-style six bedroom family home with a price guide of $14 million to $15.3 million at 9 Kenley Court, Toorak.

“It won’t be long before someone hits the $100 million mark.”

The Money with Jess newsletter helps you budget, earn, invest and enjoy your money. Sign up to get it every Sunday.

Most Viewed in Property