A subtle clap back. Tom Holland seemingly reacted to the never-ending questions he’s received about his height compared to girlfriend Zendaya.

The 25-year-old appeared to “like” an Instagram photo, which was shared by Lad Bible on Thursday, December 23, featuring an image of 6’2″ actor Arnold Schwarzenegger next to 4’10” star Danny DeVito in 1988’s Twins. The text on the pic read, “According to science, short men have more sex.”

While the “science” is questionable, Holland’s official account double-tapped the post, according to Comments By Celebs. The cheeky social media activity comes after the U.K. native was frequently forced to discuss his two-inch height difference with Zendaya, 25, throughout the Spider-Man: No Way Home press tour. 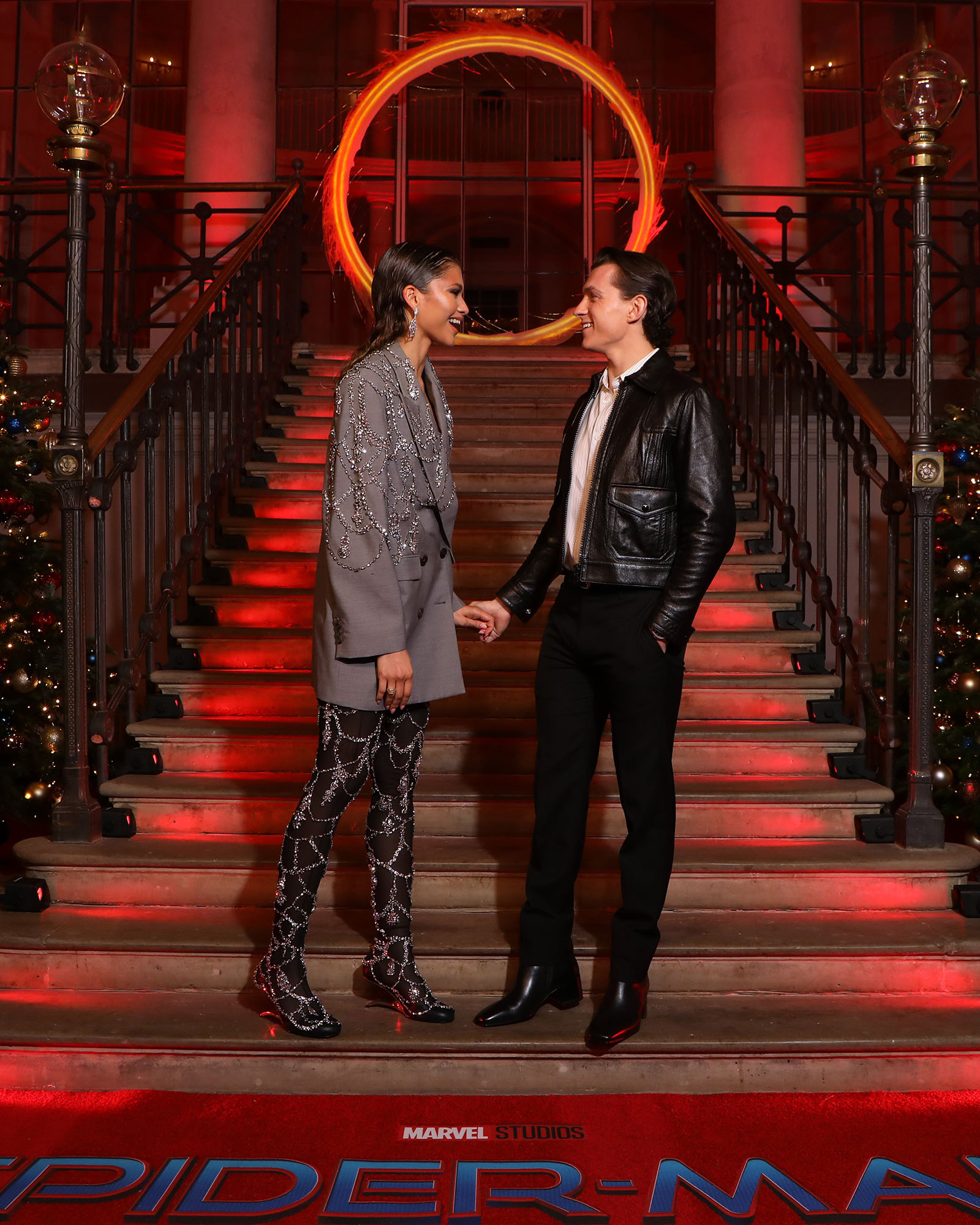 The focus on the height difference grew stronger after the costars, who finally confirmed their romance after photos of them packing on the PDA were published in July, shared a funny story on The Graham Norton Show earlier this month. The couple recalled the challenges of nailing a stunt for the new film, which just passed the billion-dollar mark in its second weekend in theaters.

“Because of our height difference, I obviously — we were on the same point, we were attached — I would land before him,” Zendaya explained, noting that they were attached in a harness. “My feet obviously hit the ground before he does.”

The Cherry star chimed in, “She would land, and my feet would swing from underneath me and then she would catch me.”

Once the pair discussed it on the British talk show, the flood gates were open. With interview topics being extremely limited for the secretive Marvel movie, many reporters seemed to lean into the height difference — much to Holland’s dismay.

“Not that much taller,” Holland said during a Sirius XM Stars interview alongside Zendaya and costar Jacob Batalon on December 10. “Let’s just put this out there — maybe, like, an inch or two at best. It’s not like people say, like, ‘How did you guys kiss? It must have been so difficult.’”

The Uncharted star called it a “ridiculous” stereotype that men are supposed to be taller, and the Euphoria actress, who plays his love interest in the superhero movies, agreed. Their three Spider-Man films, directed by Jon Watts, never pretended Holland’s Peter was taller than MJ, but that’s not always the case in Zendaya’s other projects.

“I hate often having to cheat it and pretend,” the Emmy winner said, noting that actor are often put on boxes to pretend they’re taller than female costars. “Why not just let it be what it is?”

Because the California native’s mom is taller than her dad, she didn’t pay much attention to height in her own relationships, adding, “I honestly never thought of it as a thing because my parents were that way. So I didn’t know that people cared until — life.”