Lydia Jacoby: 5 Things About Alaskan Swimmer Who Won A Gold Medal At The Tokyo Olympics

Lydia Jacoby, 17, became the first American woman to win a gold medal in swimming at the Tokyo Olympics when she pulled off an upset in the 100-meter breaststroke. Here are five things about her.

Lydia Jacoby, 17, is getting international attention after winning the Olympic gold medal in swimming’s 100 breaststroke at the Tokyo Olympics on July 26. The Alaska native showed off her incredible skills when she beat U.S. teammate Lilly King, who was trying to win her second consecutive Olympic gold in the 100 breaststroke, in 1:04.95. South Africa’s Tatjana Schoenmaker, who was .27 of a second back, came in second, and Lily came in third by finishing .59 of a second behind Lydia.

As America celebrates Lydia being the first American woman to win a gold medal in swimming in the Tokyo Olympics, here are five things you should know about the tremendous athlete.

She’s the first Olympic swimmer to be born in Alaska. 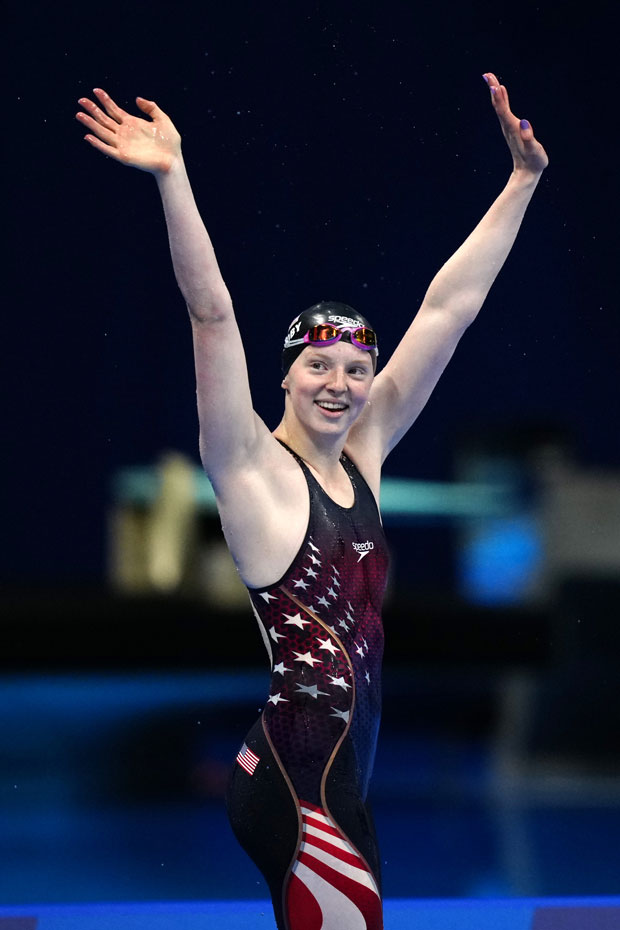 Lydia is from Seward, Alaska, which is a two-hour drive from Anchorage. In addition to being the first Alaskan swimmer to compete in the Olympics, she’s only the 10th Summer Olympian to be born in Alaska. She’s also one of 11 teenagers, 10 of them being women, on the U.S. Olympic team.

Her performance at the Olympic trials surprised many.

The hard-working athlete ended up swimming three seconds faster than her best time, which took place before the COVID-19 pandemic, at the trials and she finished second behind Lilly. It earned her a place on the U.S. Olympic swimming team at the Tokyo Olympics.

She was born on Leap Day. 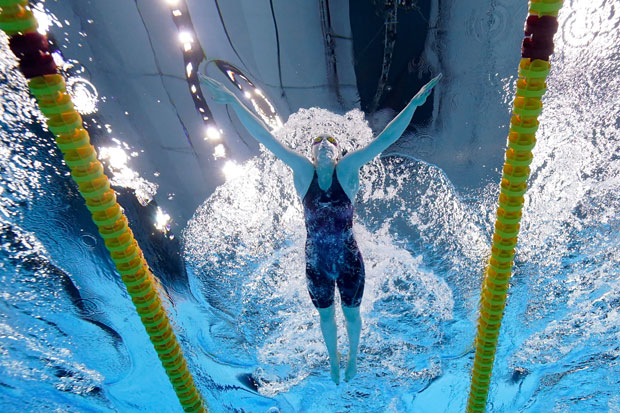 In addition to being a swimmer, she’s a musician.

The impressive Olympian, whose parents are licensed boat captains, is a singer and plays stand-up bass as well as guitar, according to Anchorage Daily News. She’s performed at Alaska folk festivals over a few summers as part of the band, Snow River String Band and has even showed off her vocal skills by singing the national anthem at “a couple of swim meets.”

She plans on attending the University of Texas.

Lydia would like to be a part of the college’s swim team after she graduates from Seward High School in 2022. She announced her plans in an Instagram post on Nov. 30, 2020, which can be seen above. “I’m absolutely thrilled to announce my verbal commitment to swim and study at the University of Texas,” she wrote in the caption for pics that showed her rocking a red Texas sweatshirt. “Thank you to my amazing friends, coaches, and parents for always supporting me, and to Carol and Mitch for giving me this opportunity. I can’t wait to be a longhorn! Hook ‘em 🧡🤘🏻.”