Marta Dusseldorp was deep into pandemic seclusion in Tasmania when she called her writer friend Andrew Knight, the co-creator of SeaChange, in Melbourne.

The star of Janet King, A Place To Call Home and Jack Irish had been working with him for more than 20 years dating back to the miniseries After The Deluge. 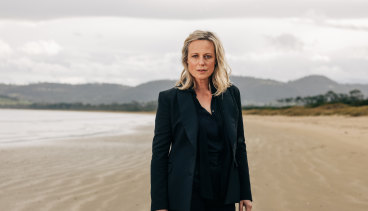 “It’s a creation of all the women I’ve wanted to play”: Marta Dusseldorp.Credit:Adam Gibson

“I rang him and said ‘you’re not in some bunker in Russia, are you? You’re home? Can we have a chat?’,” Dusseldorp says.

“I said I’ve been living in this most extraordinary place here in Tasmania and I think there’s a story that we could tell together. He said ‘alright, let’s start having a yarn’.”

The result is an eight-part crime-thriller series called Bay Of Fires that will shoot for the ABC in Tasmania next year. Created by Knight, Dusseldorp and Max Dann and announced in Hobart, it was developed largely over Zoom with occasional meet-ups for brainstorming and plotting.

Dusseldorp will play Stella Heikkinen, a single mother of two in so much danger after a company betrayal that she has to move her young family to a remote spot – “a tiny community rife with simmering feuds, crime and sometimes murder” – in Tasmania.

“She’s 10 dimensional,” Dusseldorp said of her character. “It’s a creation of all the women I’ve wanted to play.”

As with Cate Blanchett (Stateless) and Nicole Kidman (Big Little Lies), she is moving into television producing with the series.

But it won’t be the first time she has produced. 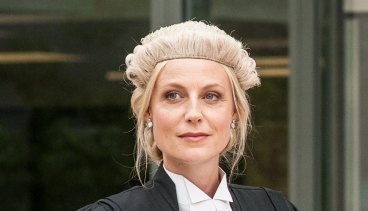 Since COVID hit, Dusseldorp and her actor husband Ben Winspear have put on six shows in Hobart.

“They’ve ranged from installations to musicals to straight theatre,” she says.

But being a first-time producer, creator and actor in a series has shown her all the intricate details that go into making television.

“I can’t wait to learn more then just keep doing it,” Dusseldorp says. “It’s really where I want to be now: leading shows and collaborating with really fabulous people.”

Her next show is starring opposite fellow Tasmanian resident Essie Davis in The Maids on the Hobart stage from next week.

Dusseldorp says the ABC picked up the one-hour series as soon as they pitched it.

“It was definitely a story that got people excited,” she says. “They felt it was unique, that it had a really strong original tone to it and the fact that it will be set on the west coast of Tasmania, I think for everyone, made it even more exciting.

“It’s a place that hasn’t seen much filming so the world doesn’t really know what’s there but I can tell you it’s the perfect spot for this show.”

The series will be shot in Zeehan, Queenstown and Strahan on the west coast, though the evocative working title refers to a bay on Tasmania’s east coast. 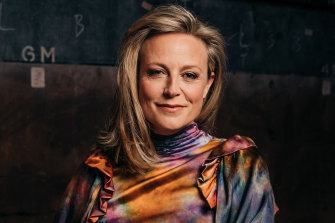 “It’s a little bit tongue in cheek,” Dusseldorp says. “We really want this to be a crime thriller, though obviously in the hands of Andrew Knight there is beautiful levity in that and humour and hope.

“But, essentially, it’s an Ozark meets Fargo with a little bit of Schitt’s Creek because the communities that you meet here are so strong, so detailed, and that’s the world we’ve tried to draw in the show.“

The creators see Bay of Fires as a new look at “Tassie-noir” that is also partly a Western.

“Zeehan is the perfect location,” Dusseldorp says. “There’s one road and there’s the pub on one side and the Gaiety Theatre on the other. Then there’s a mechanics and a post office.

“So it’s about creating that very sparse environment … then building it slowly. There’s a lot of danger, there’s a lot of things coming for her and for the community.”

While Dusseldorp has had leading roles on television since Janet King, she is relishing the rise of shows built around strong women. And she hopes Bay of Fires will continue that for at least three series.

“Now we can write them and we know we can sell them,” she says. “And we also know that they are the most watched.”