The “Martha Knows Best” host, 79, revealed that she is recovering from surgery to repair her ruptured Achilles tendon.

Stewart told her Instagram followers that she underwent a three-hour operation at NYU Langone Health on Tuesday after injuring herself a while back.

“Not the prettiest photo nor the happiest back story,” she captioned a picture of her bandaged leg on Wednesday. “Bad timing all around. Ruptured my Achilles’ tendon a while ago. Tried to get it to heal on its own to no avail.”

The “Martha Bakes” star told fans that she has “to lay still with [her] leg elevated for two weeks.” After that, she needs “another two to four weeks [on] crutches,” she wrote.

“Most such ruptures occur when dancing or playing sports. Mine was caused by a surprise step into a hole in the dark getting out of the car,” she explained. 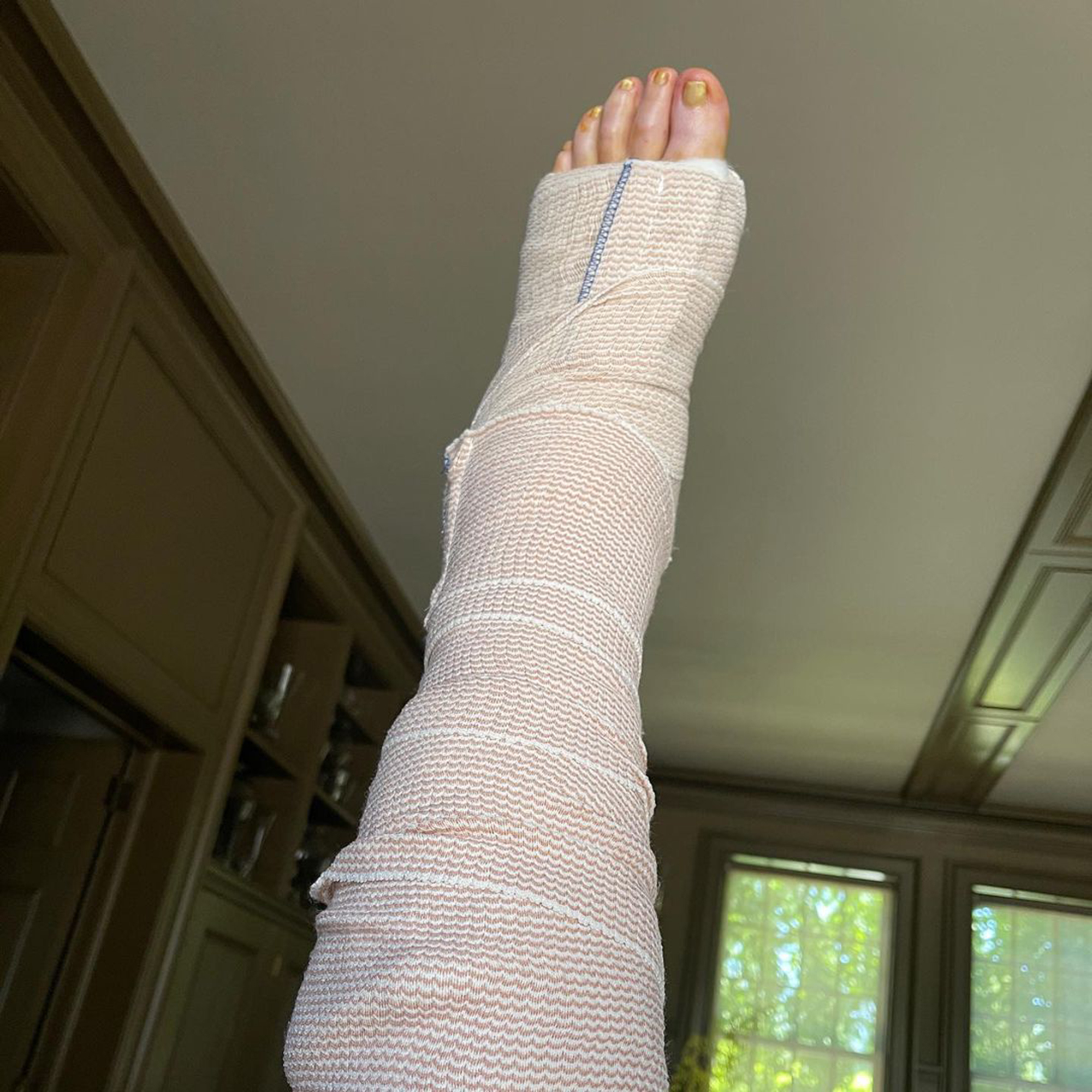 “Thank you NYU for attempting to make me whole again,” Stewart concluded her post.

Other celebrities were quick to send well-wishes to the businesswoman after she shared the news.

“Your [sic] still so sexy !!! so so so sexy!” Drew Barrymore commented.

“Oh my dear!!! so sorry for that ! get well soon,” chef Geoffrey Zakarian wrote.

Stewart later proved she was in good hands when she welcomed some medical advice from friend and “Grey’s Anatomy” star Ellen Pompeo.

“Glad to hear you are on your way to a full recovery !!! Lots of love from your favorite fake doctor ❤️,” the actress, 51, commented.

“@ellenpompeo so doctor what do you recommend?” Stewart quipped in response.

The lifestyle guru wrote that she hopes to resume “normal activity” after getting off crutches.