Special Care Baby Unit is accused of ‘shaming’ mothers with a poster saying ‘don’t look at your phone, look at your newborn’ – but parents insist browsing offers ‘a lifeline’

A UK hospital has come under fire for ‘shaming’ new parents for looking at their mobile phones while feeding their newborns.

A poster put up on the walls by staff at the Special Care Baby Unit (SCBU) at Yeovil District Hospital asked new parents to look at their baby while it was feeding, not their phones.

The sign has sparked fury after a new father uploaded a photo of it on to Twitter, saying: ‘I’m on SCBU with my 5 day old. This poster makes me sad…’ 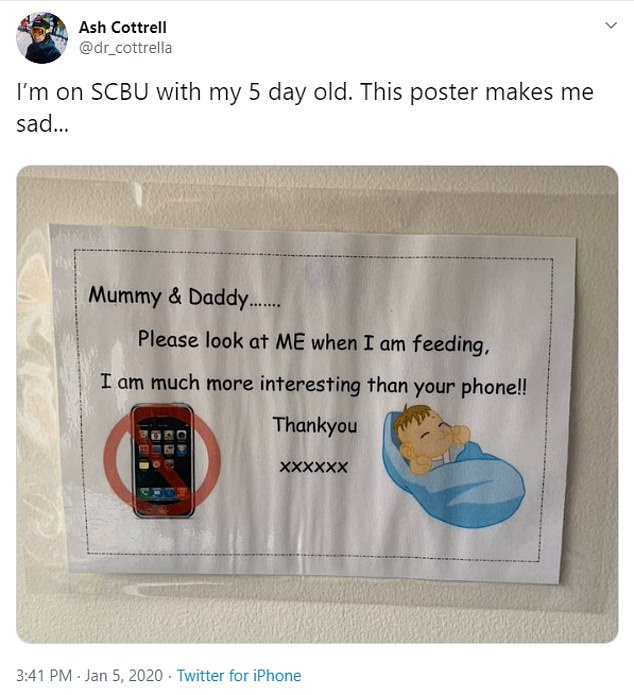 New father Dr Ash Cottrella shared an image of a poster on the walls of the Special Care Baby Unit (SCBU) at Yeovil District Hospital, which asked parents to look at their newborns, not their phones while feeding them 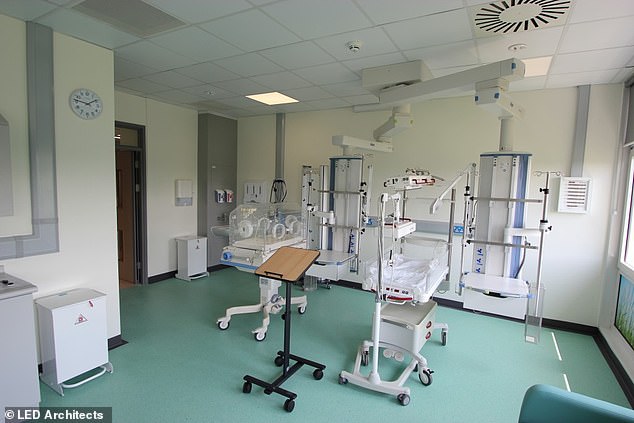 The advice has been slammed by parents on Twitter, many of who said their phones provided them a link with the outside world during an ‘isolating’ time. Pictured: the Special Care Baby Unit (SCBU) at Yeovil District Hospital

The tweet, which has now had 400 likes, showed the poster, which reads ‘Mummy and Daddy…Please look at me when I’m feeding, I am much more interesting than your phone! Thank you xxxx’.

Next to it was a photo of a mobile phone circled with a red prohibited sign.

The hospital has defended the poster, saying the advice ‘is all about encouraging bonding as well as strengthening milk flow.’

However, the tweet has seen hundreds of parents defend using a mobile phone in the special care baby unit, with one saying browsing gave her a lifeline in an isolating time.

@FramePRUK wrote: ‘Gosh, that I so wrong of them to suggest it’s ‘bad parenting.’ Phones are a lifeline to well wishes, normality and so much more when you have a newborn/are in hospital.’ 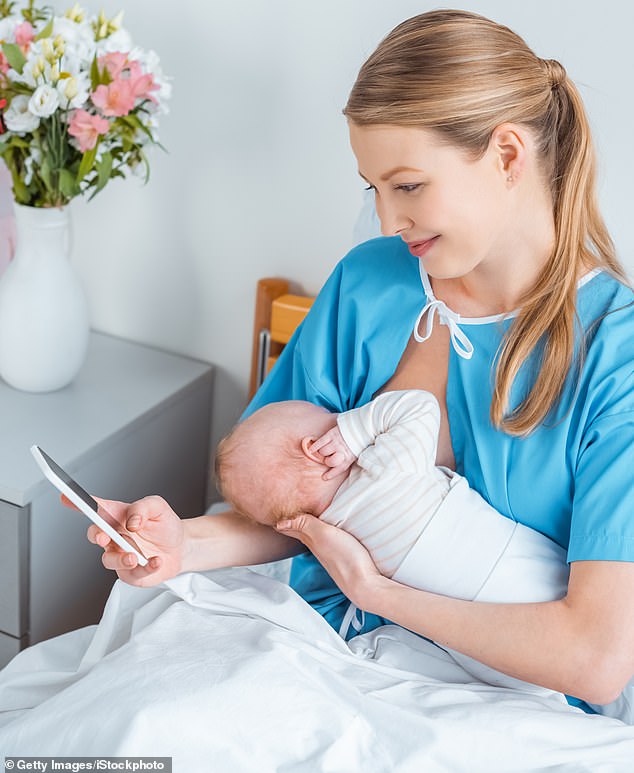 @RuthAnnHarpur said: ‘Poster is all manner of sanctimony. Do whatever you need to do to get through.’

@daisyx3 added: ‘Oh no! Awful poster. I was in SCBU with a five day old and my phone was a lifeline. I was isolated and frightened (we’d been readmitted) and my phone meant I could stay in touch with people and read up on what had happened to us.’

@letties_MH penned: ‘When you’ve got a baby cluster feeding for hours it tends to get a little boring. There I said it!’

@moviefeminist wrote: ‘I had son 1 pre-smartphones and we were both kept in for a week and I almost went mad with isolation, loneliness and boredom on top of a hideous labour and recovery. (No tvs in ward either).’ 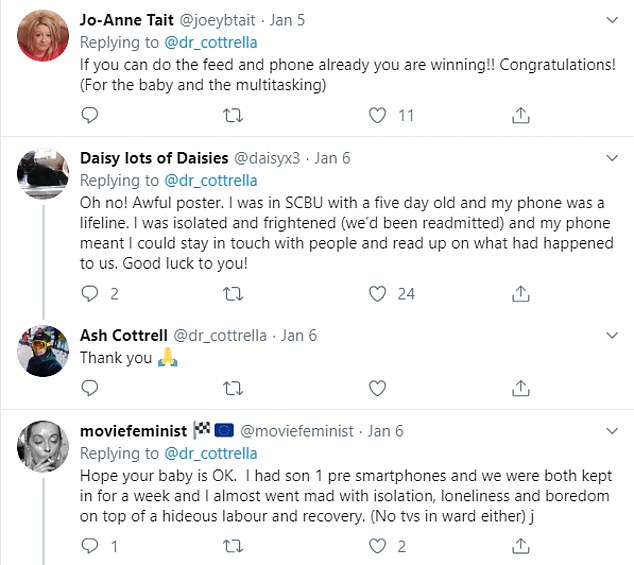 The hospital said in a statement released to the Mirror: ‘These posters were created by our Special Care Baby Unit nurses following UNICEF baby-friendly accreditation training and have been in place for a few months.

‘They are intended to be used only within the context of the unit, where we support mums of premature or very poorly babies in building a healthy connection.

‘They have very successfully worked as a conversation starter for our team and feedback has been very positive.

‘Being separated from your baby is very difficult for many of our new mums and our advice is all about encouraging bonding as well as strengthening milk flow.’