Melanie C and Gleb Savchenko were sent home in the most heartbreaking elimination yet of Dancing With the Stars season 30. At the last second, Len Goodman chose to save Olivia Jade and Val Chmerkovskiy, which meant Grease Night was the end of the road for Melanie and Gleb.

“I’m really, really disappointed. Absolutely gutted,” Melanie told reporters, including HollywoodLife, after the elimination. “We can say all the things like everyone is brilliant. We have really gone out there and done great dances. We just did not want to go home at this point. We really thought and hoped we’d have a little bit longer in the competition.” 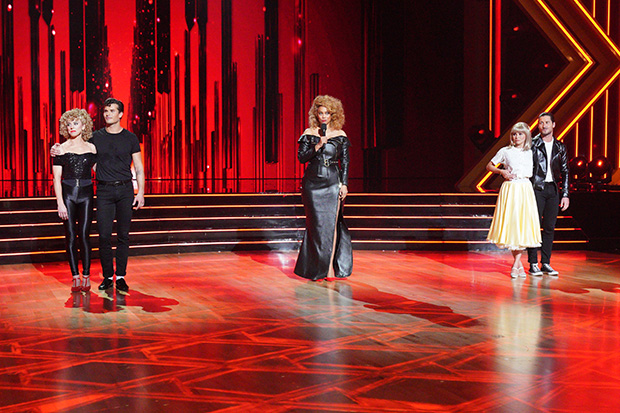 Gleb admitted the elimination “feels like sh*t. I am feeling like shit.” He added, “I have the best partner ever.” Melanie and Gleb danced second to last, earning a 36 out of 40 from the judges, one of the highest scores of the night.

During the episode, Melanie opened up about being difficulties in showing her vulnerabilities. The Spice Girls star got emotional talking about what the DWTS experience has meant to her.

“I’ve always loved this show. I have always been a little bit fearful of doing a show like this. I think part of it is because you can be vulnerable, and it can be quite an intrusion into your privacy,” Melanie said. “We’re filmed all day, every day in rehearsals, and I’m not used to that environment. Well, probably not since the ’90s, being a Spice Girl, and having cameras follow us around everywhere. So that was a bit of a scary thing for me.” 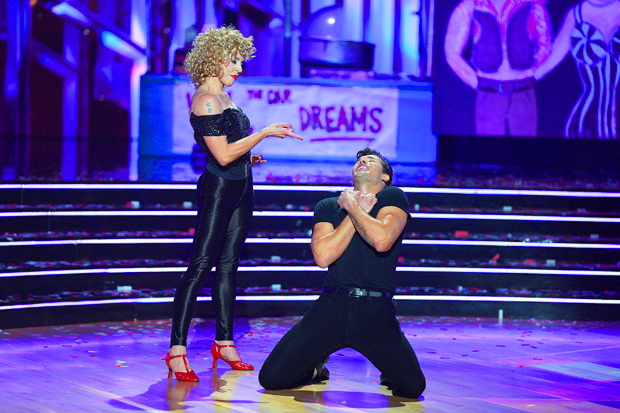 Melanie said she feels “very proud” of herself for what she’s accomplished. She admitted that she “had such high expectations of myself, and I felt like everybody else had very high expectations of me. So that put a lot of pressure on me and each week it was really, really difficult to go out there, and then I never danced to the best of my ability. But I did it. You know, I go home today, and I’m proud of myself for that. I think, you know, I’m 47, I’m a very experienced performer, and it just goes to show you never stop learning.” Dancing With the Stars airs Mondays on ABC.