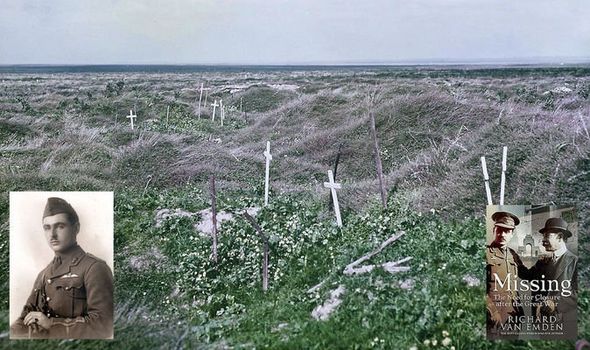 EMILE MOND’s letter to his pilot son Francis, serving with the Royal Air Force in France, concluded: “The swallows in my porch are chirping most noisily while I write… I was so amused to hear about your old interest in birds nesting. Keep it up, old man. The more hobbies one has in life, the better. Your affectionate father.”

The bucolic image had been sparked by Francis’s last letter to Greyfriars, the family’s home in the Sussex Downs, in which he said he had been birdwatching in-between flights over theWestern Front.

But his father’s reply, dated May 14, 1918, was swiftly returned to Emile and his wife Angela, with “Deceased 15/5/18” handwritten on the envelope.

Captain Francis Mond, 23, had been shot down and killed with his Canadian observer, Edgar Martyn, as they returned from a bombing raid behind German lines the day after Emile had written.

Their DH4 aircraft had crashed outside the small French hamlet of Bouzencourt near the town of Corbie. 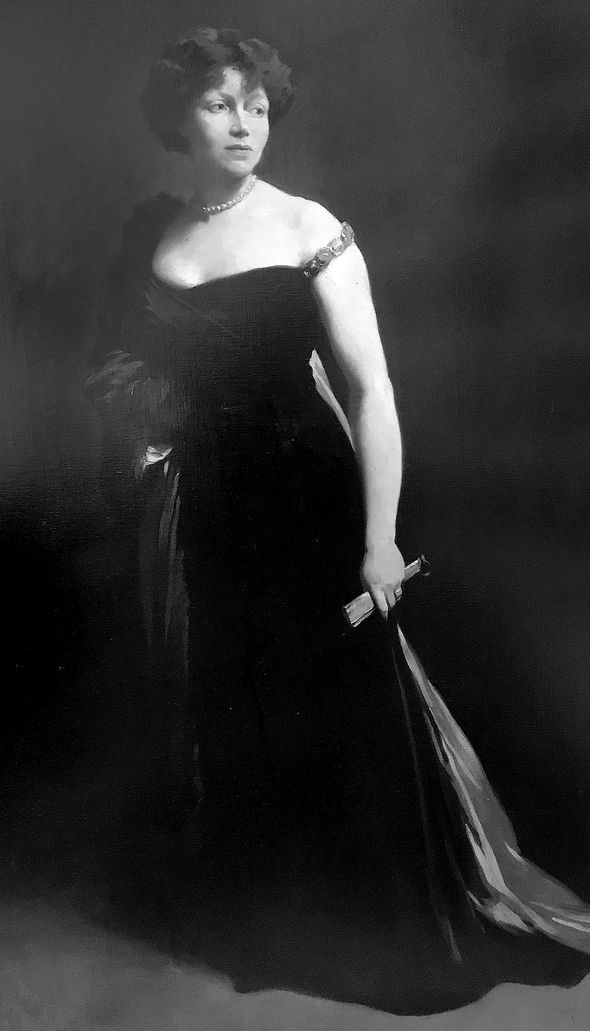 Emile and Angela Mond were indistinguishable from countless other parents suffering the same mind-numbing shock.

With every death came an explanation of sorts.

Sympathies were offered up in hastily penned notes from a commanding officer or a close pal, written to reassure parents that death was instant, no pain felt, even if that was untrue.

In this case, a Lt Colonel Neil Freeman, of the 31st Battalion Australian Imperial Force, wrote to console the wealthy society couple.

He wrote: “Death had been, of course, instantaneous. I think that your son was probably killed in the air. Both bodies have been sent to the rear, where they will be buried in a military cemetery.”

But the Mond story did not develop the way most did.

In a curious twist, Francis’s body was recovered and identified, but was then lost.

Days after learning of his son’s death, Emile wrote to thank Lieutenant Harold Hill, 29, a former sheep shearer from Victoria, Western Australia, who according to Lt Col Freeman had risked his own life to recover the two bodies from No Man’s Land.

“If anything can alleviate our grief it is to know that our dear boy lies now buried within our lines – and this we owe to you,” he wrote.

It must have been an extraordinarily emotional meeting.

Barely a month earlier, he had pulled their dead son from his wrecked plane.

The circumstances were now painfully clear and the crash site could be located accurately on any map.

But where had the two bodies been buried and which cemetery would the family visit after the war?

By August 1918, Angela wrote to the authorities to ask where her son was. 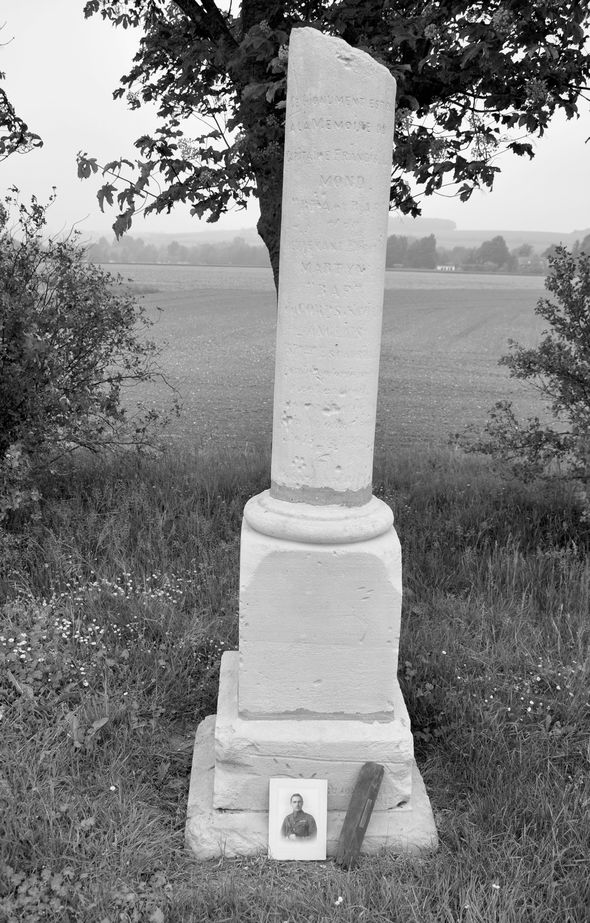 No burial report had been processed.

After being taken to a dressing station known as Smith’s Farm, the bodies had apparently disappeared.

Francis and Edgar were now two of some 400,000 men and women left with no known resting place.

Coming from an affluent family, Angela had the means and the time to search for her son.

But wealth could be its own curse, condemning families to open-ended investigations and paralysing lives.

And how long would the nation sanction further searches?

Never long enough, many would ultimately feel, leaving mothers, fathers and widows vainly hoping that one day, a missing soldier might miraculously walk in at the back door left permanently unlocked.

With hundreds of thousands missing, bodies were being found every day.

It was very much down to luck.

Private John McCauley wrote of battlefield exhumation: “Often I picked up the remains of a fine brave man on a shovel. Just a little heap of bones and maggots to be carried to the common burial place.”

The science of searching for bodies was known as “spotting”. 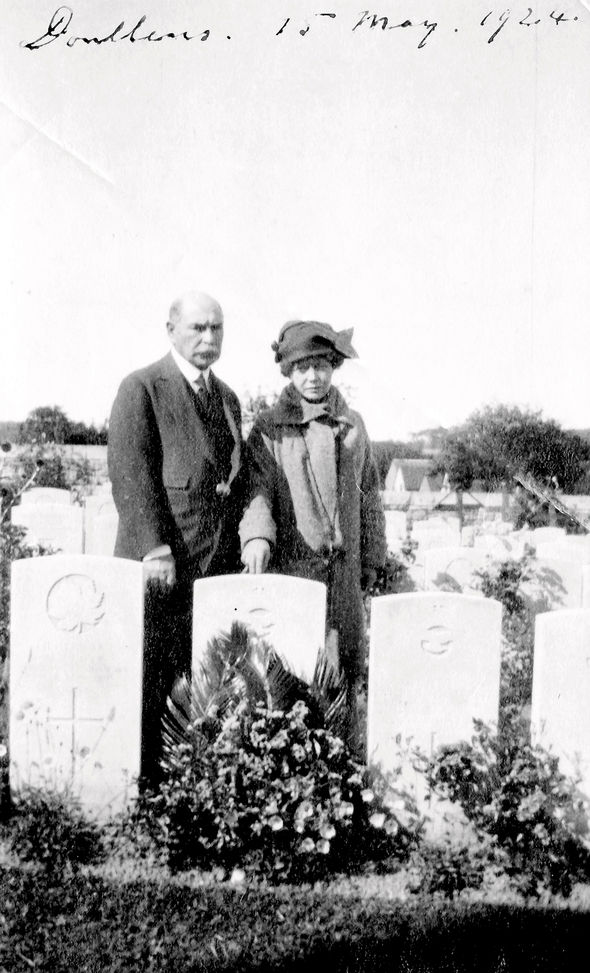 Grass was greener and the grass blades broader where bodies lay undiscovered.

When a body was found without identity discs, the remains were carefully searched for clues, such as an identity bracelet with a name scratched on the side.

Boots were examined for a regimental number often found stamped into the leather.

After his visit to England in June, Lieutenant Hill had returned to the frontline.

On August 29, he was shot in the chest but survived.

While recuperating, he stayed as a guest at Greyfriars, sharing the Monds’ bewilderment over their missing son.

Incredibly, he returned to the Somme days before Christmas 1918 and spent a week making enquiries about the missing airman.

“He searched a large number of cemeteries. He has seen people who remember the occurrence, but no one seems agreed as to who had responsibility for the burial, and no records can be found of any graves under those names,” wrote Angela.

It stood to reason that if the men were buried, then they must be in, or close to, the town of Corbie, near where the bodies were last seen.

She could get no further than the last definite sighting of her son at Smith’s Farm.

Then, just before Christmas 1921, it was suggested that as the bodies of Captain Mond and Lieutenant Martyn had no identification, perhaps she should consider burial reports of “unknown officers” rather than just RAF officers.

Angela’s heart must have sunk.

Now, she should be looking for the graves of any unknown officers buried within a 10-mile radius of Bouzencourt.

During her many visits to France, there was one place where she could always visit and know she was in the right location.

That was the precise spot where her son died.

Many French families had returned to their land, reestablishing homes and replanting crops.

The Monds feared the crash site would be put back under the plough so shortly after the Armistice, they bought the 1,900sq m field where Caesar, Francis’s DH4, remained entangled in weeds.

In the absence of graves, Angela erected a memorial to the two men.

But the search for her son had stalled, despite Angela sending letters to hundreds, if not thousands, of soldiers identified as having served in or around Corbie at the time of the crash.

And then came a breakthrough.

Could the burials be a case of mistaken identification?

It was not a possibility she had considered.

A number of aircraft had been lost on May 15, but via a process of elimination, Angela fixated on one aircraft of 11 Squadron, shot down within hours of her son. 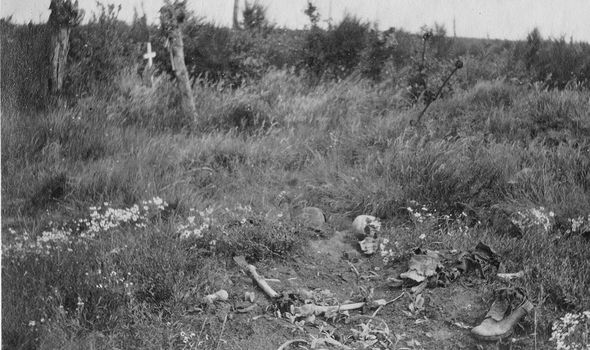 The bodies of Captain John Aspinall and Lieutenant Paul de la Cour had reportedly been recovered and buried north of the Somme in Graves 27 and 29 at Doullens Communal Cemetery.

But if the aircraft had been shot down behind enemy lines and in flames, as reported, how could their bodies have been identified, let alone recovered and buried in Allied territory?

Could these two graves hold the remains of Francis and Edgar?

They had put down the recovery of the bodies to “some extraordinary fluke”, wrote Captain Aspinall’s commanding officer, Captain John Chick to Angela.

The Imperial War Graves Commission was cautious about admitting a mistake.

Even Captain Chick felt guilty at reopening old wounds: “You realise that as an officer I have felt that I am rather letting down Captain Aspinall by perhaps disturbing his people’s peace of mind.”

Angela was required to find more proof, even writing to Berlin to track down a German combat report that verified Captain Chick’s beliefs.

A dossier was finally handed to Captain Aspinall’s father Herbert, who agreed to an exhumation, which both he and Angela Mond would attend.

A small party clustered around Grave 27 where Paul de la Cour was meant to be buried.

The gravediggers began their work.

A wooden casket was found about 6ft below ground and the lid prised open. 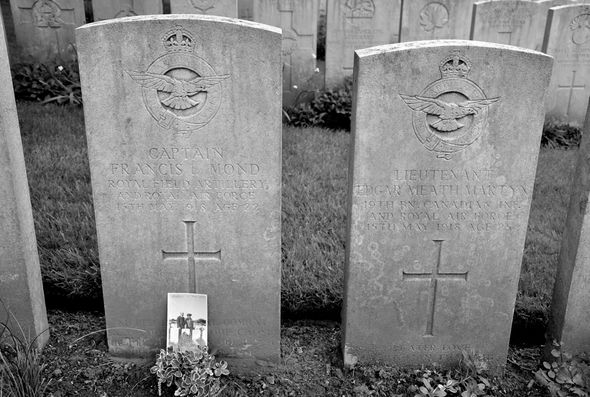 A sample of hair sent by Lieutenant de la Cour’s widow from South Africa was less coarse than that found on the body and signs of an old fracture to an arm were absent.

It was decided to open Grave 29, where another coffin was discovered.

It was lifted and opened to reveal the body of a male, height approximately 5ft 9in, with light brown hair.

There was no clothing, and no identification disc.

Francis Mond’s dental records had been prepared and the upper and lower jaws were examined for matches.

One canine tooth was broken.

It was a match.

Almost five years to the day since Angela and Emile had bid farewell to Francis, Angela had finally found her son.

In the autumn, the correct headstones were placed above the graves.

On Francis’s grave was inscribed: “There must be something more precious than life since we are here.”

Angela was indebted to Herbert Aspinall for agreeing to the exhumation.

The bodies of Captain Aspinall and Lieutenant de la Cour, buried in May 1918 by the Germans, were never found.

Before their deaths, Emile and Angela went to Doullens at least once every year.

Emile made a final visit in August 1938, five months before he died.

In the visitors’ book, he wrote: “This cemetery is more lovely every time I visit the grave of my son. I feel it is a worthy resting place for those who have laid down their lives.”

• Missing: The Need For Closure After The Great War by Richard van Emden (Pen and Sword, £20). For free UK delivery, call Express Bookshop on 01872 562310, or send a cheque/PO payable to Express Bookshop: Missing Offer, PO Box 200, Falmouth TR11 4WJ or go to expressbookshop.co.uk