MOTHERCARE has slashed prices across all ranges by up to 60 per cent in a closing down sale where everything must go.

The latest blow to the high street came earlier this week after the failing retailer collapsed into administration. 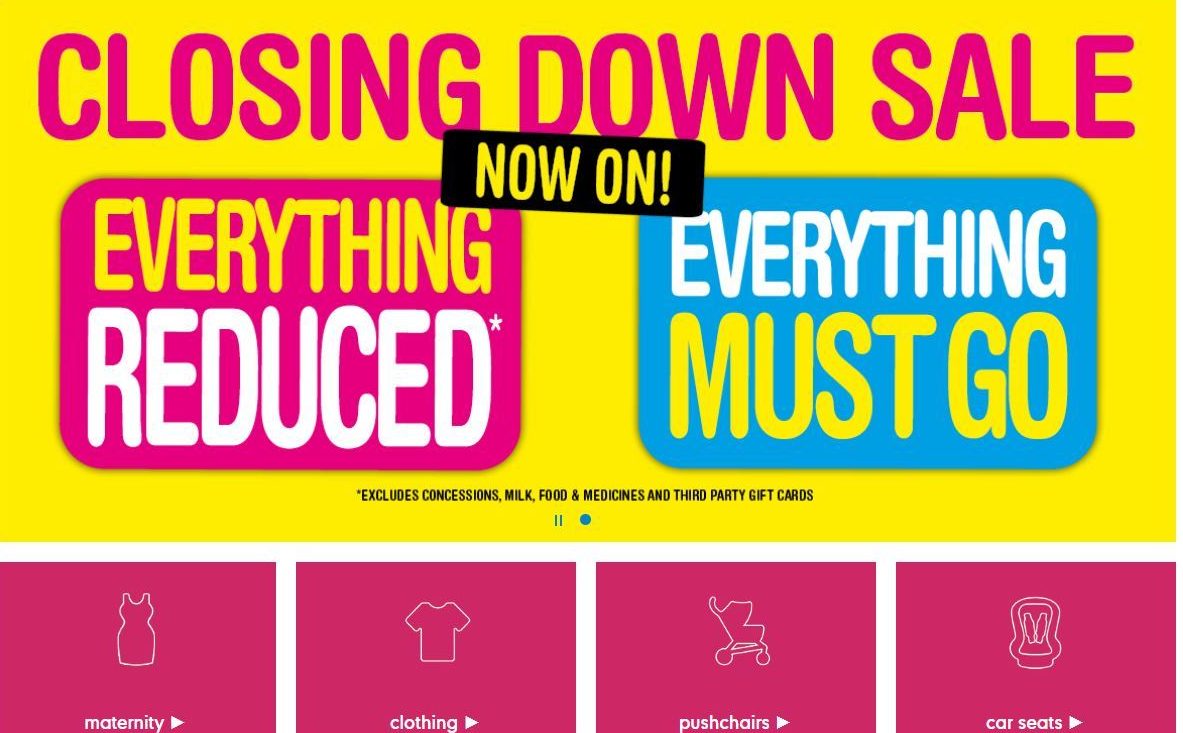 The chain has been a household name since 1961 but now all 79 stores will close their doors for good within the next few months, putting more than 2,800 workers out of a job.

The retailer has now cut prices in a bid to shift stock before all stores draw the shutters for the last time.

Discounts can be found across a number of products such as prams, pushchairs, car seats, baby clothes, maternity clothes and nursery furniture.

Trouble on the high street in 2019

MOTHERCARE isn't the only retailer to have struggled in 2019.

On Tuesday, the retailer said it was exploring plans to keep the online side of the business alive but by Friday it announced that it will be shutting that down too.

Shoppers can get the deals online as long as the website is running, although you may find better prices in store.

For example, online you can buy a Mothercare Milan Highback Booster car seat for £20, reduced from £50.

Stock levels are high, according to the brand, but you might not want to hang around because once the bargains have been snapped up they won't be replaced.

All product warranties and guarantees will remain valid and, although you won't be able to buy them, the retailer is still accepting Mothercare branded giftcards.

You won't, however, be able to pay for your shopping with thirdparty giftcards, such as Love To Shop vouchers.

A spokesman for Mothercare said: "This is a great opportunity for customers to pick up some amazing deals as everything is reduced."

Earlier this year, the troubled brand closed down 55 branches in a bid to cut costs and save the business.

It blamed cheap supermarket alternatives and the rise of online shopping for its failure.

The administration doesn't include Mothercare's international arm of the business, which will continue to operate more than 1,000 stores in over 40 countries all running as franchises.

Only 50 UK head office staff will stay on to manage running the overseas stores.

Bosses came under fire after receiving £560,000 in bonuses just months before the chain's collapse.