WE are fast approaching Christmas time and Mr Kipling has launched a new boozy flavour of French Fancies and they taste of Irish cream.

The “Irish Creme” cakes are part of a new festive range and they feature vanilla sponge covered in an Irish cream flavoured fondant icing. 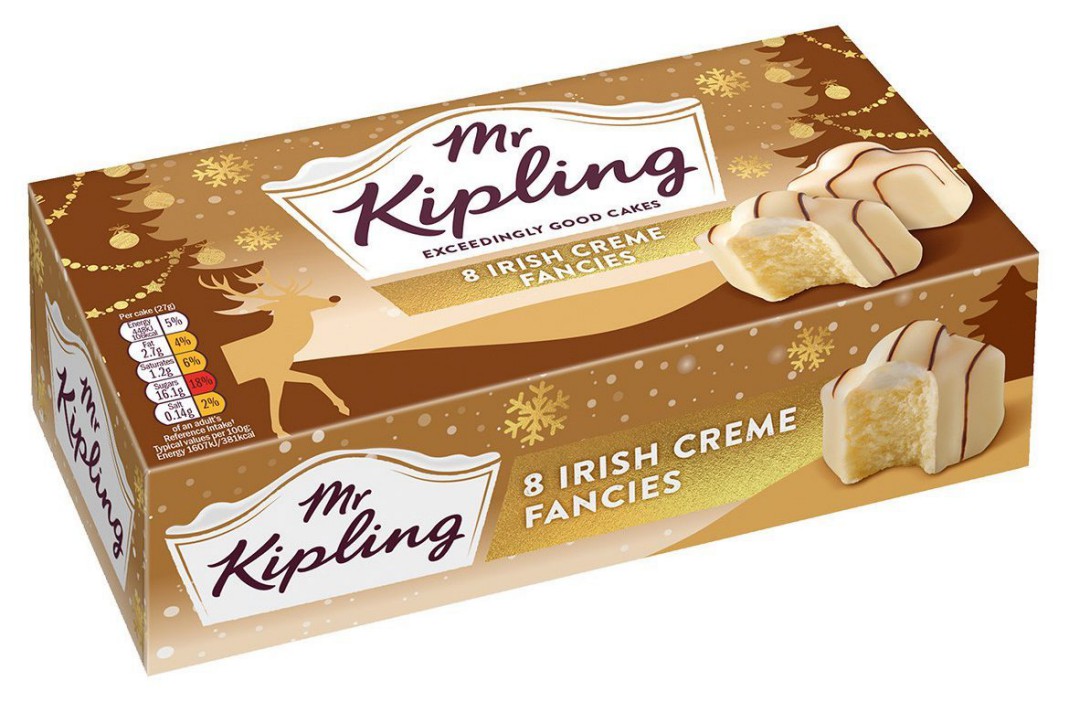 In September this year, these eight fancies were being sold in Asda for £1.80, a 30p hike in price, which worked out at around 22p per cake.

They are now available in supermarkets nationwide including Asda, Morrisons and Iceland on their online stores and cost £1.50 for a pack of eight.

Mr Kipling has also recently released a new pack of Frosty Fancies as part of its Christmas selection.

These are made with a white fondant icing and cost £1.50 for a pack of eight in Asda.

We’ve found that they are being sold online in Tesco, Iceland, Waitrose and Asda.

Be careful not to scoff the lot though as each Irish Creme cake contains 106 calories and the Frosty ones have 107.

Men are advised not to consume more than 2,500 calories a day, while it’s 2,000 for women, according to NHS guidelines.

In case you didn’t know, MR Kipling now does mint French Fancies and you can buy them in Morrisons and Tesco.

And McVitie’s white chocolate nibbles are also back in shops this Christmas.