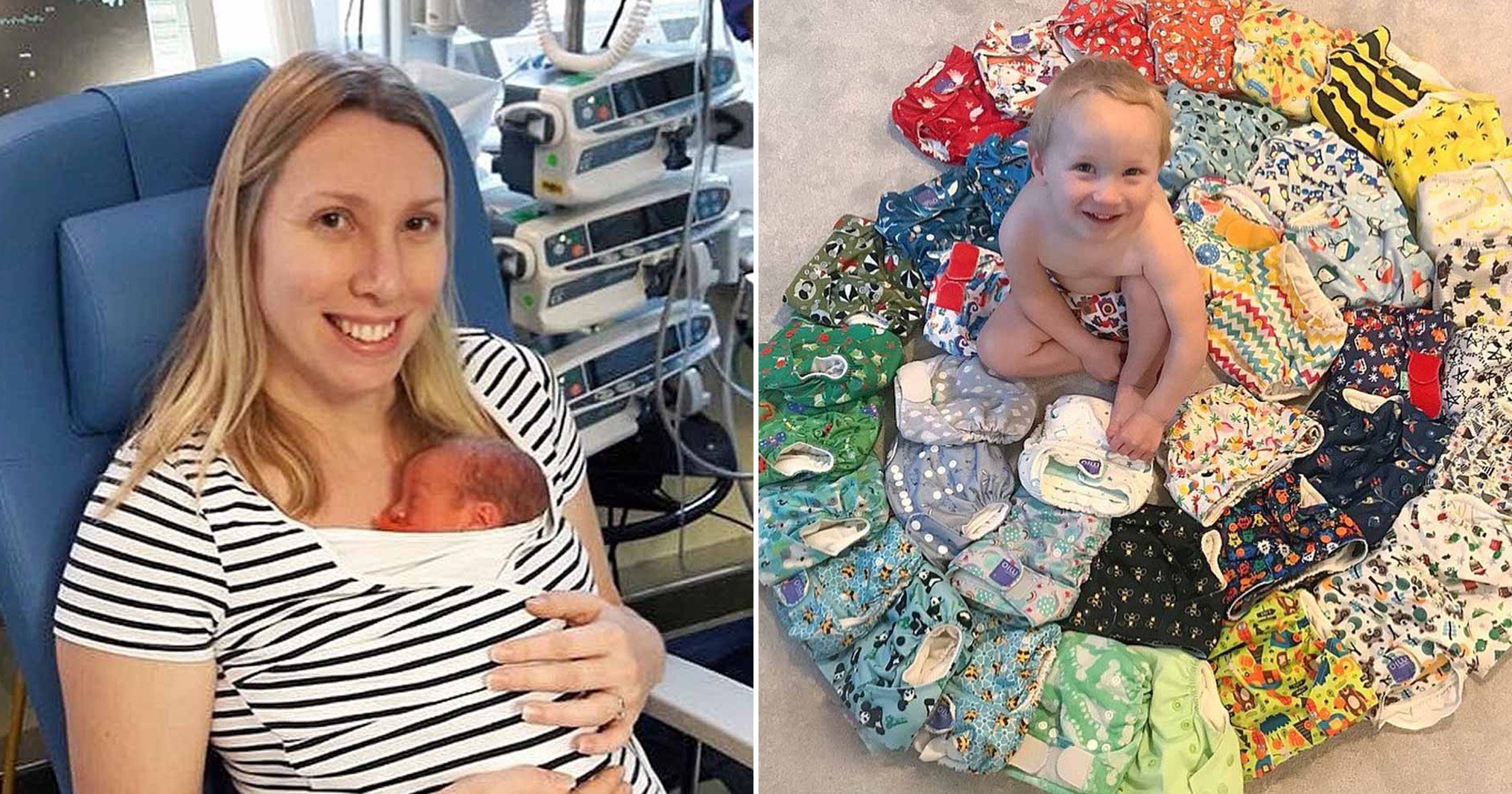 A ditched disposable nappies and baby wipes after she discovered they take up to half a century to decompose – and the switch has saved her loads of money.

Emma Reed, was horrified when she found out that 8 million disposable nappies are thrown away every day in the UK, and she pledged to make a change when her youngest son was born.

The 38-year-old has now turned the home she shares in Basingstoke, Hampshire, with her husband Rob, and their sons Jake, seven, and William, three, into an eco-friendly haven.

‘When I had William, I was very shocked to learn about the environmental impact having a baby can have on the planet,’ says Emma.

‘Everything I know about sustainable parenting I learnt on Instagram and online.

‘I knew nothing about it when I had Jake and when I was pregnant with William, I was taken aback when I learnt just how bad nappies are for the environment.’

As well as helping to save the planet, being more environmentally conscious has helped Emma to save money.

‘I would expect to spend £200 in total on reusable nappies and washable baby wipes,’ says Emma.

‘But disposable nappies and wipes in the long run would cost more like £1,200. It’s unbelievable.

Determined not to add to the growing pressure on the environment and to do her bit to reduce her carbon footprint, Emma stocked up on reusable nappies and washable baby wipes.

‘When I had Jake, I wasn’t aware reusable items were even an option,’ she says.

‘None of the information I’d been given at the hospital said anything about them. And even the way the baby aisles in supermarkets are stocked, you only seem to get told about disposable nappies.

‘By the time I had kids, most of my friends had already had children and they had all used disposable nappies.

While many people fear it will be too time-consuming to wash nappies and wipes, Emma maintains it is easy.

‘It’s really not the hassle people might believe it is. It was very straight forward,’ she says.

‘They are designed similarly to a disposable, with poppers or Velcro to do them up. So, as long as you’re happy to do the washing, they’re really easy to use.

‘The eco problem with nappies is that they’re out of sight, out of mind. We throw them away, but no one thinks about where they go after our bins get collected.

‘Nappies are full of plastic, but I never considered what they were made of before I started researching them. That was the main trigger for me to switch to reusable nappies.’

Emma has now made other aspects of her life more sustainable, too.

‘I started with nappies, but it’s spiralled from there,’ she explains.

‘I now use reusable cloth sanitary pads, we do our own composting at home and we’ve started to grow our own vegetables.

‘While I was breastfeeding, I started to use reusable breast pads too, instead of disposable ones. My eyes have been opened to all the disposable products that we’ve been sold over the years that we actually don’t really need.

‘There are a lot of reusable options out there which are better for the environment and also feel better for your bank balance.’

According to Emma, the only challenge she has faced has been educating other people about reusable nappies.

‘That’s the only tricky thing I’ve found,’ she adds.

‘I’m the first one in the family to use any of this, and William is the only child at preschool to be in a reusable nappy, so I had to teach all the staff how to use them.

‘At baby groups, I’ve only come across one other person using washable nappies. It isn’t very common, although it does spark up a lot of conversations.

‘It’s actually been a very positive experience of getting to speak to people about it.

‘I think most people are unaware that reusable nappies are even an option because, unless you’re online a lot, I don’t think you’d see them.’

Now, Emma plans to continue being a sustainable parent as her sons grow older.

‘William was premature, so we started using the reusable nappies with him at about six months old and we haven’t looked back,’ she says.

‘Now, he’s nearly four and still wears a nappy at night. I dread to think how many disposable nappies we would have gone through by now.

‘Instead, we’re still using the same nappies we bought at six months old, because they are size adjustable.

‘I think, if anything, we’re going to become more sustainable as a family as the years go by and we learn more ways to be eco-friendly at home.

‘I’ve kept the reusable nappies I bought for William, just in case we have any more children and I have lent some to my sister, because she had a baby last year.

‘I want to spread the word in the hope that other new parents will discover that there are more sustainable options.’