The federal election campaign has taken its toll on trans and gender diverse kids, with experts reporting an escalation in the number of physical and verbal attacks and parents struggling to cope with the fallout. 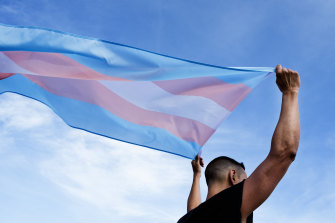 Transgender and gender diverse issues became an unexpected part of the 2022 election campaign.Credit:iStock

“The language that is being used by politicians is filtering into the schoolyards,” she said.

“Trans children are continually painted as outsiders, and even as dangerous, and people see it as permission to discriminate.”

The Gender Centre provides specialised services in NSW for transgender and gender diverse people and families, including counselling and psychological support.

Brook said the Gender Centre historically never had an issue with integrating trans and gender diverse kids into schools, and said that both the Catholic and public education system had been very supportive.

However, the combination of One Nation’s Education Amendment Bill, the proposed changes to the Religious Discrimination Act and now the politicisation of trans kids in schools and sport during the election campaign have taken a serious toll on the mental and physical wellbeing on trans children and their parents. 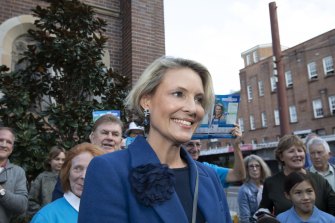 A spokesperson for ACON, a NSW-based health promotion organisation for LGBTQ+ people, said that over the past six months they had seen a 150 per cent increase in demand for their services, and a five-fold increase in enquiries from people seeking mental health care – the vast majority of whom were trans.

Ryall said that the reason for this, was not because trans and gender diverse people were mentally ill, but because of “social exclusion, feelings of isolation and discrimination that increase the likelihood of these young people experiencing mental ill-health.”

Yasmina is a mother of a transgender child living in the northern beaches electorate of Warringah, which became a national focal point for the trans debate.

She said the politicisation of the trans community has started to take a toll on her family.

“My anxiety is at an all-time high,” said the mother of three.

“When you have a trans child there is always that fear of, what if people’s views don’t align? I don’t want my child to be bullied or attacked.”

Yasmina’s daughter, who is nearly seven years old, has been involved in the local gymnastics and soccer club for years, and Yasmina said that her daughter being trans has never been an issue.

“It’s never been a problem, and with everything that is going on, I have spoken to our gymnastics club and asked if there is anything they are worried about moving forward or competing. And the answer is no.”

Yasmina said that, as a parent, having a transgender child was something that hadn’t crossed her mind until it was her child.

“As a parent of a very young trans child, she told us when she was almost four, I cannot explain that to you. She just knew, and still knows who she is.”

Speaking on the topic of trans women in sport, and the politicisation of transgender issues during the election campaign, Yasmina said that it was exhausting and hurtful to a community that is already marginalised.

“We are already vulnerable and prone to discrimination without the additional negative attention.”

Yasmina said that people should look for what we have in common, not the things that divide us.

“There needs to be education on accepting people for who they are. We are all human, we all have a heart. Seek facts, seek truth, talk to the trans community and find out how we are doing and how we can be better supported.”