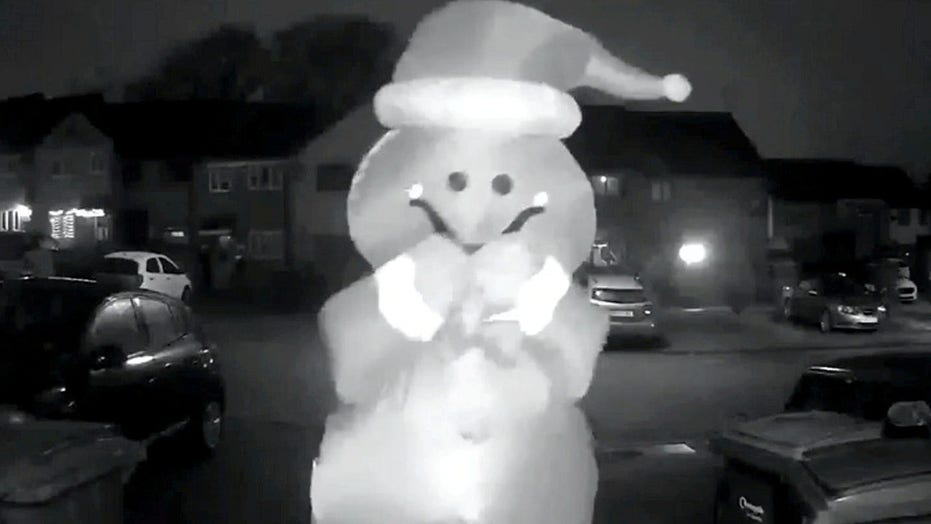 Everyone knows that Santa stops by on Christmas to deliver presents. Typically, he comes down through the chimney and leaves without being spotted. 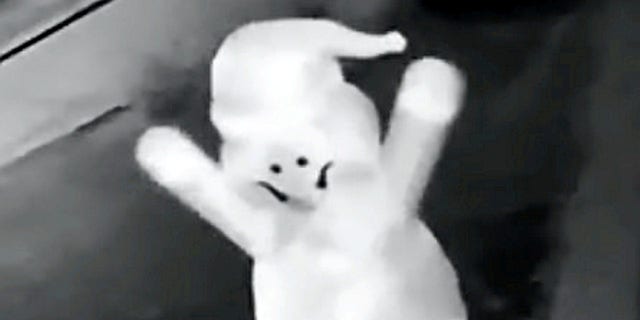 A mystery secret Santa has been caught on CCTV leaving candy for residents in a U.K. town.
(SWNS)

In one town in the United Kingdom, however, Santa is apparently sneaking around people’s driveways, leaving treats and presents behind.

Residents of Holbrooks in England began finding candy canes on their property, Southwest News Service (SWNS) reports. Initially, nobody could explain where the candy was coming from or who was leaving it.

Eventually, the culprit was caught by a home security camera. It turns out, it was Santa. 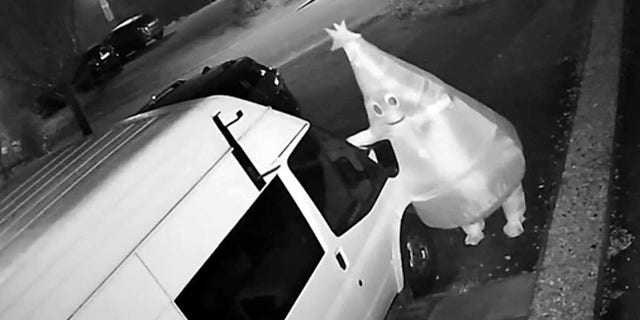 The mystery secret Santa has been spotted with a partner dressed like a tree.
(SWNS)

Well, someone dressed as a gingerbread version of Santa, along with a partner wearing a Christmas tree costume.

Becky Leaper spoke with SWNS about catching Santa on her cameras.

“Me and my husband found it really funny the first time,” she said. “And then the second time my husband thought someone was trying to break into our car so he opened the window and then burst out laughing. The tree then walked all the way up our drive and put a candy cane on the van as well, then went up to our neighbors.” 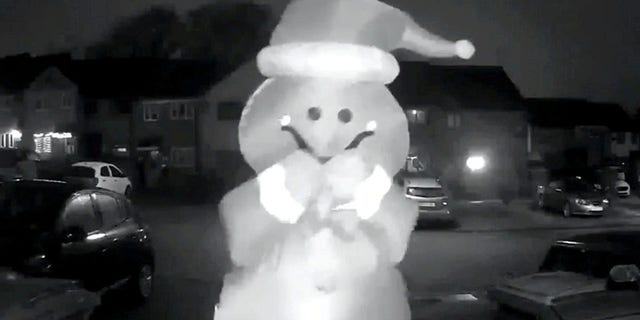 Locals don’t know the identity of the secret Santa.
(SWNS)

She continued, “The kids think it’s really funny and that Santa is having them delivered. We’re waiting to see who it will be this Sunday. We all think it’s great and after such a rubbish year it’s good to lift spirits – it’s nice for people to have a good laugh and the kids get excited to know who it is when everything else is so negative.”

Residents still haven’t figured out who is wearing the costumes, although they’re sure it’s a local.

Nikki Robins also caught the mystery gift-giver in the act.

“I received a notification that my doorbell camera had picked up some activity but when I checked it I was stunned,” she explained. “There was a big gingerbread Santa standing on my doorstep waving. It was really weird to see but I fell about laughing. I think it’s just brilliant that whoever is behind it is raising a smile for everyone. The kids on the road think it’s great fun too. We’re all just desperate to know who it is.”