Scientists have made a truly ribbeting discovery: a new species of frog.

The frog in question, Litoria mira, is a tree frog that’s been nicknamed the “chocolate frog” because of its brown coloring. Australian researchers found the frog in a swamp in the lowland rainforests of New Guinea.

“The closest known relative of Litoria mira is the Australian green tree frog,” Griffith University and Queensland Museum phylogeneticist Paul Oliver said in a press release. “The two species look similar except one is usually green, while the new species usually has a lovely chocolate colouring.” 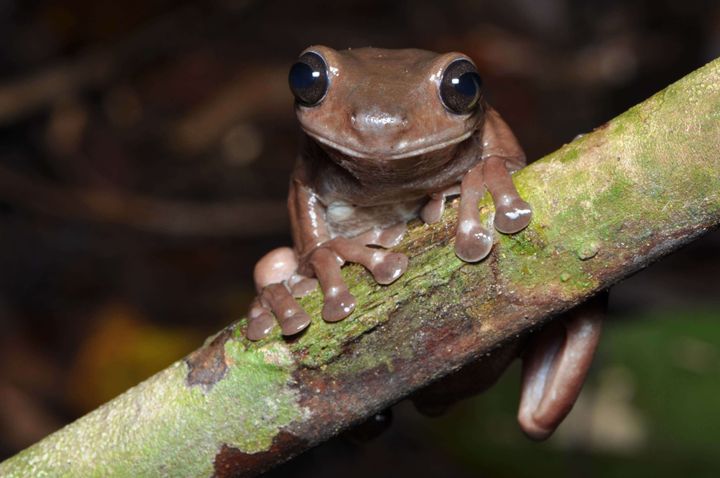 There are other differences as well, including a small violet patch at the edge of the newly discovered frog’s eyes. The chocolate frog is also smaller.

Oliver was the lead author on a paper published last month in the Australian Journal of Zoology about the frog, which researchers actually first spotted back in 2016.

The area where the frog was found is fairly inhospitable to people, which may be why scientists didn’t know about the frog before, Australian herpetologist Steve Richards told the Manning River Times.

“It’s swampy, it’s spiky, there are lots of malaria-carrying mozzies [mosquitoes], it floods, there are crocodiles and not many roads,” he said, noting that the very day he found the chocolate frog he also had to flee a bunch of giant hornets. “It’s a really unpleasant place to work.”

The researchers believe that the little brown frog may be fairly widespread in New Guinea, according to Science Alert. The frog’s scientific name is a tribute to the surprise the scientists felt at the discovery, Oliver said in a Griffith University statement.

“We named this new Litoria frog species Mira, which means surprised or strange in Latin, because it was a surprising discovery to find an over-looked relative of Austalia’s well-known and common green tree [frog] living in the lowland rainforests of New Guinea,” he said.