NHS worker, 23, finds love with a man 22 YEARS her senior

Woman, 20, who found love with a man 22 YEARS her senior when they met for a one-night stand insists they couldn’t be happier – but admits he has a father figure role after her own dad died

A couple with a 22-year-age-gap, who fell in love after meeting on a dating website, say they love it when strangers stare at them and have embraced a father and daughter role within their relationship.

Katie Robinson 23, from Sherwood, Nottingham, first met Chris Hodson, 45, online three years ago and claims they’ve been inseparable ever since.

The NHS worker who lost her father two months before meeting Chris, revealed their relationship developed unexpectedly as they had planned to initially meet just for a one-night stand.

Despite neither of them looking for a relationship, the pair found themselves falling in love and moving in together after two months. 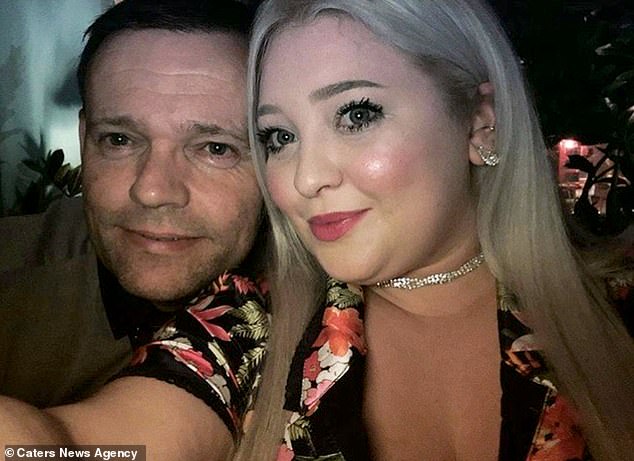 Chris Hodson, 45, and Katie Robinson, 23, (pictured), from Sherwood, Notts, who have a 22-year-age-gap say they ‘love it’ when people stare at them in the streets

Katie who says they ‘love it’ when people stare at them in the streets, feels that their age-gap love couldn’t be stronger.

The pair admit that Chris has taken on both a father and partner role for Katie since her dad’s passing.

Katie said: ‘We started talking on a dating site and we were only ever going to meet up to have a one-night stand.

‘I had not long got out of a five-year relationship with a guy my age, so I just wanted to have some fun.

‘I met him at a hotel, and we did the complete opposite – we got on really well and sat up talking until 4am.

‘This was both our first times meeting someone who wasn’t the same age as ourselves, but it was like we had known each other forever. 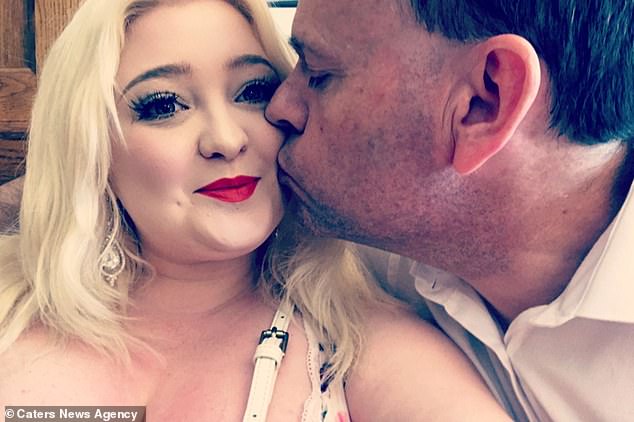 Katie says Chris who she met two months after the death of her father, is attentive and different to boys her own age 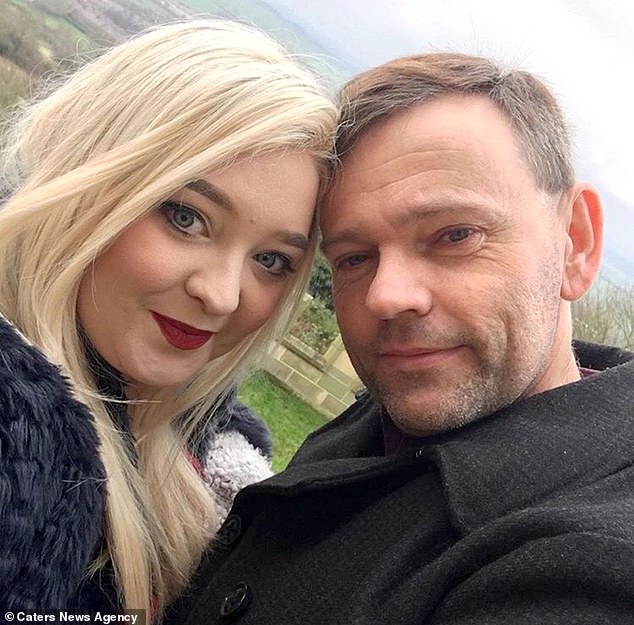 The 23-year-old revealed her mother Gill, 45, has shown support of her relationship with Chris who works as a railway signalling manager

‘He is totally different to boys my age, he is attentive and actually wants to hang out with me rather than playing on an Xbox.

‘We have been joint at the hip since the moment we met, it was only right for us to move in with each other.

‘I told my mum Gill, 45, about Chris, who is a railway signalling manager, after our first date and she supported our relationship.

‘I am the happiest I have ever been, we love travelling and have been to Italy, Greece and Spain together.

‘People tend to stare but we actually love it, we find it hilarious that people have nothing better to do.

‘He is always there for me and gives me advice when I need it.

‘Other couples feel intimated by us, because we are so in love and get on like a house on fire.’ 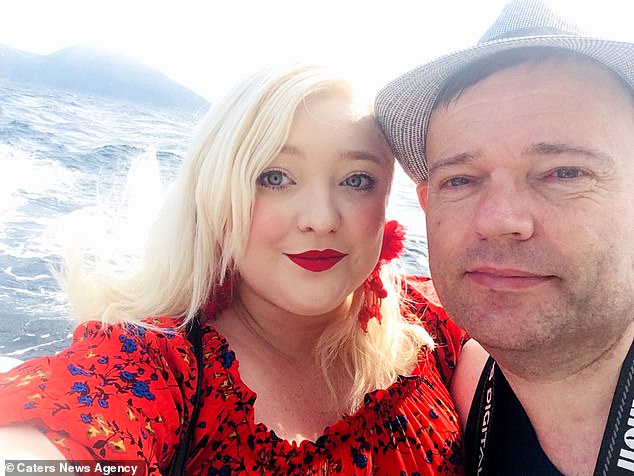 Katie who has enjoyed travelling with Chris to places including Italy and Greece, hopes they will one day get married and start their own family The pair who have plans to go travelling, say they hope to get married one day and start a family of their own.

Chris said: ‘Initially, I was nervous but flattered that a girl who is half my age had shown an interest in me.

‘Before meeting I thought we would never see each other again. But after a few hours of getting to know each other, I started getting butterflies and a desire to see Katie again.

‘We spent the night together and to my surprise Katie felt the same.

‘I have never dated a younger girl before, but Katie makes me feel so alive. She is so outgoing and loving.

‘I fell in love with her quickly, and even three years on I still get the same excited feeling when I am on my way home from work.

‘Katie had lost her father about two months before we met, and this meant I have also assumed a father figure roll alongside being a partner.

‘This dual role has made our bond very strong and people have difficulty understanding but to be honest, I wouldn’t understand until I experienced it myself.’ 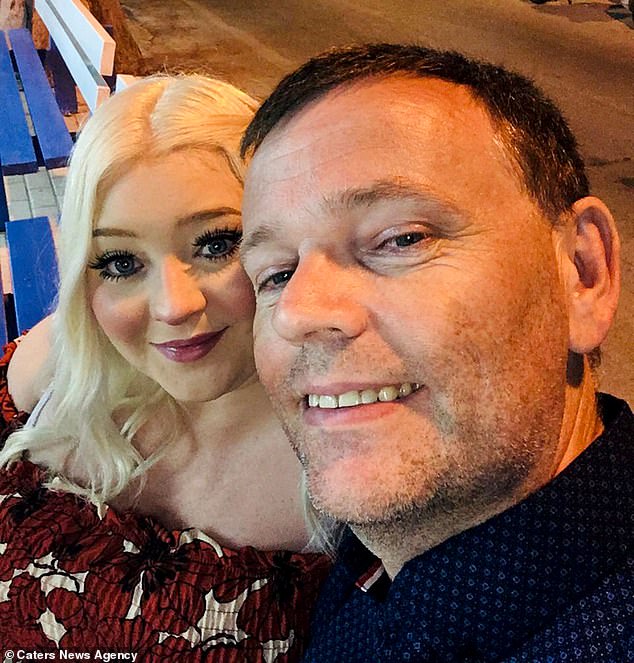 Chris says people have a difficult time understanding how his role as a partner and father, has made his bond with Katie strong