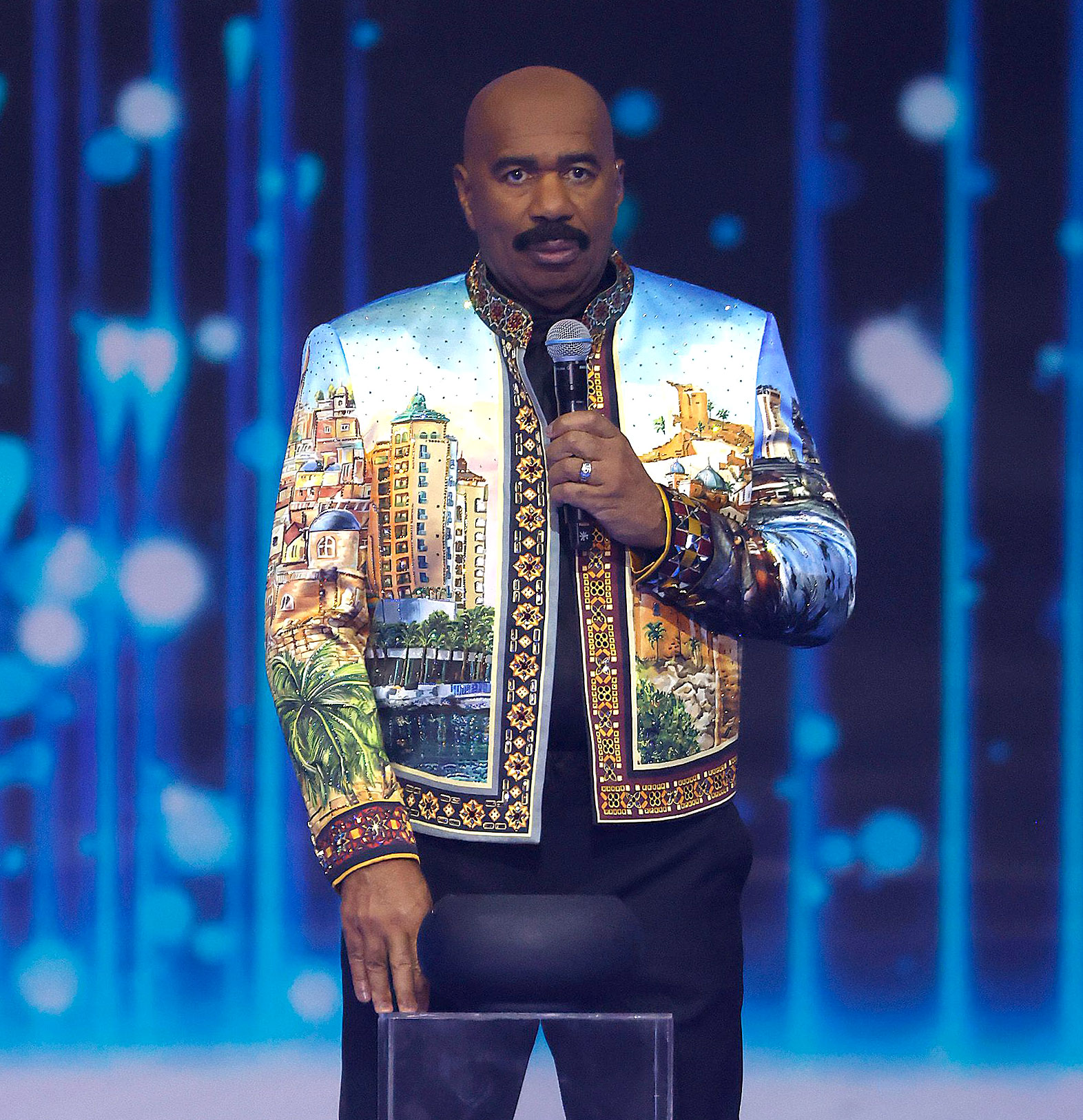 The Biggest Beauty Pageant Scandals of All Time

After announcing that the contestant from South Africa, Lalela Mswane, was the second runner-up, the night’s host turned to the remaining two women from Paraguay and India and said, “Congratulations Portugal.”

However, Harvey, who returned to the Miss Universe competition for the first time since 2019, caught himself before it was too late. He quickly explained the reason for his gaffe to the viewers — and threw a bit of shade at his crew in the process.

“They wrote Portugal on the damn sign, trying to play me,” he said. “They’re trying to get me again. But I’m not going for it this year.”

The Act Like a Lady, Think Like a Man author continued, “Congratulations Paraguay. They had Portugal on the damn sign. I looked dead at it. Y’all saw it. Don’t try to blame this on me this year!” 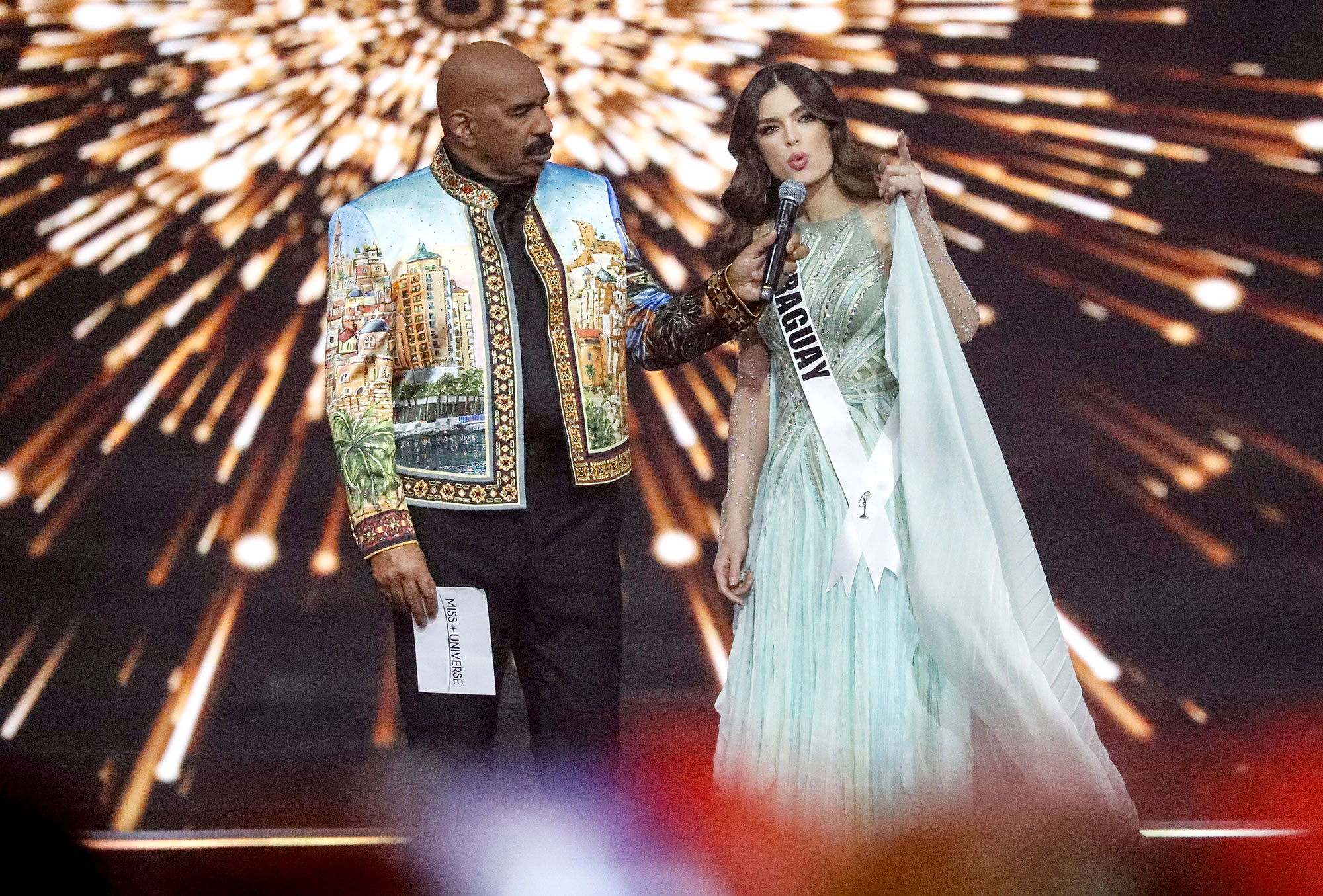 Harvey was referring to his 2015 Miss Universe snafu in which he accidentally announced first runner-up Miss Colombia, Ariadna Gutiérrez, as that year’s winner, when it was Miss Philippines, Pia Wurtzbach, who actually earned the title.

The following year, Harvey appeared on The Tonight Show Starring Jimmy Fallon and broke down the moment, in which he came back on stage and corrected his mistake, giving the crown to the real winner, Wurtzbach, as stunned contestants and audiences looked on.

“It didn’t happen that quick,” Harvey told Jimmy Fallon in December 2016. “It wasn’t that quick. It was four minutes of pure hell.”

Earlier this year, the Family Feud host called the fallout from that incident the “worst week” of his life — and admitted he’s still haunted by the error, but believes it was not totally his fault.

All the Drama! The Biggest Controversies, Feuds in Talk Show History

“They said, we’ll announce the second runner-up, and then we’ll have standing there the first runner-up and Miss Universe, and we’ll do it that way,” Harvey recalled during an appearance on Comedy Gold Minds with Kevin Hart in April. 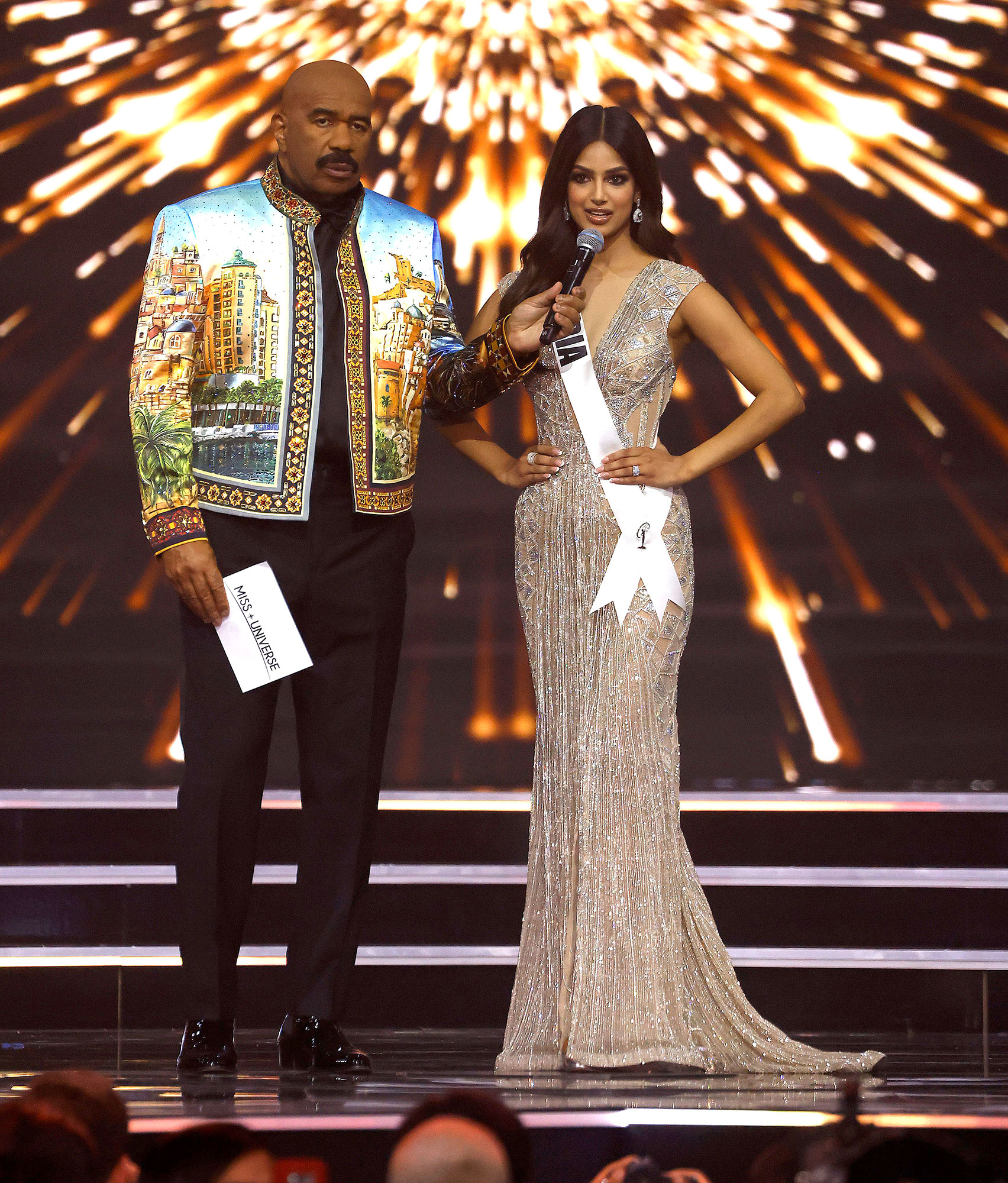 A third name, however, was added to the teleprompter the night of and he was told to read the next name on the screen. “I looked at the next card. I said, ‘Miss Colombia!’” he recalled.

“I took my stupid ass back out there [to the stage],” the radio host told Hart. “I should have let them announce it the next day in the newspaper. I wouldn’t have caught none of the hell I caught.”

Luckily, Harvey avoided all kinds of drama on Sunday night by turning his near mishap into a comedy routine.