Off the Market! Survivor’s Natalie Anderson Engaged 1 Year After Miscarriage

She’s off the market! Natalie Anderson is engaged to Devin Perez nearly one year after she revealed she suffered a miscarriage following her time on The Challenge.

Celebrities Who Got Engaged in 2021

“What happens in Vegas.. 👀❤️‍🔥🎰,” Anderson, 35, wrote via Instagram on Wednesday, December 8, alongside a series of photos from a trip to Nevada with her man.

The Survivor: San Juan del Sur — Blood vs. Water champion gave fans a glimpse at the getaway, including her fitness routine, a view of the Las Vegas strip and snaps of margaritas and tacos. In one photo, Anderson showed off a diamond ring on her left hand. 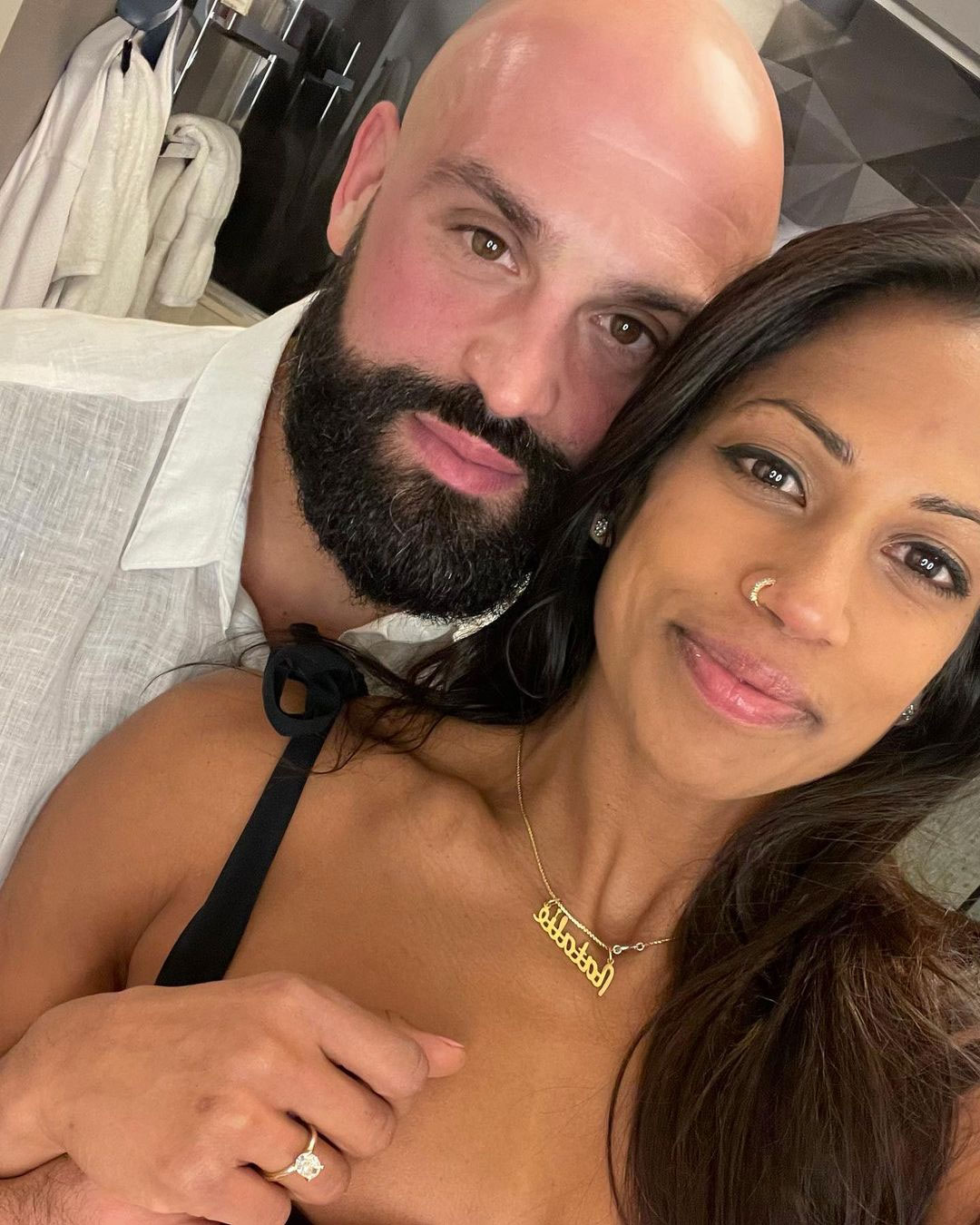 Stars from the MTV family were quick to comment on the happy news, with Ashley Brooke Mitchell writing, “Wait what?!?!?! Couple goals😍😍😍.”

Nearly one year before the proposal, Anderson revealed that she suffered a miscarriage shortly after leaving The Challenge: Double Agents early. The reality star exited the series during the January 13 episode as she learned that she was pregnant.

5 Things to Know About Natalie Anderson After ‘The Challenge’ Exit

“I’m this different person when I’m on these shows — like, there’s nothing that’s gonna stop me from getting what I want or trying to get what I want,” the Amazing Race alum exclusively told Us Weekly at the time. “It was, like, this weird wave of happiness, shock, surprise, disappointment. I didn’t even process what I was actually feeling. I was just like, ‘How am I pregnant? I want to win this money!’”

The New Jersey native called her sister, Nadiya Anderson, to tell her she about the pregnancy after the MTV production team had her take a test. Natalie later told Us it was “the most awkward” way to discover the news because she was filming in Iceland while her now-fiancé was at home.

“It could have been an amazing feeling, but I didn’t have the opportunity to feel like that because I was just so confused and torn about having to leave the game, but also was super excited and happy,” she said of the whirlwind experience.

Once the CrossFit trainer returned to the U.S., her doctor confirmed that she was eight weeks pregnant. Unfortunately, Natalie miscarried one week later.

“I went through a miscarriage, and it was really difficult because I had just kind of come to peace with leaving the game and saying goodbye to the competition of the challenge, which I love, came back home and changed my mindset into this new journey. And that was then taken away from me. It was hard for me,” the MTV personality told Us in January. “I just did everything I needed to do to make peace with what had happened and embrace the difficulty of everything, but also use it as a way to strengthen my bond with my boyfriend.”

Natalie, who has been dating Perez for more than two years, noted at the time that the loss became a “make or break” moment for the couple.