‘One Of Us Is Lying’ book fans know how important Natewyn is. HL spoke EXCLUSIVELY with Cooper van Grootel about Nate and Bronwyn’s relationship, their ‘great chemistry,’ and more.

One Of Us Is Lying is coming to TV, which means fans of Karen M. McManus’ bestselling book will see their beloved characters on screen for the first time. Nate and Bronwyn are a core part of the story, and Cooper van Grootel spoke EXCLUSIVELY with HollywoodLife about the relationship between these fan-favorite characters.

“I feel honored to be able to kind of explore the Natewyn bond with Marianly [Tejada] as well,” Cooper told HollywoodLife during the show’s press junket. “We had so much fun just exploring chemistry and the story between the two characters. I know people are passionate about it. I feel like not until the show airs I’ll kind of realize the extent of it, but I mean it’s already gaining traction. I just love that people are so passionate about the bond. We’re just so excited to show what we’ve done and the work that we’ve put in.” 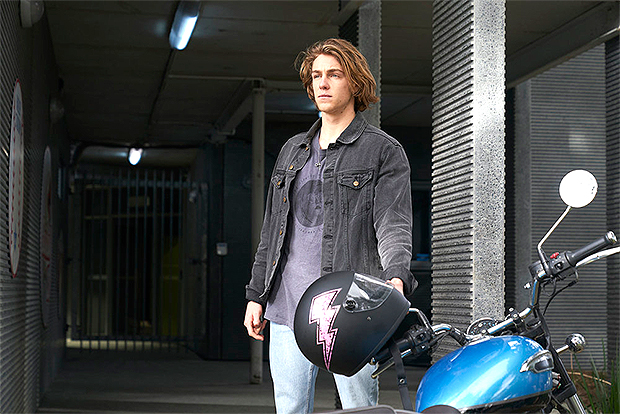 Cooper and Marianly met at the end of 2019, so they’ve had a long time to get to know each other and establish Nate and Bronwyn’s connection. “Our chemistry is just, not to toot our own horns, but we have great chemistry,” Cooper admitted. “It’s always so fun to explore and play with these characters and it’s just easy. We just riff and we have such a great time, so it kind of just comes off effortlessly. It helps that we’ve known each other for so long. We’re such great friends, and it’s been a huge part of our lives these past two years.”

The show focuses on the mystery surrounding Simon Kelleher’s death during detention. Nate and Bronwyn, along with Addy and Cooper, become the prime suspects because they were the ones with Simon when he died. Right away, Nate becomes the prime suspect because he’s a drug dealer on probation.

While Nate gives off major John Bender vibes, just like with Judd Nelson’s Breakfast Club character, there’s a softer side to Nate. “I feel like what’s great about Nate is on the exterior he comes across as this bad boy kind of delinquent, but once you get to know him… I feel like with a lot of people, people are quick to judge. People are quick to judge Nate, but once you kind of get to know him, we realize that he’s got a golden heart,” the actor said. “We peel back these layers, and we really figure out who he is at his core. It’s amazing to see the Natewyn connection between the two of them because I think Bronwyn really pulls back Nate’s layers, and we get to see an amazing transformation between the two.” 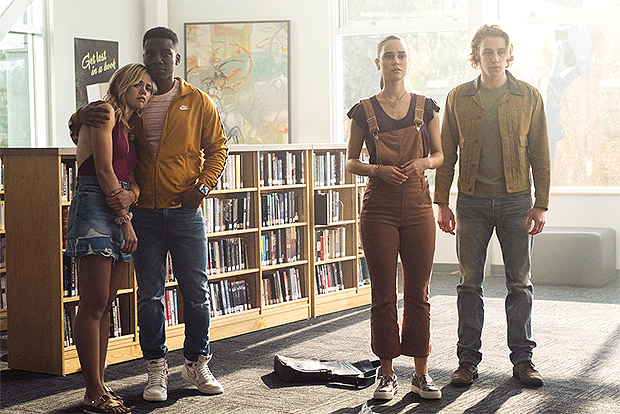 Given that the show consists of 8 episodes, fans will enjoy more time with their beloved characters. Cooper teased that the show expands on the characters more and dives deeper into their “family life.” He also noted there will be “differences” between the TV show and the book. The first 3 episodes of One Of Us Is Lying will premiere October 7 on Peacock.