Everyone fave hotel heiress is getting ready to walk down the aisle, y’all. And even though Paris Hilton and Carter Reum’s relationship timeline has been a total whirlwind, it seems to me the heiress and the entrepreneur are the real deal. Soon after Hilton announced their Feb. 13 engagement, she told the story of how the proposal went down, and it’s incredibly sweet.

As Hilton explained on the Feb. 22 episode of her new podcast, This Is Paris, Reum popped the question while they were celebrating her 40th birthday on a private island. The big moment happened on their second night in paradise. "We walked down to the beach and… as soon as we got on the sand, all of the sudden he got down on one knee and started saying this whole speech," she recalled. "It was just, like, really, really sweet and then I just started shaking and crying because I was so excited and so happy." Cute!

Though Hilton has dated her fair share of models, rockstars, actors, and shipping heirs over the years (and has even called off three engagements), she and Reum seem like they’re in it for the long haul. Here’s their love story from the very beginning.

They Started Dating In November 2019

Though Hilton and Reum had already known each other for 15 years by the time they started dating, their relationship didn’t become romantic until they spent Thanksgiving 2019 together. As Hilton explained to People during a September 2020 interview, she was invited to spend the holiday with Reum’s family by his younger sister, Halle Hammond, and "just had this incredible chemistry" with Reum. She added, "We had our first date and haven’t spent a night apart since. It’s pretty amazing."

Hilton also opened up about the fortuitous evening in a December 2020 IG post celebrating her and Reum’s 13-month anniversary. "I will always be so grateful that I went to the Hamptons for Thanksgiving," she wrote. "I know for a fact this all happened for a reason."

They Sparked Dating Rumors In January 2020 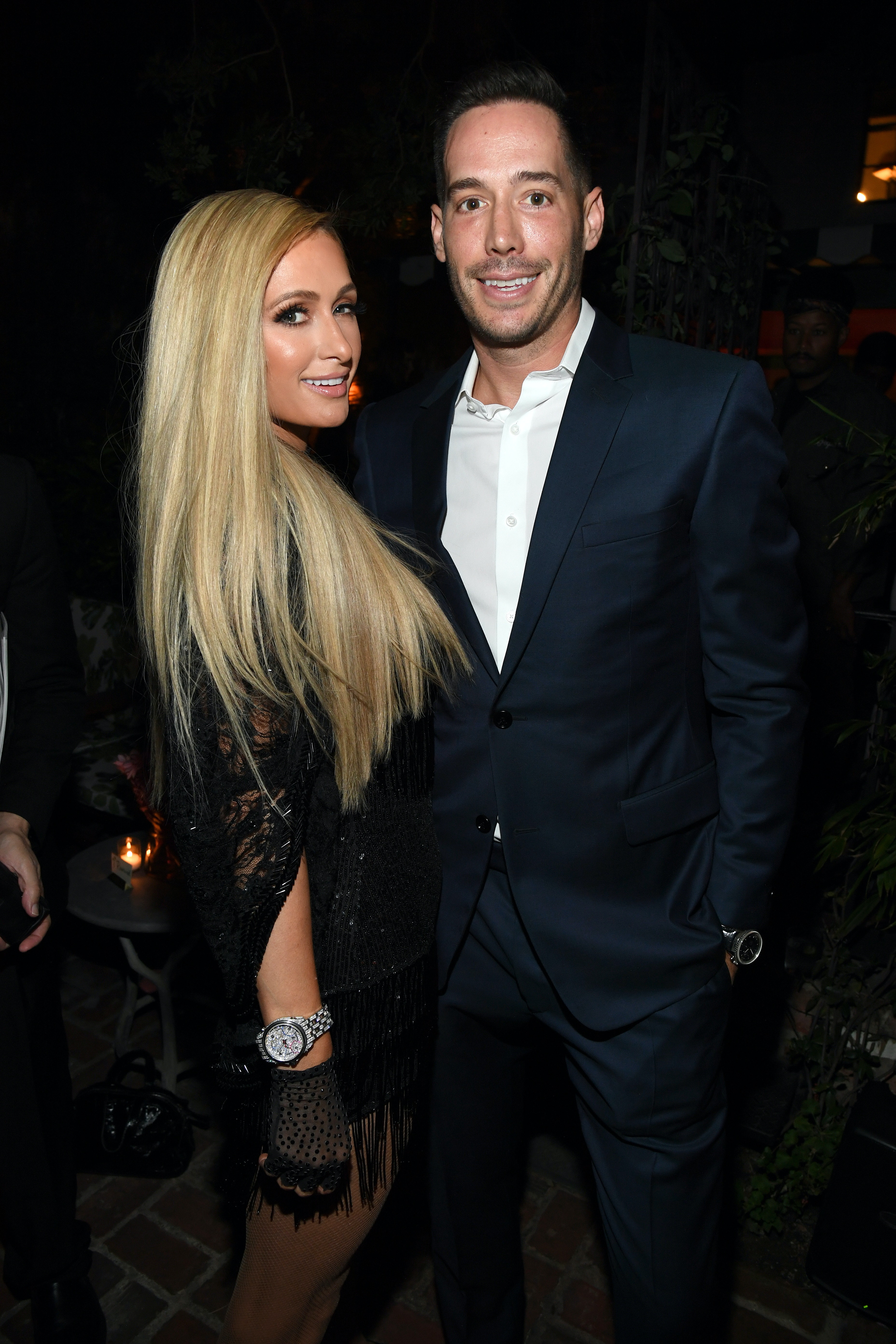 By January 2020, news of Hilton and Carter’s new romance went public when the two were reportedly spotted kissing at a Golden Globes after-party. "They are dating and happy," a source reportedly claimed to People at the time. A source for Entertainment Tonight reportedly confirmed the romance as well, claiming the two had been seeing each other for a few weeks and were "enjoying each other’s company."

Not long after, Reum reportedly attended Hilton’s 39th birthday party, where sources for ET reportedly claimed he didn’t leave Hilton’s side all night.

Hilton didn’t confirm the relationship herself until April 2020, when she went made her romance IG official. The heiress posted a pic of herself and her BF in honor of their five-month anniversary, which she captioned, "Happy Anniversary my love. My favorite thing to do is make memories with you. Your kisses are magical. I love being yours and knowing you’re mine."

Hilton Gushed About Reum In An Interview In September 2020

After just about nine months of dating Reum, Hilton opened up about her relationship during an interview with People. According to Hilton, spending time together during the ongoing coronavirus pandemic made them closer than ever. "This is the first time I’ve actually been forced not to travel and stay home," she said. "The silver lining is that I get to be with my pets and my boyfriend. We have gotten so close. The amount of time we’ve had together is what would normally take five years!"

They Got Engaged In February 2021

In February 2021, Reum popped the question in paradise, and Hilton said yes. Hilton confirmed the exciting news to People four days later. "This past year with COVID has accelerated so many things," she said in a statement. "As someone who traveled constantly, I had a chance to stay home and reevaluate what was important to me. My relationship and the time I spent with Carter was a gift. I’m excited for our next chapter."

Hilton also shared pics from the proposal on Instagram. "When you find your soulmate, you don’t just know it. You feel it," she captioned the series of photos. "My love & I have been together since our first date, and for my birthday, he arranged a special trip to tropical paradise. As we walked to dinner along the beach, Carter led us to a cabana adorned with flowers and dropped to one knee. I said yes, yes to forever. There’s no one I’d rather spend forever with."

It’s clear Reum is just as smitten with his fiancée. "From our very first date, I was able to get to know the real Paris," he told Vogue soon after they announced their engagement. "As people who have seen her documentary [This Is Paris] and recent advocacy work know, Paris is kind, smart, driven, authentic, and an amazing woman, and I can’t wait to have her as a partner in life." Aww.

Cheers to the newly-engaged couple!