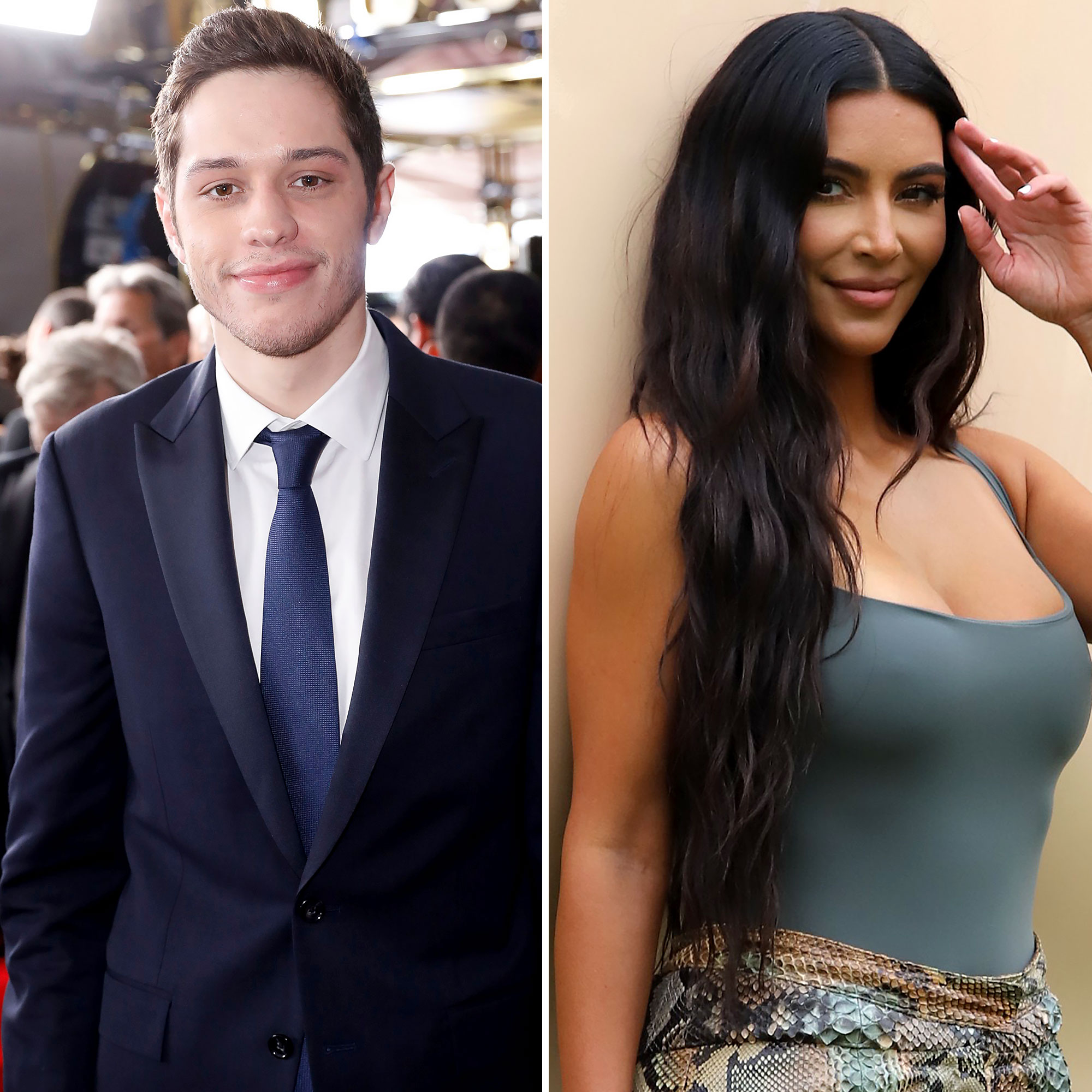 Walk of no shame. Pete Davidson was spotted beaming as he left Kim Kardashian‘s hotel in New York City.

Pete Davidson Through the Years: Love Life, Career and More

The 28-year-old Saturday Night Live star smiled from ear to ear while walking out of the Four Seasons Hotel in Tribeca on Monday, December 20. In photos posted by the Daily Mail, Davidson kept it casual in a cozy fleece jumper and green T-shirt paired with sweatpants and New Balance kicks. He grinned while holding his phone up to his ear.

Days prior, the Guy Code alum was joined by the Skims CEO, 41, at a movie theater in Staten Island. The pair were spotted shortly after news broke that the Saturday, December 18, episode of SNL would be downsized amid concerns of a COVID-19 outbreak. Though his date night raised eyebrows, a source later told Us Weekly that Davidson didn’t “skip” the taping to spend time with Kardashian.

The reality star, for her part, is “loving” getting to know the comedian’s hometown, a second source exclusively revealed. “They’re clearly not hiding their romance. It seems like they want to just be able to do things any normal couple would do and have fun together,” the insider noted, adding that Kardashian appreciates the “more low-key” vibe of the NYC borough.

Davidson and the California native sparked romance rumors weeks after she hosted the NBC sketch comedy series in early October. The following month, they were photographed holding hands in Palm Springs, California, confirming their relationship. While fans were surprised by the unlikely duo, Kardashian’s inner circle has been totally supportive.

“They all encouraged her to go for it,” a source told Us in November of the makeup mogul’s family and friends. “It’s been very obvious for a while now that she’s been missing some fun and laughter in her life, and of course Pete offers that in abundance.”

The Selfish author is drawn to Davidson’s “witty and laid back” personality, per the insider, and those close to Kardashian “are happy” to see her with someone new amid her split from Kanye West.

In February, Us confirmed that the Keeping Up With the Kardashians alum filed for divorce from the Grammy winner, 44, after nearly seven years of marriage. The estranged couple share children North, 8, Saint, 6, Chicago, 3, and Psalm, 2. While West has made several public pleas for Kardashian to give their relationship another try, she referred to her marriage as “irremediably broken down” in a recent court filing.

“[Kardashian] no longer desires to be married to [West],” the December 10 docs state, requesting for the court to declare the KKW Beauty founder legally single. “There is no question that the marriage of the parties is no longer viable. [Kardashian] has no desire to reconcile with [West] and wants their marriage terminated. Irreconcilable differences have led to the irremediable breakdown of the marriage, and there is no possibility of saving the marriage through counseling or other means.”

The musician has allegedly “been non-responsive” as Kardashian attempts to “move this case forward to a speedy and amicable resolution,” per her petition, which concluded, “[West] and I both deserve the opportunity to build new lives.”