Prince Harry has accused his brother William, the future King of England, of physically attacking him at his home in 2019 as the pair argued over the former’s wife, Meghan.

The extraordinary claim is contained in Spare, the younger prince’s eagerly awaited memoir, which is due to be released next week.

The publisher, Penguin Random House, has not made advance copies available ahead of its release in Australia on January 11 (and in the UK on January 10). But The Guardian, which has published the details of the altercation, claims to have obtained a copy of what it labels a “remarkable volume”. 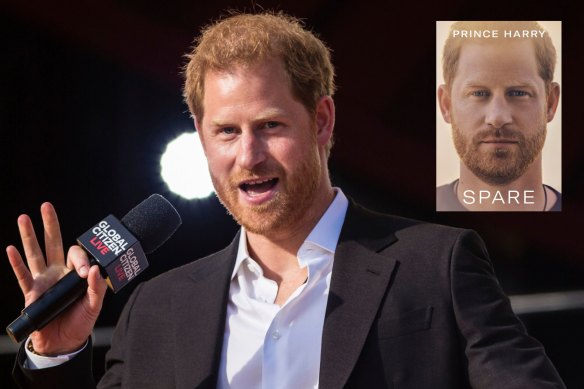 According to the British paper, Harry writes that William arrived at Nottingham Cottage – the house in the grounds of Kensington Palace that Harry and Meghan described in their recent Netflix six-part series as “small” with “really low ceilings” – to discuss “the whole rolling catastrophe” of the relationship between the couple and the British press.

The Guardian reports that in Harry’s version of events, William said he was there to “help”, but when Harry accused him of merely repeating the press narrative around Meghan’s behaviour, the pair got into a heated exchange.

Neither William nor the Palace have commented on the allegations at this stage.

Harry reportedly writes that his brother called him names, “then came at me. It all happened so fast. So very fast. He grabbed me by the collar, ripping my necklace, and he knocked me to the floor.

“I landed on the dog’s bowl, which cracked under my back, the pieces cutting into me. I lay there for a moment, dazed, then got to my feet and told him to get out.”

As he departed a second time, Harry claims he said to him “you don’t need to tell Meg about this”.

The Booklist is a weekly newsletter for book lovers from books editor Jason Steger. Get it delivered every Friday.