Still a family. Prince Harry is operned up about where he stands with his royal relatives — especially Queen Elizabeth II — after visiting her earlier this month with wife Meghan Markle.

Prince Harry’s Cutest Moments With the Queen Through the Years

“Being with her, it was great,” Harry, 37, said during an advanced clip from his interview with Today’s Hoda Kotb, which will air in its entirety on the talk show on Wednesday, April 20. “It was just so nice to see her. She’s [in] great form.”

The prince — who spoke with Kotb, 57, while at The Hague in the Netherlands during a break from his 2022 Invictus Games duties — noted that he made his grandmother, 95, laugh during their chat. “She’s always got a great sense of humor with me,” he said.

The former military pilot revealed that he’s “just making sure she’s protected and has the right people around [her],” before giving more details of his and wife Meghan’s quick London stay. 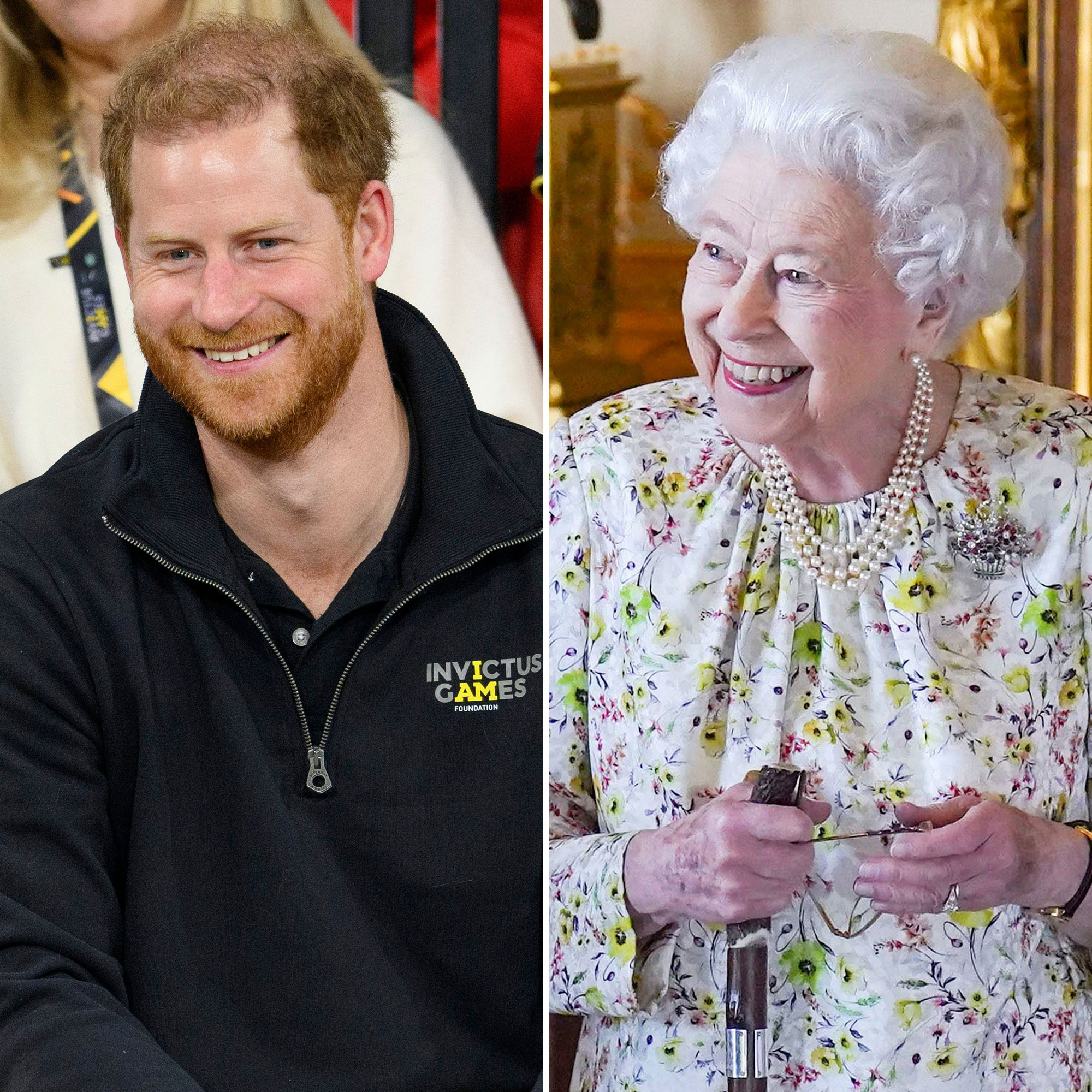 “Both Meghan and I had tea with her. It was really nice to catch up with her,” Harry explained, adding that his home is now in the United States. “We’ve been welcomed with open arms and have such a great community in Santa Barbara, [California].”

The Duke of Sussex has been attending the 2022 Invictus Games, which run until Friday, April 22, with Meghan, 40, beginning with the Friday, April 15, welcome reception. The duo’s return to the Games comes nearly five years after the pair made their debut as a couple at the 2017 event in Toronto.

Before they arrived for the welcome reception on Friday, a spokesperson confirmed to Us Weekly that the prince and the Bench author paid a visit to the queen at her Windsor Castle residence. The London pit stop marked the first time Harry and Meghan returned to the U.K. together since their final engagement as working senior royals in March 2020.

Where Do Harry and Meghan Stand With the Rest of the Royal Family?

“She had plenty of messages for Team U.K., which I have already passed on to most of them,” the BetterUp CIO said of his grandmother during a BBC One special dedicated to the Invictus Games. “So, it was great to see her. I’m sure she would love to be here if she could.”

The Archewell cofounders brought Elizabeth an early 96th birthday gift, a source exclusively told Us following the surprise get together. However, Harry and Meghan didn’t bump into Prince William and Duchess Kate during their U.K. stay.

“It was purely coincidental,” a second insider told Us, noting that the Duke of Cambridge, 39, was on a ski trip at the time. “Harry is coming back to visit soon and hopes to see William in person. They are trying to figure things out.”

Though he didn’t catch up with his older brother, Harry reunited with his father, Prince Charles. The duo have been at odds with one another since the Sussexes announced their step down from their senior duties in January 2020, but their dynamic has started to turn around in recent months.

“Charles and Harry are in communication,” the insider noted in December 2021. “There [are] still a lot of issues the two of them need to work out and move forward. … There is still a lot of work to do before their relationship is rebuilt.”

With Charles, 73, set to inherit the throne after his long-reigning mother, royal author Tom Quinn predicted that Harry and Meghan may find new roles for themselves within the palace.

“We’ve already heard Charles say he wants to streamline the royal family, [to] modernize it,” Quinn recently mused during an exclusive interview with Us. “I think Meghan and Harry are hoping … Charles will be open to [them being] part-time royals, which is what they wanted from the start.”