Prince Louis may be the youngest of Prince William and Duchess Kate’s three children, but he steals the show in a newly-released family photo marking the sixth birthday of his older brother, Prince George.

Louis, 1, is seen with a not-so-happy look on his face as he is held by his dad, Prince William, standing next to his siblings, Prince George and Princess Charlotte, at a charity polo match the royals attended earlier this month. 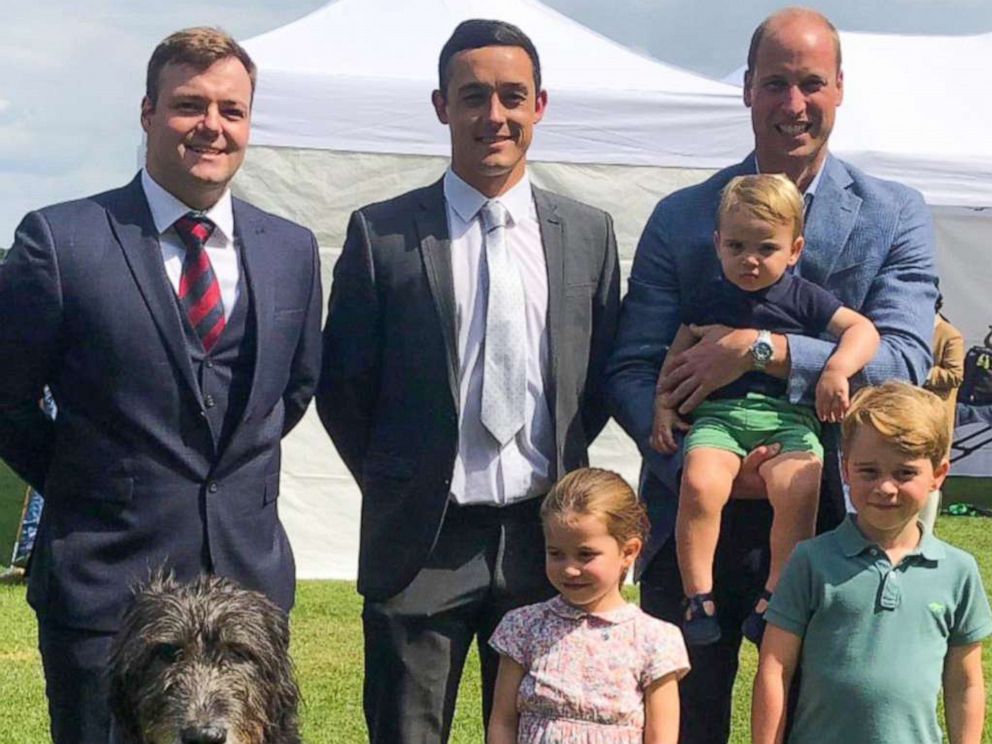 Also in the photo are two unidentified soldiers and Domhnall, the mascot for the Irish Guards, who caught the eye of 4-year-old Charlotte, who was carrying a sparkly unicorn purse.

The photo was shared on Twitter Monday by the British Army.

Missing from the photo is Kate, William’s wife and the mother of George, Louis and Charlotte.

Kate also attended the polo match, which featured William facing off against Prince Harry. Harry’s wife, Meghan, also came out to watch with their son, Archie.

The event marked the first time the cousins — Archie, Louis, George and Charlotte — have been seen together publicly.

Kate blended in like any other mom at the match, chasing after Louis and taking a snack break with all three kids at the back of the family’s car. 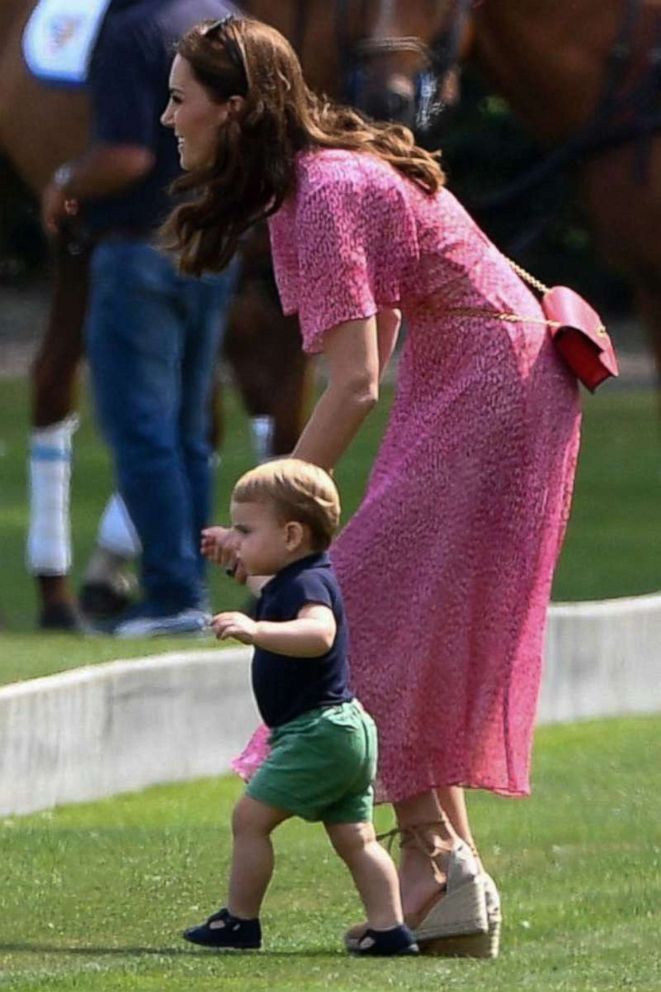 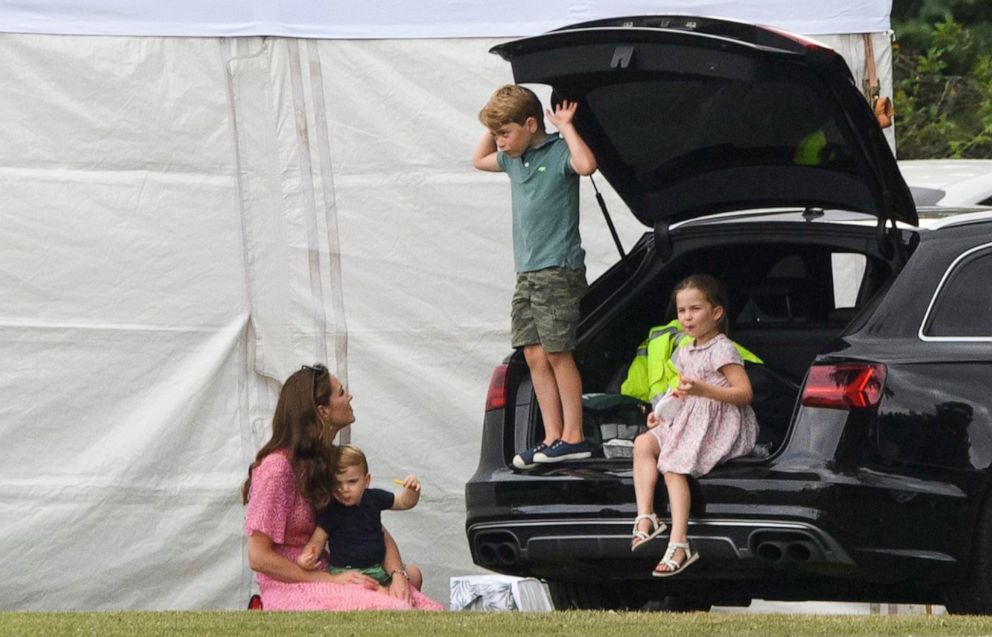