Friends are concerned that the Monaco royal family has been underplaying the seriousness of her condition after Prince Albert gave an interview last week claiming she had gone into rehab upon her return to the principality.

“It is unfair that she is being portrayed as having some kind of mental or emotional issue,” one source said. “We don’t know why the palace is downplaying that she almost died in South Africa.”

The source noted that Princess Charlene, 43, had a severe ear, nose and throat infection, which resulted in “severe sinus and swallowing issues stemming back from an earlier surgery.”

“She has not been able to eat solid food in over six months because of all the surgeries she has since gone through,” the source said. “She has only been able to take in liquids through a straw, so she lost nearly half her body weight.”

According to our source, Princess Charlene is “definitely not losing her mind, or suffering from severe mental health issues.”

“She is exhausted by six months of surgeries and an inability to eat properly as a result of it,” the source said. “And she desperately missed her children and her husband while she was stuck in South Africa, because she couldn’t travel home.”

Concern over Princess Charlene’s worrying weight loss reignited after she posted a photo of herself appearing thin and frail to Instagram on Oct. 2, followed by the announcement that she was pulling out of an official event on Nov. 19 due to “profound general fatigue.”

Her husband, Prince Albert, then claimed to People magazine that she had been admitted to a “treatment facility” outside of Monaco after it became “evident she was unwell” within hours of her return to Monaco following 10 months in South Africa. The royal, 63, said she’ll remain there for several weeks.

Prince Albert alleged that her current state was the result of “several factors which are private matters.”

“She was clearly exhausted, physically and emotionally,” he added. “She was overwhelmed and couldn’t face official duties, life in general or even family life.”

Princess Charlene’s friends insist she was stuck in South Africa since early May due to an ear, nose and throat infection which necessitated a number of corrective surgeries over six months.

“Obviously there were consequences of her different surgeries and the procedures she underwent in the last few months,” Albert explained to People. “That certainly was a factor, but at this point I prefer not to comment further.”

He continued, “I can say she was suffering incredible fatigue. She hadn’t slept well in a number of days and she wasn’t eating at all well. She has lost a lot of weight, which made her vulnerable to other potential ailments. A cold or the flu or God help us, COVID.” 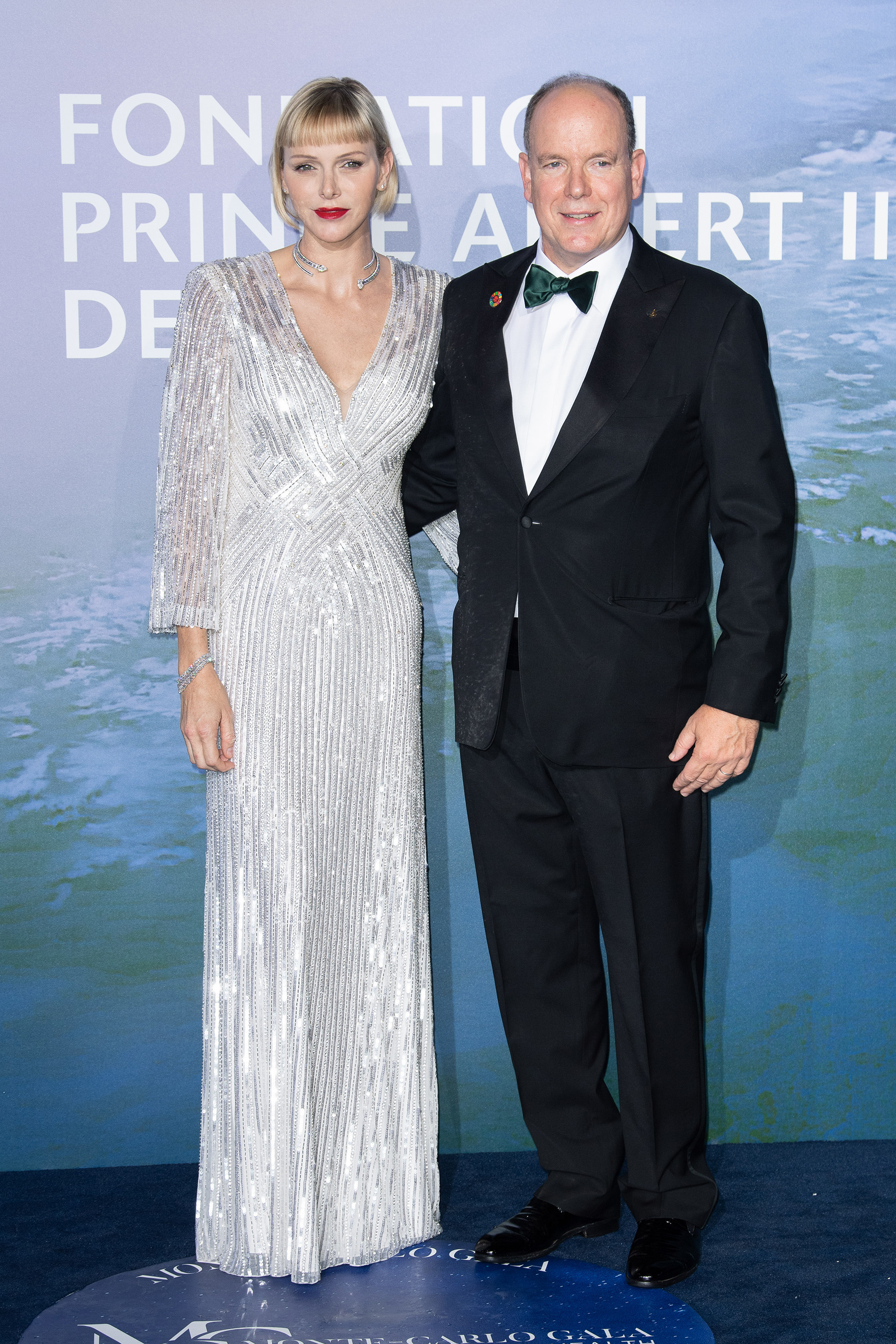 Charlene’s long absence from Monaco caused her to miss her 10th wedding anniversary and fueled reports of a rift in her marriage with Albert, rumors that he allegedly cheated – which he denies – as well as wild speculation about her health. These reports have resurfaced after she was admitted to the unknown treatment facility.

“There are no problems with her marriage, other than Charlene desperately missed her children and her husband while she was away,” one source told Page Six. “The truth was she was too sick to travel home, if she could have been back with the family, she would have been there right away.”

The couple – who share two children together, 6-year-old twins Gabriella and Jacques – have vehemently denied reports of issues in their marriage. Albert also went on to combat rumors of Princess Charlene’s other health issues.

“Because I know there are rumors out there, let me say: This is not COVID,” Albert told People in the aforementioned interview. “And it’s not cancer-related. It’s not a personal relationship issue. And if you want to discuss another speculation, it isn’t related to plastic surgery or facial work at all.”

According to Albert, seeking treatment “elsewhere in Europe” was a solution that the princess had already decided on upon her return to Monaco.

“She had already made her decision, and we only wanted her to confirm it in front of us. She wanted this,” he explained. “She already knew the best thing to do was to go and have a rest and have a real medically framed treatment. And not in Monaco. For privacy reasons, it would have to be someplace outside of Monaco.”

Charlene was “very calm and very understanding,” Albert shared, adding that “she realized herself that she needed help.”

“You can’t force anyone to understand that they need treatment, they have to accept that themselves. She was already in favor of it,” he said. “We knew that. We only wanted it confirmed in front of us. We wanted to tell her that we love her so much, and that we were there for her, and that the most important aspect for her is her health.”

“She needs time to rest in the best environment possible. Even if we as a family are public figures,” he explained. “When public figures have health issues, they deserve privacy just like any one else. I hope everybody will understand that.”

He added, “Give us the time that we need. give her the time that she needs to heal and get better and be back with her family in Monaco.” 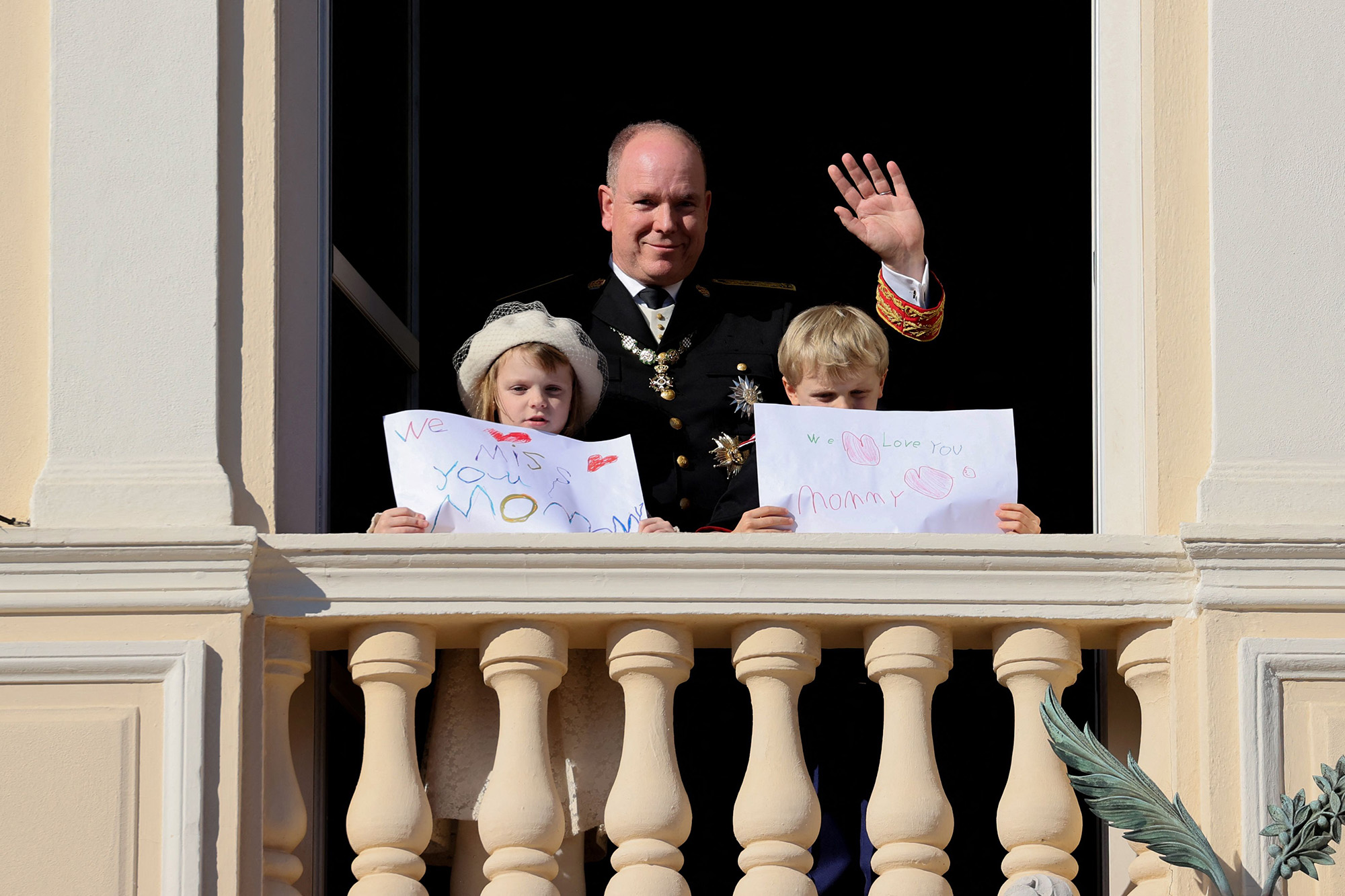 As for how Albert and Charlene’s children are holding up, the young royals were photographed holding up heartbreaking signs for their mother while appearing at Monaco Palace for National Day of Monaco on Nov. 19.

The twins appeared on the balcony with their dad, with signs reading, “We miss you mommy” and “We love you mommy.”

The palace did not immediately return Page Six’s request for comment.