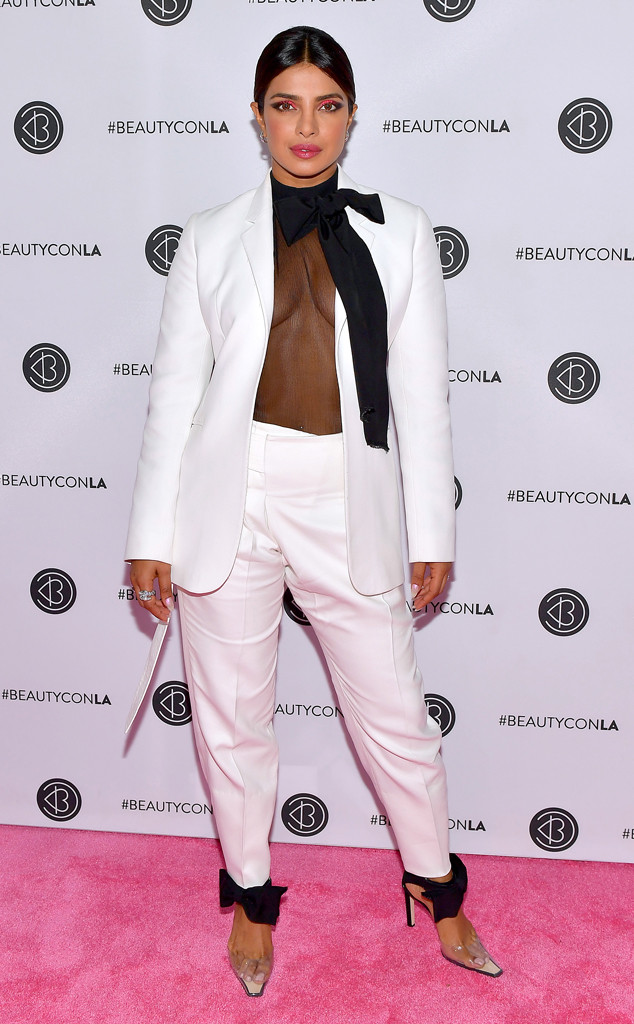 The Isn’t It Romantic actress took the stage at Beautycon Los Angeles on Saturday afternoon to talk about everything from sisterhood to not seeking validation from others to not being afraid to take risks and fail.

“Everyone screws up, and that’s alright,” she said point-blank during her fire-side chat, which was captured by Instagram user, Nebal Yasin. She added, “We all have bad days. We all are gonna feel like s–t sometimes.”

However, the 37-year-old star want anyone to ever feel bad when it comes to women finding opportunities.

“I’ve had so many times where I’m doing interviews and people always ask me, ‘You’re doing a movie with a female actor. Did you guys get along? Were there cat fights?’ But when it comes to boys, they say, ‘Oh, my gosh. That’s a bromance, and everyone works so well.'”

She continued, “I feel like, over time, because women had the lack of opportunities, we were pitted against each other. Because there were only five places a woman could be hired and so we were elbowing each other out to get to that one spot.” 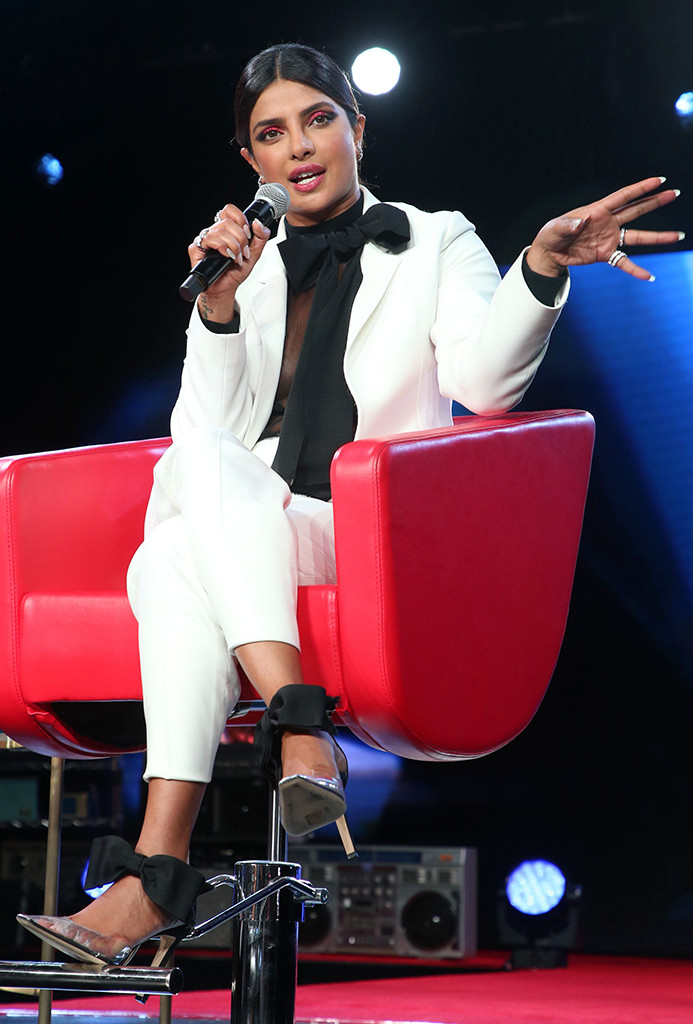 For Chopra, she feels the “lack of opportunity for females” is where the problem stems from.

She added, “I realized many, many years ago, the more I champion women in my own small way, maybe I’ll be able be able to create a world, around me at least, where women run the show. Because we kinda do it really well.”

Ironically, as Priyanka was championing “sisterhood” and female empowerment, an attendee yelled at the Baywatch star.

An eyewitness told E! News a Pakistani woman questioned Priyanka on her role as a United Nations Goodwill ambassador and her controversial tweet in March, where she wrote, “Jai Hind (Long live India) #IndianArmedForces.”

According to the eyewitness, the attendee claimed the actress was a “hypocrite” for “encouraging war between India and Pakistan.” However, Chopra wasn’t having any of it.

“I have many, many friends from Pakistan and I am from India,” Priyanka began her response, which was captured on video by Twitter user, @itsnotkadi. “War is not something I’m really fond of but I am patriotic, so I’m sorry if I hurt sentiments to people who do love me and have loved me.”

She continued, “But I think that all of us have a, sort of, middle ground that we all have to walk. Just like you probably do as well. The way that you came at me right now… girl, don’t yell.  We’re all here for love.”