News Corp — the US-based and Rupert Murdoch controlled owner of various local publications — isn’t exactly a byword for corporate democracy and the company likes its annual general meetings short, sharp and with minimal backchat to the ruling dynasty from investors.

The Murdochs own about 14 per cent of the stock in the key Fox Corp and News Corp companies, but control about 40 per cent of the voting rights, so the prospect of the family not getting its way is always remote. 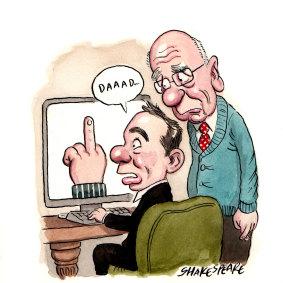 But sometimes shareholders find a way to make their feelings known, and so it came to pass last week at the News Corp fully virtual get-together where Lachlan Murdoch’s re-election to the board copped the largest protest vote, with more than four times as many votes against the noted litigant than against his father Rupert who was easily re-elected as executive chairman.

CBD’s eye was also caught by the comments from Murdoch senior, which seem particularly striking in a week when his companies have been, let’s say, less than forthcoming about the circumstances surrounding the departures of two of their top editors, Chris Dore from The Australian and The Wall Street Journal editor-in-chief Matt Murray.

“Whatever happens in the communities and countries where we live and work, and the world around us, News Corp will be there to shed light and share insight,” Murdoch insisted.

Just as long as these happenings aren’t in the News Corp empire.

Virginia Gay, doyenne of Australia’s screens and stages is such a class act she can manage to play a starring role even when she’s a member of the audience.

After her hit Cyrano finished its run at the Melbourne Theatre Company, Gay was back at Southbank, catching Saturday night’s performance of Andrea James’ Sunshine Super Girl, the Evonne Goolagong Cawley story.

But when a fellow audience member suffered a medical episode, it was Gay who called for the show to be stopped while assistance was given to the stricken theatregoer.

The performance was held up for four minutes while an ambulance was called to take away the woman, who we’re told is fine.

Out-of-town money continues to pour into the campaigns of Victorian state election contestants and CBD has spotted another interesting one.

Remember Advance Australia? The lobby group was set up in 2018 to rid the nation of the scourge of those “woke politicians and elitist activist groups [who] were taking Aussies for a ride with their radical agenda” but which seems to have spent much of its time and money campaigning unsuccessfully against independent ACT senator and former Wallaby David Pocock, and paying a bloke in a superhero cossie to harass Zali Steggall in 2019.

Well, the group’s major funding source is wading into our little festival of democracy.

Sydney-based former fund manager Simon Fenwick, of Mosman, who gave $1 million to Advance Australia, making him one of the biggest political donors in the most recent cycle, has now dropped $4300 on the Victorian Liberals.

Fenwick’s decision to bankroll Advance, an investment so wasted Clive Palmer might be proud, was reportedly driven by his distaste for Victorian Premier Dan Andrews’ 2020 COVID lockdowns, so it makes sense that he’s now pouring money into opposition coffers.

Given the current state of the polling, and the Victorian Liberals, we imagine that might go the way of his last venture into political funding.

We’re sure that Victorians have had a gutful of politicians whinging about stolen election corflutes.

Candidates usually report such thefts first to the media, not the cops, in the belief that a) voters care and b) there is some sort of sympathy vote out there for the contender who loses the most electoral material to thieves, bandits, pranksters or politically motivated perps.

So, the attitude of the Legalise Cannabis Party to the industrial quantities of their posters that are going missing is refreshing, with the micro-outfit’s Western Metro candidate David Ettershank taking it as a compliment.

Ettershank told CBD that he knew the “collecting” had nothing to do with rival candidates — another thing you never ever hear — after all but a handful of the 500 corflutes the party posted in May’s federal election were knocked off by admirers and cannabis enthusiasts and the candidate estimates about 200 have gone the same way so far during the state campaign. 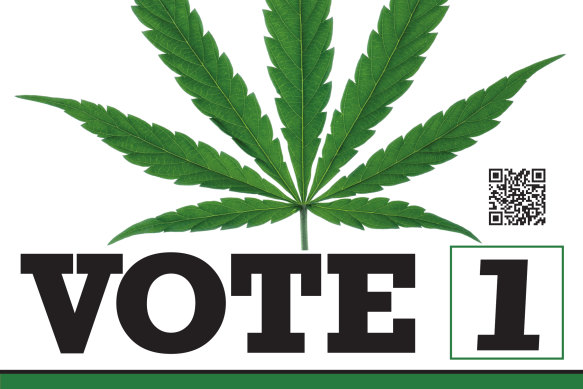 Legalise Cannabis reckons its campaigners have been approached with offers to buy the posters and even a Liberal booth worker at the Footscray pre-poll asked for one “for her nephew”.

“Our corflutes never last more than 24 hours before being ‘collected’,” Ettershank said.

“I am sure it’s love, but this is the sort of love that makes things just that little bit harder.

Most Viewed in National