Queen Azizah of Malaysia underwent 16 rounds of IVF before conceiving

Queen Azizah of Malaysia has opened up about the emotional toll undergoing strenuous fertility treatment had on her after undergoing IVF treatment 17 times.

The 61-year-old royal struggled to conceive after marrying King Abdullah of Malaysia in 1986 and underwent several rounds of fertility treatment before finally falling pregnant.

The mother went on to have five further children and says she understands the ’emotional struggle’ women go through while facing fertility problems.

The royal, who set up the Tunku Azizah Fertility Foundation to help fund fertility treatments in 2004, told the Telegraph she would ‘go home and cry’ after having the procedure. 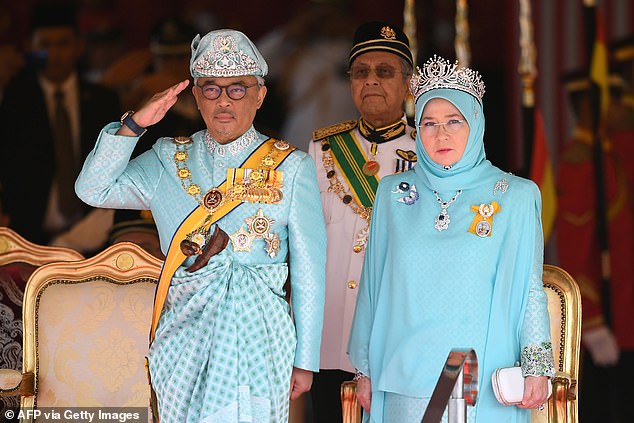 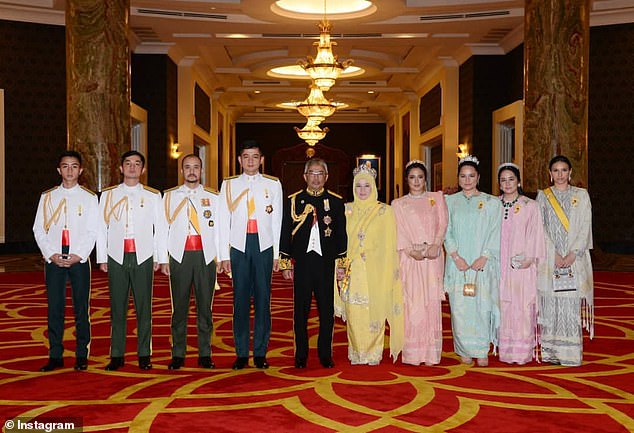 ‘I had 16 rounds of IVF, and on the 17th I succeeded I never thought I’d go on to have five more, including twins.’

‘My foundation sponsors treatment for poor and middle-income couples,’ she said, ‘I know how much it costs, and the emotional struggle people go through. You go for a treatment and you come home and cry.

Josephine, who was originally from Cornwall, converted to Islam and married Sultan Iskandar in 1956, changing her name to Khalsom binti Abdullah. 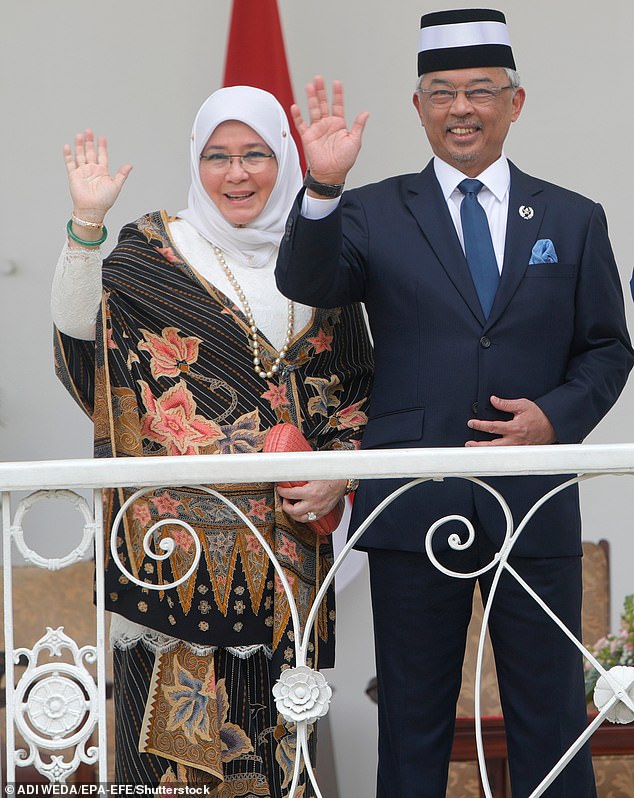 His Majesty was installed as king in 2019, a position he will hold until 2024. The King and Queen of Malaysia are pictured during a meeting at the Presidential Palace in Bogor, Indonesia in 2019

Tunku Azizah was educated at an all-girl boarding school in Malaysia before studying Political Science and Sociology at the National University of Singapore.

She married Al-Sultan Abdullah at the Sultan Abu Bakar State Mosque in 1986 and they have four sons and two daughters together.

There are nine royal households in Malaysia, each of which take it turns to rule. His Majesty was installed as king in 2019, a position he will hold until 2024.

The previous king, Sultan Muhammad V of the State of Kelantan, stepped down after just two years before a brief marriage with a former Miss Moscow, Oksana Voevodina.

All of the couple’s children were educated in England, attending prestigious public schools like Harrow and Sherborne and London universities including Oxford Brookes and Royal Holloway. 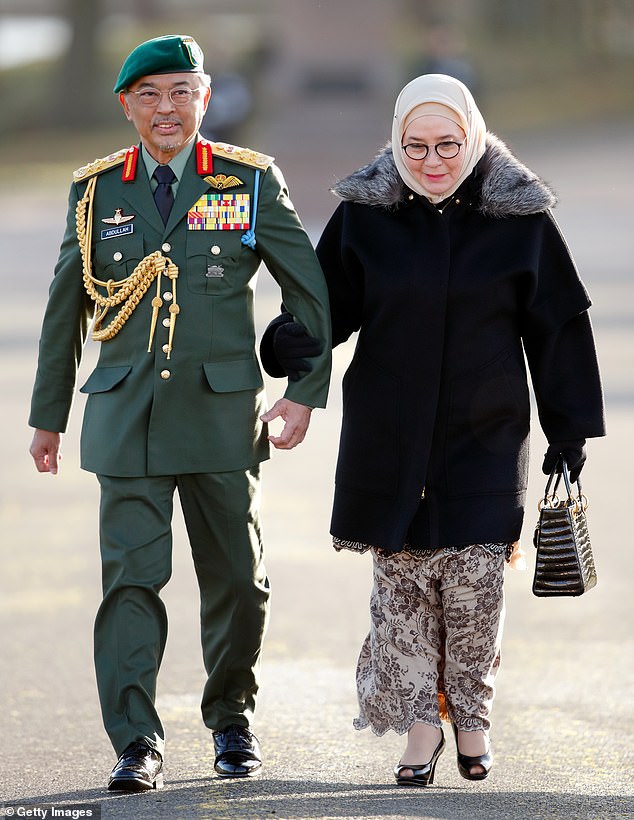 ‘I just want them all to work, to be exposed to real life, to know what it’s like for other people’, Queen Azizah told the publication.

As well as her foundation and various patronages, Queen Azizah has written three cookbooks packed full of traditional Malaysian recipes which she sourced from across the country.

The royal is soon to visit the UK for London Craft Week , which will feature an exhibition at the High Commission showcasing the traditional Royal Pahang Silk Weave.

The 300-year-old craft of silk weaving originates in Pahang and Queen Azizah has been instrumental in reviving the dying craft over the last two decades.

The showcase, running from Monday 9th to Sunday 15th May, displays a traditional floor-loom and a selection of Queen Azizah’s own garments and pieces from her private collection.