Splash of sunshine! Queen dons a vibrant yellow coat as she meets pupils at a North Lanarkshire school – as she heads to Balmoral to start her summer holiday

The Queen looked lovely in lemon as she visited a school in North Lanarkshire to present awards to pupils on Friday.

Donning a vibrant yellow jacket complete with scallop detail, the royal, 93, put on a sunny display as she received a Gaelic welcome on her arrival at Greenfaulds high school.

Coordinating her look with a matching hat and a huge smile, Her Majesty appeared delighted to be handed a beautiful bouquet from a child.

She then met with the Lord Lieutenant of Dunbartonshire and Lanarkshire, before being invited to view an exhibition. 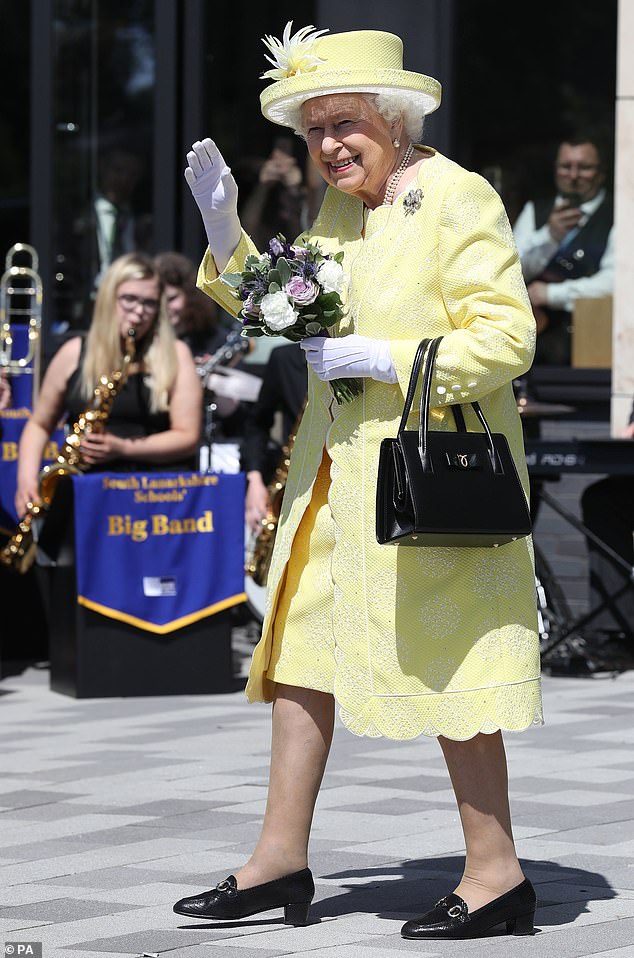 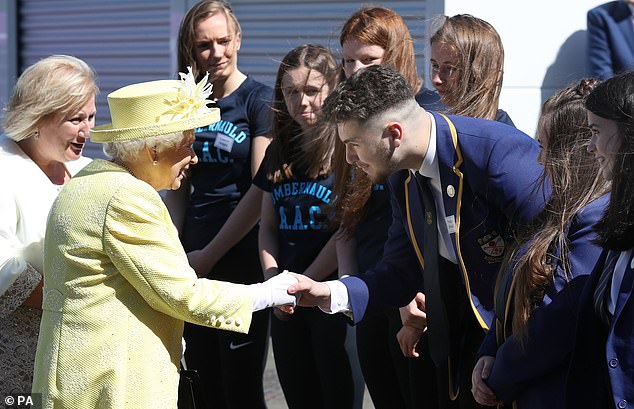 Royal fans lined the streets waving flags as the monarch arrived in a black chauffeur-driven car.

During her visit, local historians explained the school’s history and the monarch viewed a performance by the school’s Pipe Band on the athletic track, before presenting two Provost Community Recognition awards.

She will later visit an auditorium where she will hear a Gaelic poetry recital by a pupil, while a Gaelic song will be performed by a String Ensemble.

The royal, who accessorised with pearls and a broach, will then receive a posy and unveil a plaque to mark the visit. 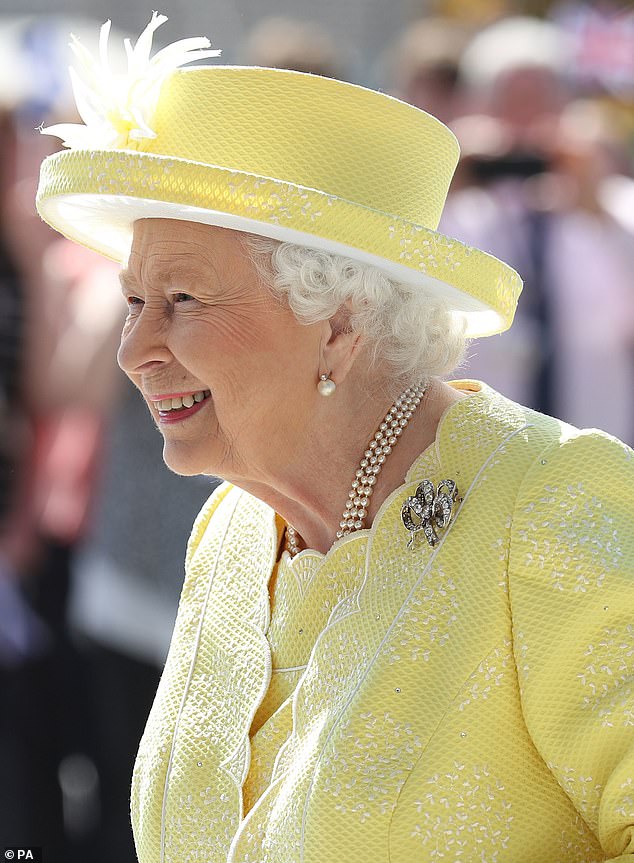 The Queen, 93, put on a sunny display in a vibrant lemon jacket and matching hat as she visited a school in North Lanarkshire to present awards to pupils on Friday 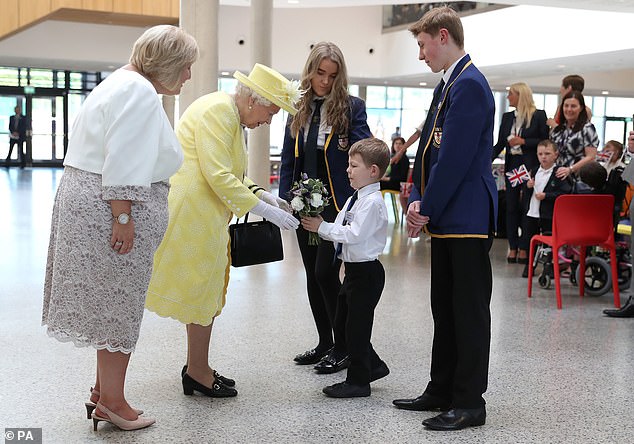 The high school was established in 1971 and is situated in the west of Cumbernauld, serving the surrounding areas of Greenfaulds, Ravenswood, Condorrat, Westfield, Eastfield, Balloch and parts of Seafar.

The school has recently moved into a brand new build which opened on the existing site in September 2016.

The outdoor facilities were completed in August 2017 and comprise multi-use sports pitches and an international standard athletics track. 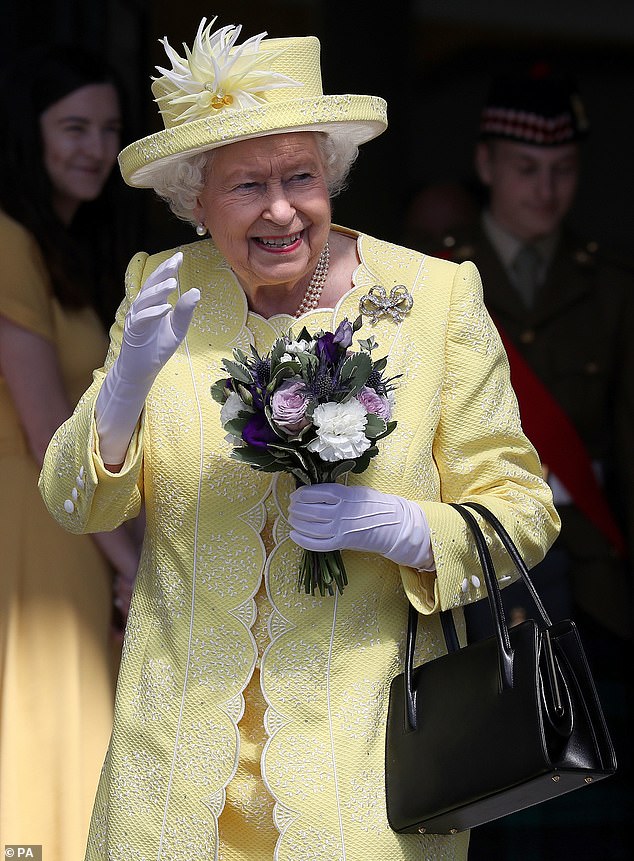 With a stylish black patent bag on her left arm, the monarch clutched a pink, white and purple bouquet of flowers and waved to the fans that lined the streets 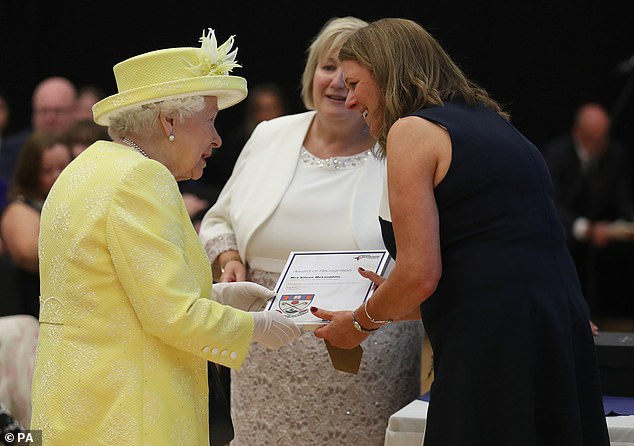 Queen Elizabeth presented teacher Eileen McLoughlin with an award during the visit to Greenfaulds High School in the west of Cumbernauld. 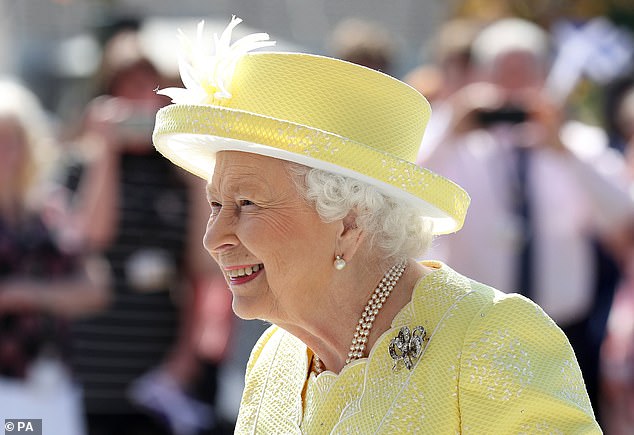 The school currently holds 1400 pupils and since the move in to its new building, it has developed an excellent partnership with Cumbernauld Amateur Athletics Club, which uses the sports facilities outwith school hours.

A significant number of young students attend the club and, as a result, several students have achieved national acclaim for their success in field and track events.

The Youth Philanthropy Initiative (YPI) sponsored by the Wood Foundation, is an integral part of the citizenship agenda in the school. 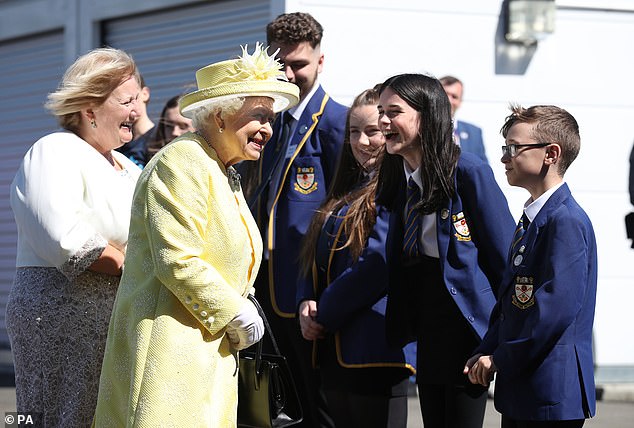 All young people have the opportunity to learn about, and support local charity groups, with an aim of securing a £3000 grant for their chosen one.

Greenfaulds is currently a Rights Respecting School with Silver Accreditation – the first secondary school in North Lanarkshire to achieve this status.

Following her visit, the Queen will then attend the Ceremony of the Keys at the Palace of Holyroodhouse.

The Guard of Honour will be F Coy Scots Guards. Pipes and Drums will be provided by 1st Battalion, Scots Guards and music by the Band of The Royal Regiment of Scotland.

The Scots Guards is Scotland’s Regiment of Foot Guards. Since its formation more than 375 years ago, it has forged a reputation as one of the toughest fighting units in the British Army.

As a mechanised regiment, it uses Mastiff and Jackal 2 armoured vehicles to engage enemy troops.

F Company is the regiment’s ceremonial company and has the special honour of acting as guards at royal residences such as Windsor Castle and Buckingham Palace.

They act as the permanent public duties element and are based at Wellington Barracks, London.

All new Scots Guardsmen passing out of training are posted to F Company, they then go on to join the Battalion based in Aldershot.

Their traditional uniform – a red tunic and bearskin hat – is famous all over the world. The Scots Guards’ bearskin have no plume and their tunic buttons are grouped in threes. 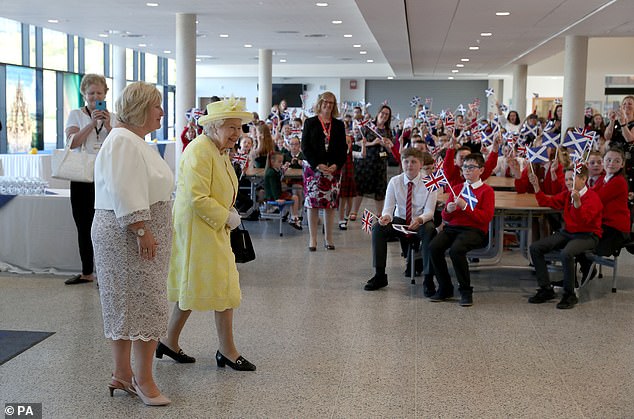 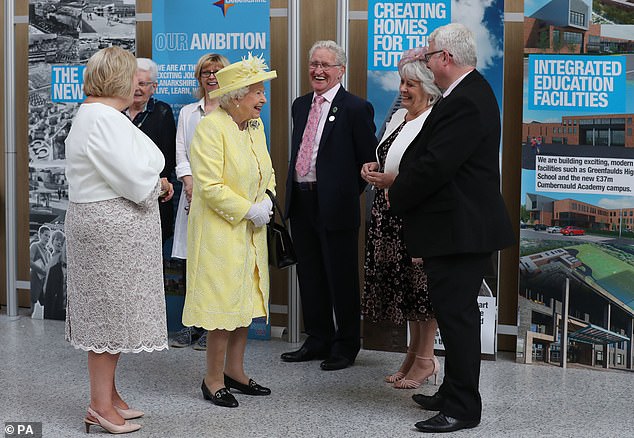 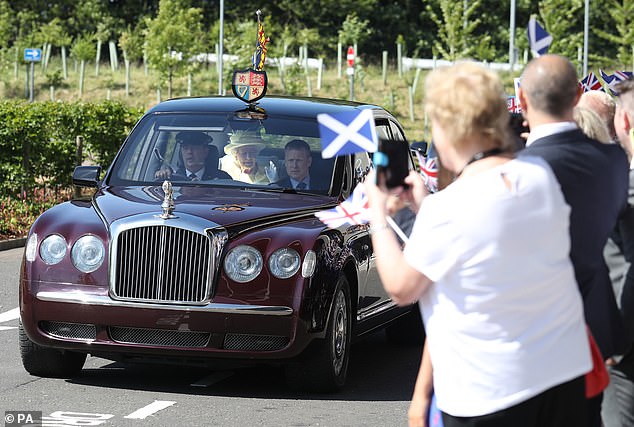 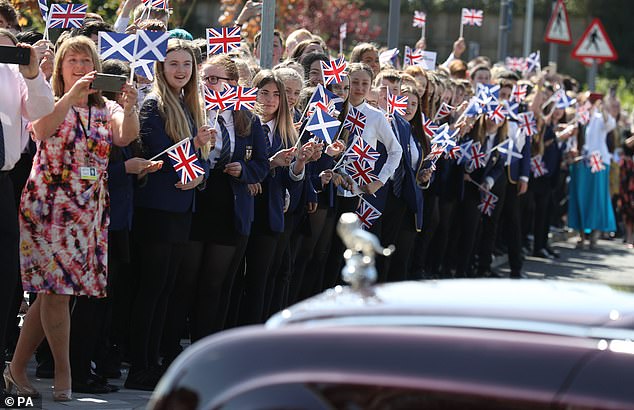