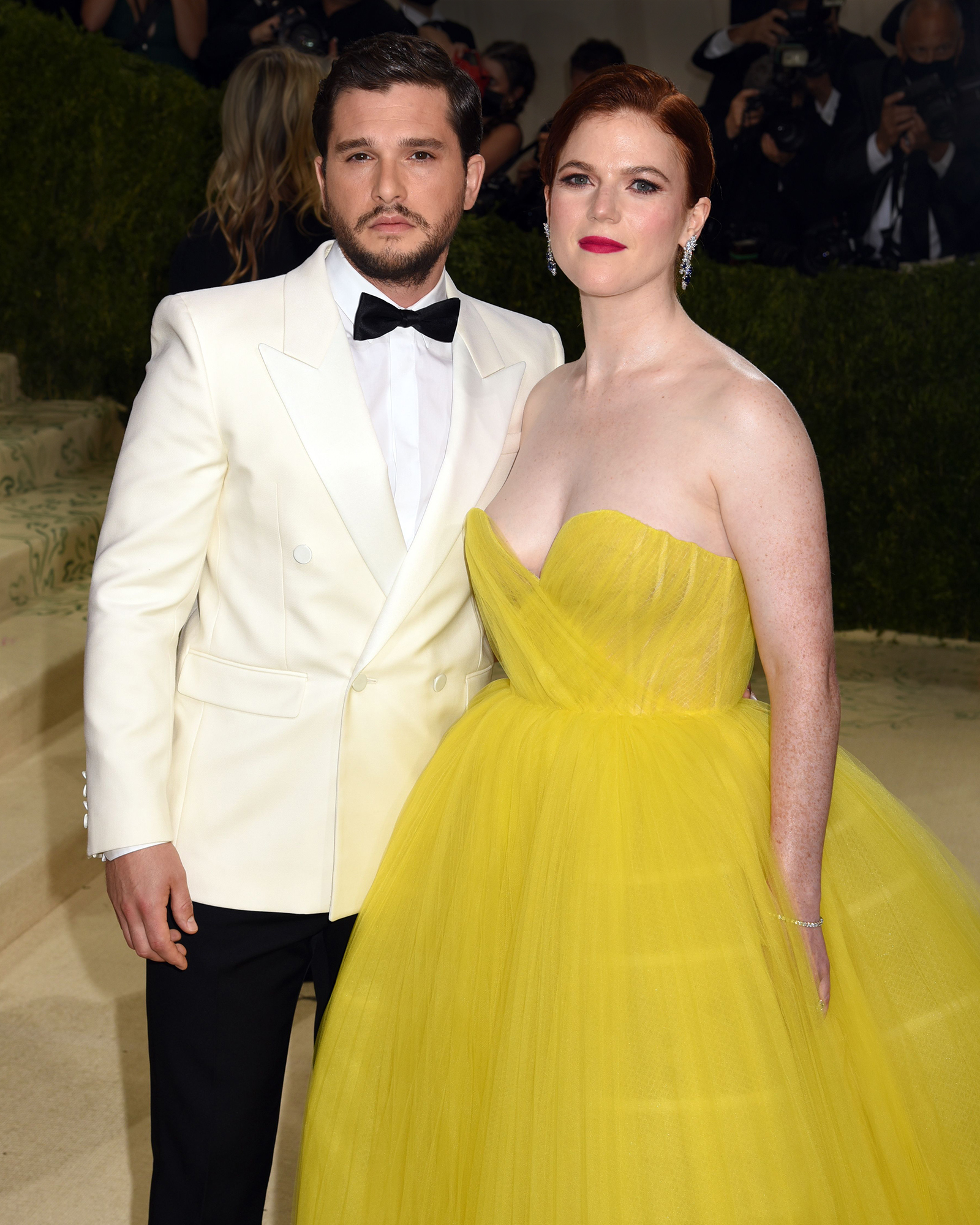 Working mom! Rose Leslie’s husband, Kit Harington, was a supportive parenting partner as she worked on The Time Traveler’s Wife.

“I was chomping at the bit to do this gig, do it well, and I felt I could balance it with our child,” the actress, 35, said in her Harper’s Bazaar U.K. cover story, published on Thursday, April 28. “But I remember finding it very brutal, being wrenched away from him. There were parts of me that doubted whether I would be able to see it through for six months. It was so tough.”

The Scotland native and her fellow Game of Thrones alum, also 35, welcomed their baby boy, now 14 months, in February 2021. With Leslie back at work, the actor “wore the Baby Björn loud and proud,” she told the magazine.

“There were many satisfying moments,” she gushed of the England native’s single parenting moments. “We had an understanding that when our son cried in the middle of the night, it was on Kit to go and look after him, as I would have to wake up early to work. It was kind of glorious.”

The Good Fight star noted that she struggled most with pumping breast milk, calling it a “physically [and] emotionally draining experience.”

Leslie explained, “You’ve been doing it all day and just when you want a rest in the evening, you have to do it again. I also remember one breast being larger than the other, but I was trying to stimulate the smaller one so I could give more. … It’s mind-boggling to me that women who come back to work after giving birth don’t feel supported. How can your employer expect you to sustain the mental capacity, the energy and the drive to do it with clout otherwise?”

While raising their little one, Leslie and Harington are intentional about making sure he is “aware of his ancestry.”

Sobriety Surprises: Lena Dunham, Jason Biggs and Other Stars Who Revealed They Got Sober

The Downton Abbey alum added that it is also “very important” for her husband to “recognize” himself as an addict “several years into his sobriety.” (The Eternals star checked into a Connecticut rehab facility in May 2019 for stress and alcohol abuse.)

“The AA community has provided such a loving space for him to feel heard, to make sure he’s not alone. But if it weren’t for rehab, he would be in a very different headspace right now,” the Vigil star explained on Thursday. “I’ve learnt a lot about addiction and it’s something Kit is forever going to be aware of, but it’s on him whether he chooses to drink again. No amount of nannying is going to be able to stop him from doing what he decides to do. I don’t choose to put that pressure on myself. The responsibility of his behavior is on him. It’s not on me to guard him from it.”