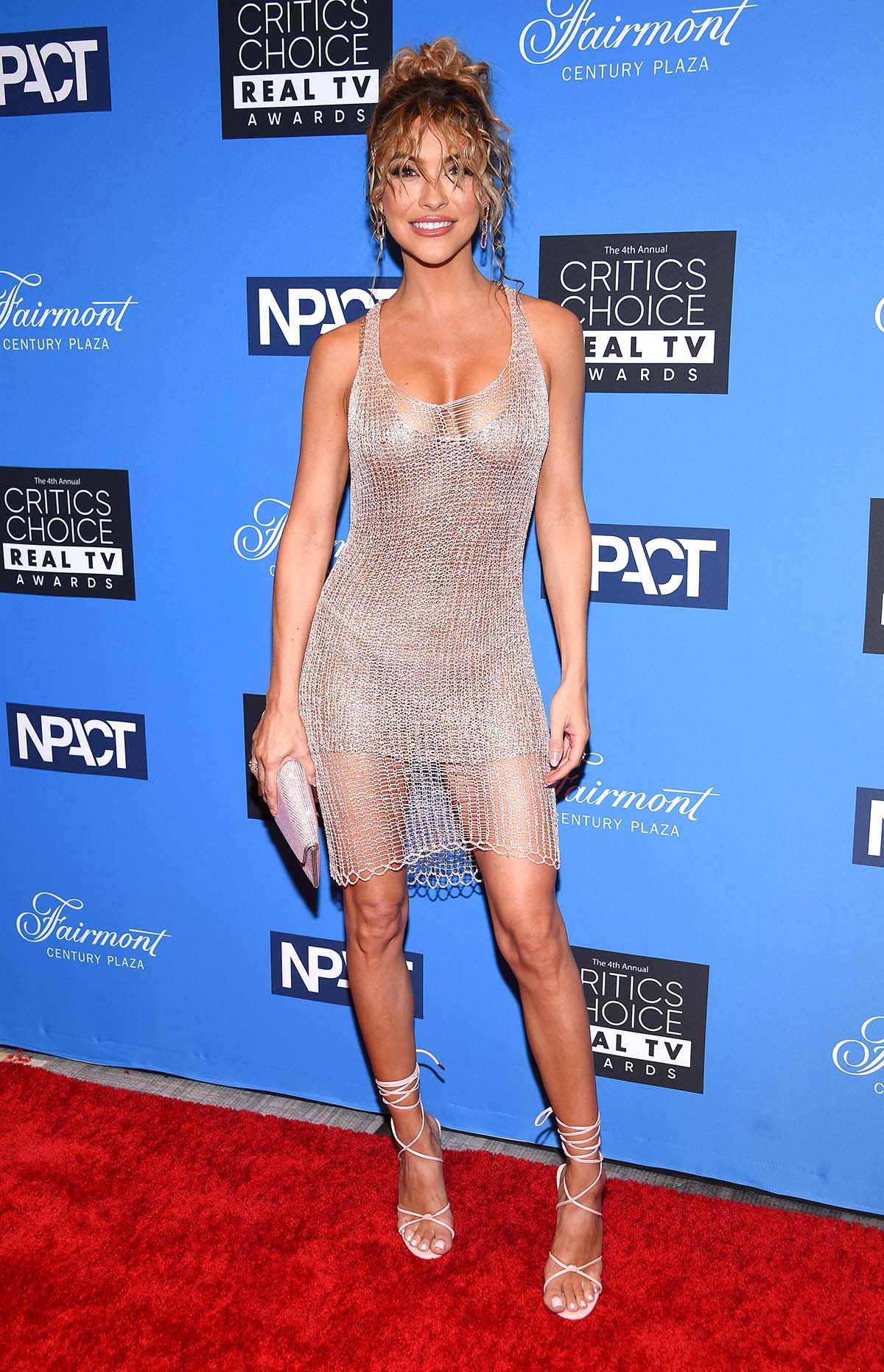 About Last Night: See the Best Dressed Stars on the Red Carpet and Beyond

For the show, which took place on Sunday, June 12, Stause, 40, stepped out in a metallic mesh design by Natalia Fedner. The chain dress left little to the imagination as it featured an open knit construction and a short hem. The All My Children actress paired the sexy look with strappy sandal heels from Femme and a sparkly clutch. 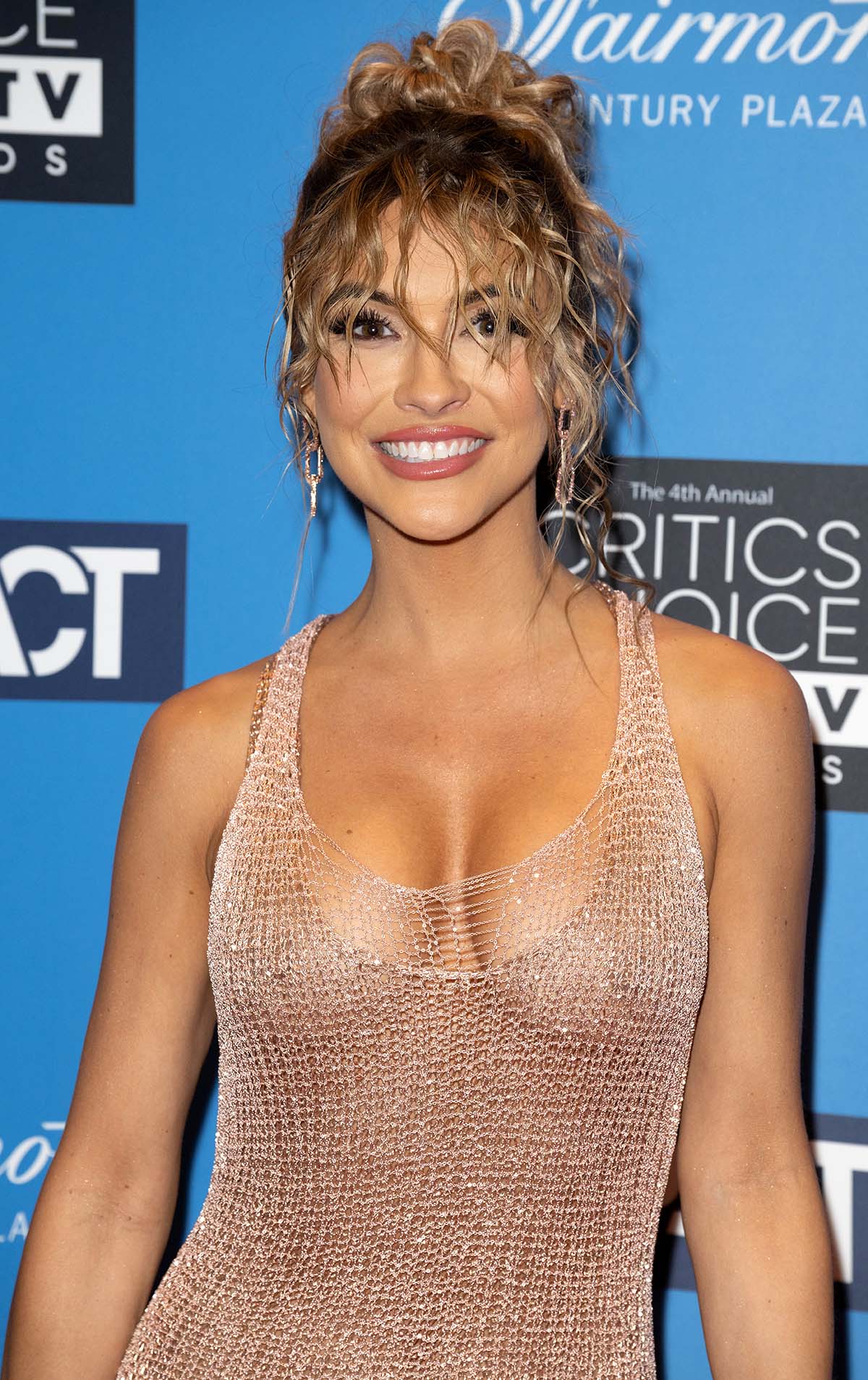 As for her glam, Stause styled her hair in a curly bang updo, which complemented her soft pink makeup. She further accessorized with dangling earrings and dainty rings. The reality TV star attended the ceremony to present alongside her costar, Chelsea Lazkani. The real estate expert looked just as radiant in a sequin gown with a high slit.

The glittery moment comes after Stause and Lazkani, 29, posed together at the MTV Movie & TV Awards on June 5. That night, the Under Construction author opted for a bralette and peekaboo pants by Grace Ling. She finalized the ensemble with Giuseppe Zanotti heels and a silver clutch also from Grace Ling. Lazkani was vibrant in a blue and green cutout gown.

The MTV Movie & TV Awards: Unscripted proved to be a big night for Stause. The Netflix star took home the trophy for Best Reality Star and delivered a heartfelt acceptance speech as the honor came after she went public with her relationship with artist G Flip. “I knew about this nomination before I had said, you know, anything about my sexuality, I’m not trying to get really deep with you guys, but the fact that this was voted on after, means so much to me because I wasn’t sure how that was going to go. Thank you so much guys. I appreciate it,” she said.

In addition to fans, the Kentucky native got some love from her ex-boyfriend and boss Jason Oppenheim. During the MTV Movie & TV Awards, which aired ahead of Unscripted, Stause, Oppenheim, and G Flip were seen sharing a huge hug. During the moment, Stause was seen mouthing, “What is happening?” at the camera.

The real estate agent revealed that she is dating the Australian rapper, 27, during the reality show’s season 5 reunion last month. “[I’ve been] spending a lot of time with someone that’s very important to me,” adding that G Flip is nonbinary and uses they/them pronouns.