As ‘Aladdin’ on Broadway prepares to reopen their doors, Shoba Narayan as Jasmine brings a necessary cultural awakening to the Disney show.

The pause within the pandemic gave space and time for people to have a pivotal, change-making reaction to the murder of George Floyd in spring of 2020. The call for progress and inclusion spread throughout industries, from Hollywood to Wall Street and eventually, to Broadway. Now, as the marquee lights turn on once again, playwrights, lyricists, choreographers, actors and other theater workers of color have, thus far, found more opportunities within the community. For Shoba Narayan, she found her first post-pandemic role as the iconic Disney princess, Jasmine, in Disney’s Aladdin. Within the shoes of the princess of Agraba, Shoba is bringing her South Asian background and diversity into the role. 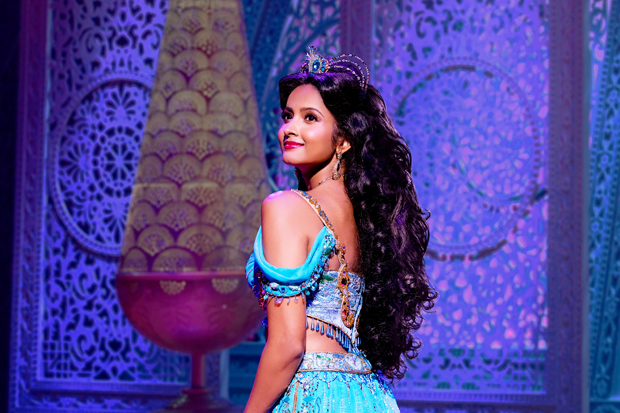 “We, South Asians and Middle Eastern people, didn’t have a lot to look to in the media growing up, so the Aladdin movie meant a lot to us and gave us some some pride,” Shoba told HL in an EXCLUSIVE interview. “I bring myself and my experiences to every role that I do, but this one in particular is really the closest that I’ve played to where I’m from.” The actress is also a Bharatanatyam (South Indian Classical) dancer and teacher, which has helped inform her role, as well as the rest of the cast when it comes to the show’s choreography. 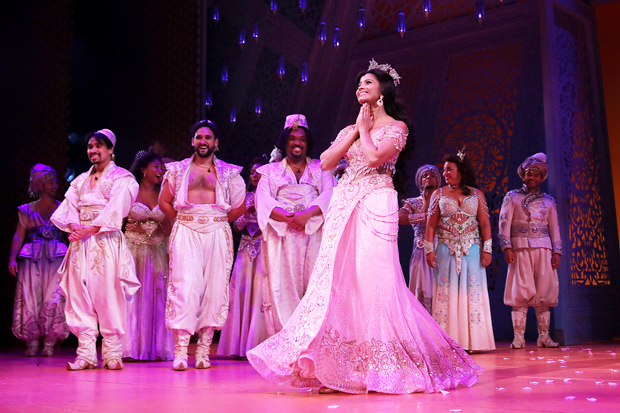 “When I was learning choreography for the show the other day, I think they were very surprised that I knew and was able to do the hand gestures, and the specificity in the movement. Casting someone who actually has that background, and the knowledge of those art forms is important,” Shoba explained. “I’ve been able to teach my cast how to authentically move in this way, which, I think when you have an all-white creative team pulling different things together and not being specific about it, having someone come in to help give a more authentic take on that movement is going to enhance the show.” 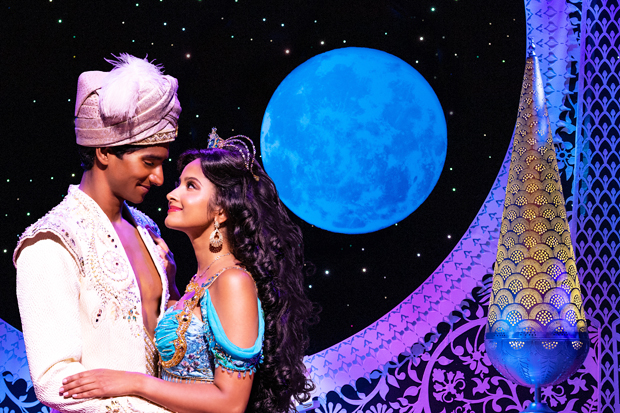 “To be able share this side of myself with an American community is really special to me,” she continued. The Chennai-born performer told HL that she suggested some changes to the show that would help take it into the “Broadway 2.0” era that is more modern and accepting. “I have had conversations with Disney about things that could be altered in the script, things that they should be mindful of,” Shoba explained. “For example, at the end of the movie, the animated film, Aladdin becomes Sultan, but audiences will have a little surprise at the end of our show,” teasing an alternate ending that Shoba helped work up with Disney producers.

She added, “It’s powerful, timely, and very, very important to continue to spread that message as we continue on.” Aladdin is now open on Broadway for everyone to see and enjoy!