THIS shocking X-ray shows a zombie killer knife buried so deep in a teenager’s buttocks that it had to be surgically removed by doctors.

The victim was flown to hospital with the serrated blade lodged deeply in his bum after Aaron Toward-Parker attacked him in a park in Wiltshire in January this year. 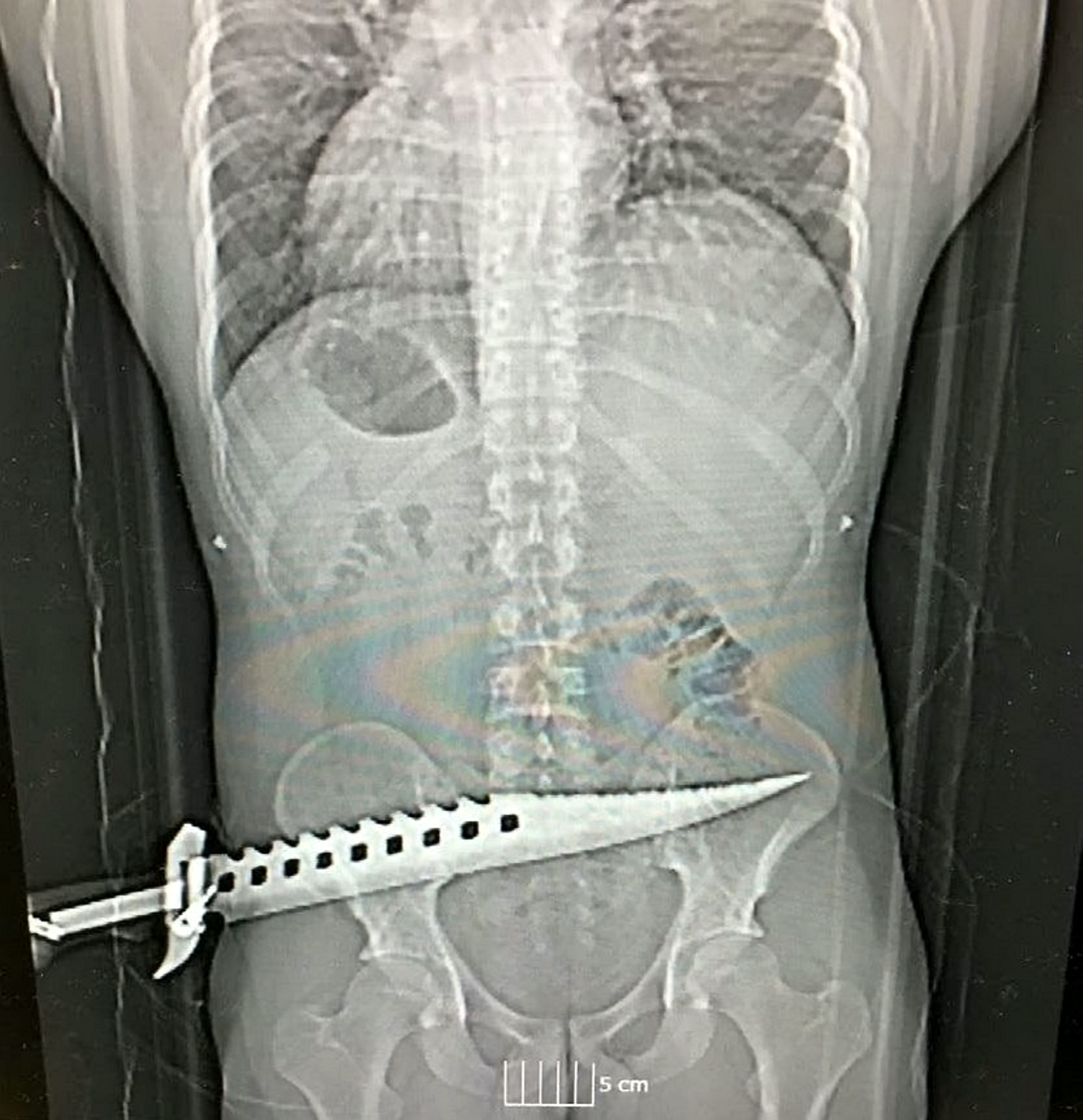 Jack Parfitt and Toward-Parker took part in the vicious ‘bagging’ attack against a friend of a supposed love rival of Parfitt.

The sick trend, known as ‘bagging’, is designed to humiliate victims who will often have to wear a colostomy bag for the rest of their lives.

In this instance, the victim, who cannot be named because of his age, made a good recovery.

Police released the shocking X-ray image in a warning to youngsters not to arm themselves with knives.

Det Sgt Scott Anger of Swindon CID told The Swindon Advertiser: “This was a very violent assault which could have very easily had serious, if not fatal, consequences.

“The victim who was stabbed had to be taken to hospital by ambulance with the large knife still in place and then had to have an operation to have the knife surgically removed.

“Luckily, he has gone on to make a good recovery, as has the other victim who was shot in the face but thankfully only received minor injuries.

“The two defendants went to that park carrying weapons with the intent of harming those they had gone to meet. They had no regard for the consequences of their actions or the fact that they could have seriously injured or even killed those that they attacked.”

Parfitt was believed to be upset that a colleague of his pregnant girlfriend was flirting with her, so arranged to meet up with him at a local park.

When the 18-year-old identified his target he opened fire with the BB gun, he then told his mate to get out his terrifying zombie knife.

After waving it about, Toward-Parker, 18, smashed the hilt of the weapon into the head of the gun victim’s friends, before plunging it into his lower back, according to The Swindon Advertiser.

Judge Peter Crabtree adjourned his case and remanded him in custody.

The judge put Parfitt – 17 at the time of the attack – on a youth rehabilitation order as he has served eight months inside on remand.

Sonja Leith, head of crime prevention at Wiltshire Police, said: “We are carrying out a wide range of proactive work and activities aimed at highlighting the impact that knife crime has on our communities.

“Although these types of incidents are rare, it is still incredibly concerning when we have cases where young people are carrying weapons and then using them to assault others.

“However, it is important to stress that the vast majority of young people do not carry knives and those who do have a much higher likelihood of becoming a victim of knife crime themselves.

“We would hate to think that young people were arming themselves with the misguided view that this makes them safer, when in fact the very opposite is true.’

MOST READ IN NEWS

‘I PROMISE NOT TO DO THIS’

Knife crime has increased slightly in Wiltshire over the past year.

In London, the knife epidemic has reached unprecedented levels and there have been 86 deaths in the capital since the start of 2019.

Last year was London’s bloodiest in a decade – when the number of homicides reached 132 – and it shows no signs of abating. 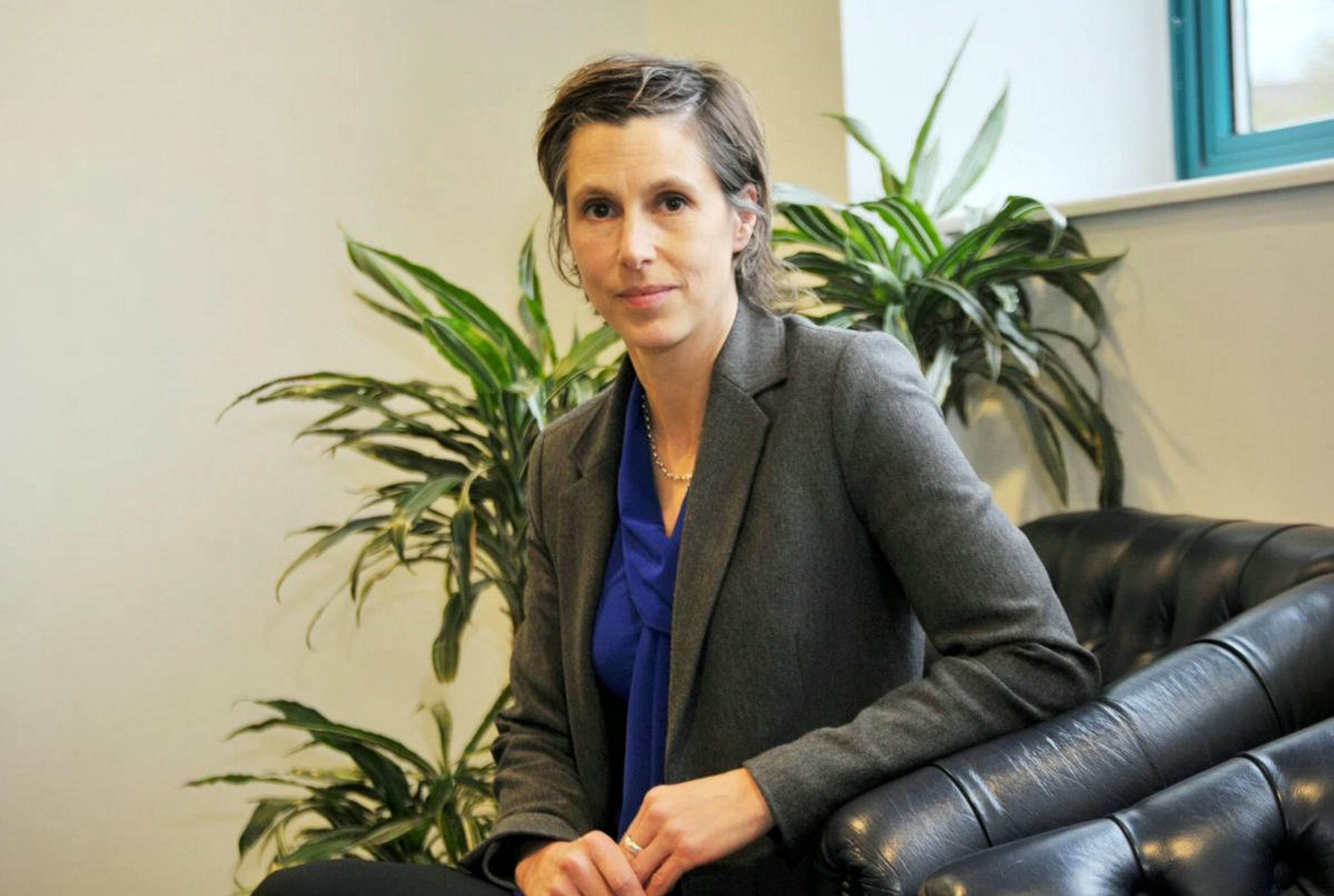