One of Australia's top aged care experts has criticised the recent inquiry into scores of deaths at two Victorian nursing homes, saying it lacked independence, had been prevented from investigating the actions of the federal government and had been hampered by an inability to compel witnesses.

Relatives of some of the 83 elderly people who died in the St Basil's Homes for the Aged and Epping Gardens centres in Melbourne have also complained that the homes have been allowed to carry on with "business as usual" despite the deep criticisms of their performance during the pandemic. 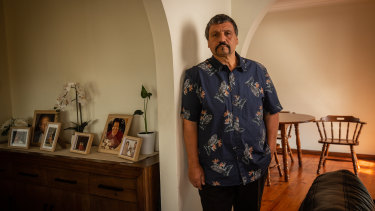 ‘Nothing but errors and omissions of care’: Spiros Vasilakis, whose mum Maria was a St Basil’s resident who died of coronavirus.Credit:Scott McNaughton

The head of health law and ageing research unit at Monash University, Joseph Ibrahim, said the report into COVID-19 outbreaks at St Basil's and Epping Gardens could not be considered independent because its terms of reference placed the regulator, the Aged Care Quality and Safety Commission, "out of scope".

Coronavirus deaths in private or not-for-profit nursing homes in Victoria accounted for 655 of the more than 801 fatalities during Victoria's second wave of infections. The worst-affected homes were St Basil’s in Fawkner, where 45 residents died, and Epping Gardens, where 38 lives were lost.

The federal government received the report into those two outbreaks from authors Lyn Gilbert and Alan Lilly in late November, but federal Health Minister Greg Hunt released it only on December 21, the same afternoon the Andrews government put out its hotel quarantine report.

Mr Hunt said the report laid out what had caused the outbreaks "following the Victorian hotel quarantine failures".

It found both nursing homes had been inadequately prepared for a coronavirus outbreak, had insufficient infection prevention procedures and that a "surge" workforce sent in to help when staff had been forced to isolate had been "unsure what to do".

But the families of people who died at St Basil's and Epping Gardens said it was a whitewash to help the Morrison government and its aged care regulator evade responsibility for failing to arrest coronavirus in Victorian nursing homes.

Spiros Vasilakis' mother died at St Basil's in July. He said the independent review had left him "heartbroken" because it "points to nothing but errors and omissions of care by St Basil's".

St Basil's was shut down at the height of the second wave, with all residents sent to hospitals or into care elsewhere. It reopened in September. Epping Gardens never completely shut. Both homes are now operating under the same management personnel as before the pandemic swept through them. 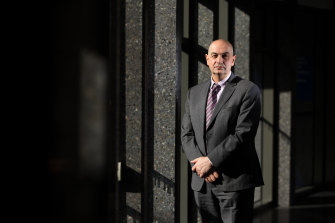 Vicky Kos, the facility manager at St Basil's, refused to assist federal nursing agencies who took over the centre in July, before eventually evacuating it, the review found. When St Basil's reopened, Ms Kos returned to her job. Ms Kos did not respond to questions from The Age and The Sydney Morning Herald, and refused to be interviewed for the Department of Health review.

Professor Ibrahim said the review provided further evidence that the federal government was trying to deflect blame for hundreds of deaths in aged care. "There's no legitimate reason to exclude the commission [from the terms of reference]," he said

"This isn't an independent report. Both of the authors are sensible people, but the report they have produced cannot be said to be independent. They had no ability to compel witnesses, they didn't have access to government documents and they had no protection for anyone to be a whistleblower."

One of the report's authors, Professor Lilly, conceded that the inability to compel witnesses did "limit our capacity". However, he insisted it remained an independent report and, though it had been commissioned by the Health Department, the government had no influence over its findings. 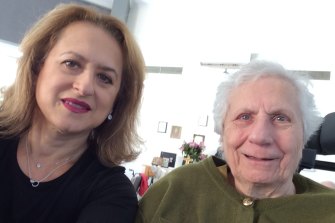 Christine Golding and her mother Efraxia at St Basil’s.

The decision to allow St Basil's to keep its operating licence angered Christine Golding, whose mother Efraxia died in hospital soon after she was transferred out of the nursing home. Ms Golding said she did not have confidence in the federal government or the Aged Care Quality and Safety Commission.

In September, she emailed commissioner Janet Anderson to ask why St Basil's still had a licence to operate. Ms Anderson's response said that, since the residents had been transferred off-site, "a lot of work has been done by St Basil's. The commission is satisfied the service is now ready to deliver safe, quality care."

In a statement to The Age and the Herald , Ms Anderson said her commission had taken appropriate regulatory action and had continued to monitor both St Basil’s and Epping Gardens.

Sophia D'Alberto's 81-year-old mother Anna Barboussas died in hospital in August, two weeks after she was taken out of St Basil’s. "My mum was wiped off as if she never existed in that facility." 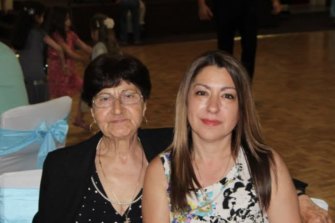 Ms D'Alberto said her mother had lost a third of her weight at the time she died, something that pointed to her having been neglected at St Basil’s before coronavirus spread through the centre.

Nicholas Barboussas also lost his father, Paul, at St Basil’s aged 79. So badly run was the home that shortly before his father died, Mr Barboussas was told by St Basil's staff he was "safely relaxing in his room, and five hours later I got a call from the Northern Hospital saying that he was about to die".

He said it was "staggering" the federal government allowed St Basil's to remain in operation. 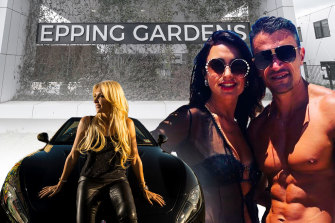 Ms Woodward has worked in an aged care home in Kilmore for seven years, and when she last visited her father in Epping Gardens at the height of the outbreak, saw staff tending to him with no personal protective equipment.

At the same time, she was in full PPE at the aged care home she worked at in Kilmore. "We didn’t have any cases."

Ms Woodward said it was incredibly upsetting that Epping Gardens was still running, as if nothing had happened. "To be that irresponsible and still be allowed to go on, it’s disgusting."

The Andrews government comes in for some criticism in the report, both for its poor communication with the homes and "missed opportunities", including not immediately informing the Department of Health of the first case of coronavirus at St Basil's in July (the Aged Care Quality and Safety Commissioner also failed to pass on this information).

A Victorian government spokeswoman said the Morrison government was the regulator of aged care, and the state had "supported them in every possible way".

She said the Andrews government "remains concerned about the vulnerability of some private and not-for-profit residential aged care services", even though "much progress has been made throughout the course of the pandemic".

"There are nursing homes still not as prepared as they should be," the spokeswoman said.

The Victorian government wants Canberra to create rules requiring minimum levels of nursing staff in all aged care homes – currently, there are no rules on this.

The report makes repeated references to the failure of "surge" workforces at both homes. Public health researcher Sarah Russell said this was Mr Colbeck's responsibility.

"We had months to get a surge workforce in place. And yet it was a complete shemozzle," she said. "It was the Aged Care Minister’s job from February to protect aged care homes from community transmission."

She said attempts to blame the Victorian government for deaths in aged care was "absurd". Hundreds of Victorian homes without infections or deaths made it clear it was possible to prevent outbreaks.

"Colbeck only had a few jobs: the surge workforce, personal protective equipment and then you had training. Those three things didn’t happen."

Our Morning Edition newsletter is a curated guide to the most important and interesting stories, analysis and insights. Sign up here.