Major mix up? Sutton Stracke set the record straight on her feud with Lisa Rinna regarding Elton John’s Oscars party a few years ago.

“I didn’t know it was going to blow up like this,” the 50-year-old star exclusively told Us Weekly on Friday, September 24. “I don’t know — the things I say sometimes get [me] into trouble.”

The Georgia native previously claimed during the Wednesday, September 22, episode of Watch What Happens Live With Andy Cohen that Rinna, 58, and her husband, Harry Hamlin, never sent her a thank you card after being invited by Stracke as her guests to the musician’s annual bash.

As the episode was airing live, the Oregon native fired back at Stracke’s remarks via her Instagram Stories.

“We didn’t come as your guests @suttonstracke. @eltonjohn invited us to his event, you asked us to sit at your table,” Rinna wrote on Wednesday. “So we did. Let’s just make that clear.” 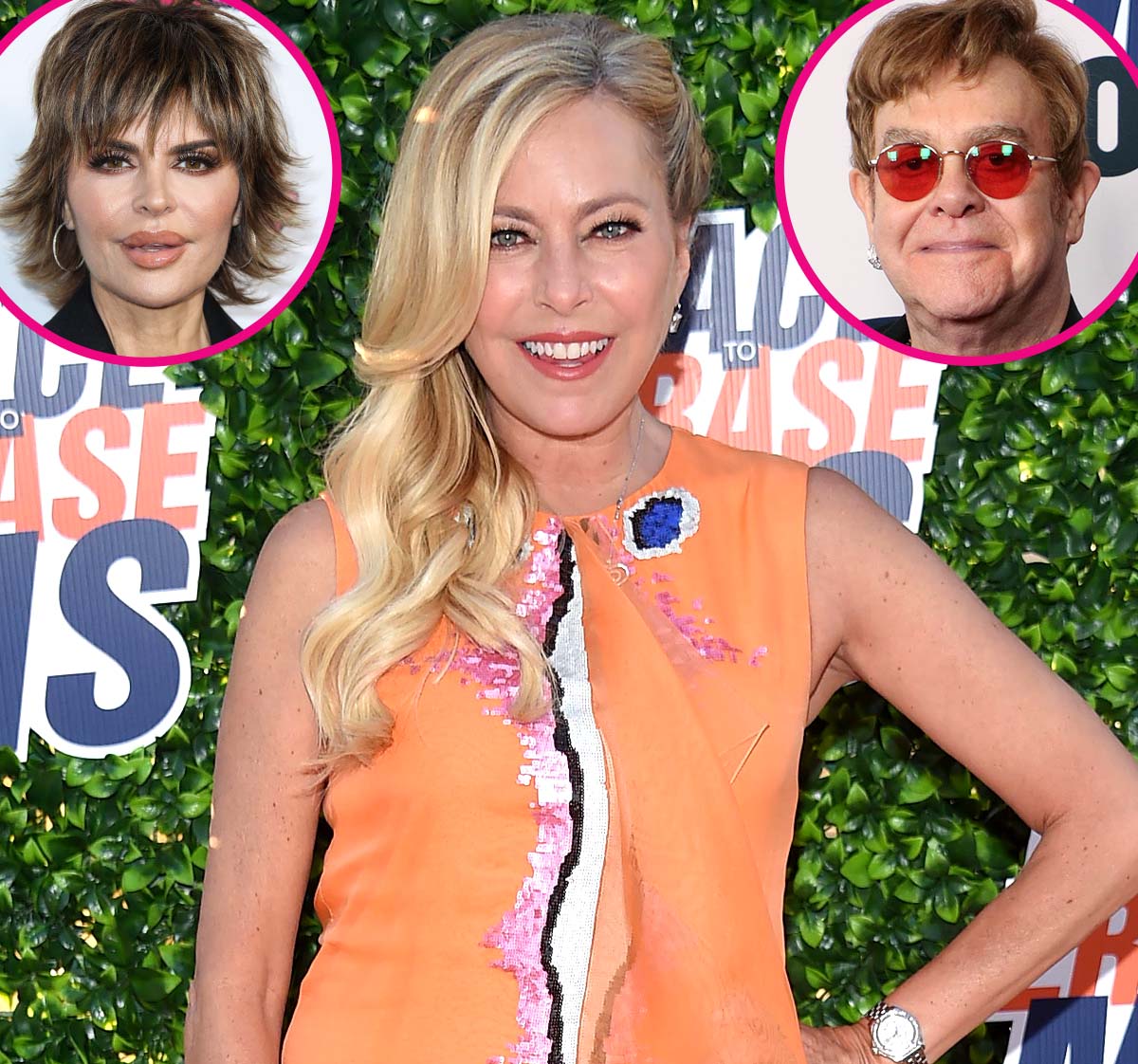 The Melrose Place alum continued by saying that she has attended the “Rocket Man” singer’s “fabulous” gala “for years,” including back in 2006 when she was competing on Dancing With the Stars.

Stracke, who stars alongside Rinna on The Real Housewives of Beverly Hills, replied to her costar while still on WWHL, claiming that she “actually bought those tickets for them.” She noted that perhaps Rinna wasn’t aware of that fact, and therefore it was “a miscommunication.”

The mother of three further explained her side of the story to Us on Friday, saying, “I think maybe Lisa was missing my point” about the whole situation.

Inside All of the Star-Studded Oscars Afterparties

“My point was really that it doesn’t matter — when you’re friends, it doesn’t matter if you get a thank you note or not,” Stracke continued. “Maybe Elton John did send her an invitation, but I paid for her seats.”

She concluded: “That’s it. It’s no big deal. I’m not mad at her for not sending me a thank you note. And I did also say on Watch What Happens Live that, you know, maybe it was just miscommunication. It’s not a big deal.”

Rinna continued to fuel the fire on Thursday, September 23, by posting a photo of her and Hamlin, 69, at the 2019 Oscars party in question.

Ladies Tell All! Everything We Know About ‘RHOBH’ Season 11 Reunion

“#tbt The Elton John Oscar Party February 25, 2019. Guests of Elton, not Sutton,” she captioned the Instagram photo. “But I love that Sutton bought a table, and all of the money went to the @eltonjohn aids foundation. ❤️ That’s a good thing!”

Stracke told Us on Friday that she saw the photo and reached out to Rinna in order to squash the drama.

The Real Housewives of Beverly Hills airs on Bravo Wednesdays at 8 p.m. ET.

With reporting by Christina Garibaldi