A schoolgirl who was diagnosed with ovarian cancer at the age of 14 has revealed she thought her swollen belly was down to a poor diet and lack of exercise.

Kelliyah Avorgah, now 15, of London, was stunned when doctors discovered a 5kg tumour in her ovary and diagnosed her with stage 1 of the disease within 24 hours of her arriving at hospital.

She is now in remission but has to have regular scans for the next five years and is likely to face a premature menopause.

Luckily she is still able to have children, and Kelliyah said the traumatic experience has made her realise that ‘anything can happen’ and you should ‘enjoy every little thing in life’. 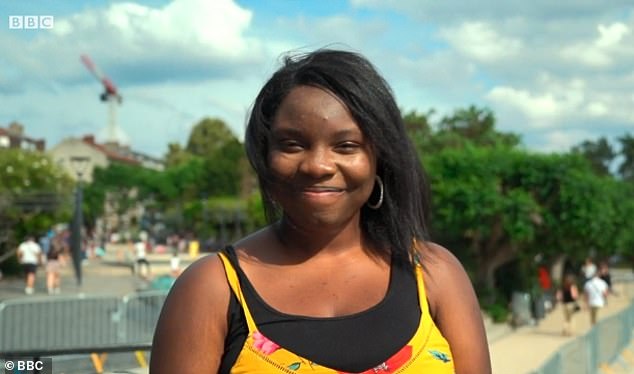 Kelliyah Avorgah, then 14, of London, was stunned when doctors discovered a 5kg tumour in her ovary

She told how her belly had ‘got really big’ but she’d presumed she was putting on weight and began upping her exercise.

But despite running up hills and doing push-ups, nothing was working.

‘Then I went vegan but my belly was getting bigger and bigger,’ she told the BBC.

‘My mum said, “Let me touch your belly,” and it wasn’t jiggling, it was like I was pregnant.

‘After that, I started feeling lots of pain, it was like something was poking me inside, and I couldn’t eat at all.’ 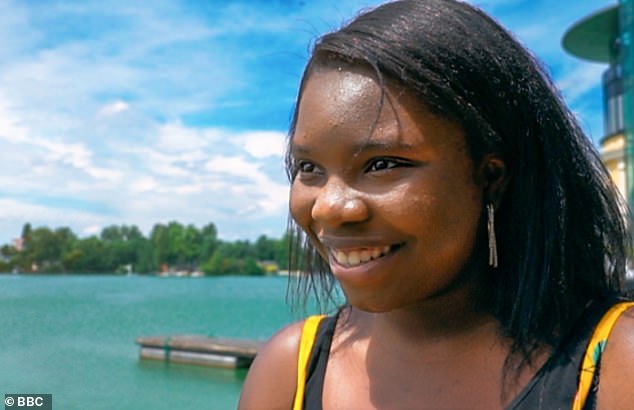 At the hospital, Kelliyah recalled seeing the nurse’s face during a scan, at which point she realised her problem was more sinister than she thought.

‘I started to get scared and I started crying and she didn’t know what it was,’ the teenager recalled.

Kelliyah’s mother Ashley admitted she too was ‘terrified’ and felt guilty that she hadn’t taken her daughter to hospital sooner.

After five scans and an MRI in one day, the pair knew there was something seriously wrong – and then they saw the tumour.

It went all the way up from her ovary to her chest, but thankfully surgeons were able to remove it.

What are the symptoms of ovarian cancer?

Currently around 84 per cent of ovarian cancer cases are diagnosed in women over the age of 50, and more than half of all cases in women over 65.

It is, however, important to remember that a woman can get ovarian cancer at any age, so women of all ages should be symptom aware.

The symptoms of ovarian cancer can be difficult to recognise, particularly early on.

They’re often the same as symptoms of less serious conditions, such as irritable bowel syndrome (IBS) or pre-menstrual syndrome (PMS).

The most common symptoms of ovarian cancer are:

– Discomfort in your tummy or pelvic area

– Feeling full quickly when eating, or loss of appetite

– Needing to pee more often or more urgently than normal.

Other symptoms can include:

– A change in your bowel habits

– Feeling tired all the time

It’s wise to go and see your GP if you’ve been feeling bloated most days for the last three weeks, or if you have other symptoms of ovarian cancer that won’t go away – especially if you’re over 50 or have a family history of ovarian or breast cancer, as you may be at a higher risk.

It’s unlikely you have cancer, but it’s best to check. Your GP can do some simple tests.

Less than two per cent of of ovarian cancer cases affect women under 20, but The Teenage Cancer Trust claims it’s becoming increasingly common in younger women and girls.

Kelliyah admitted she struggled to find information about her diagnosis and how it impacts girls her age when she searched for it online.

Kelliyah added that she’s found some young people are ashamed of saying they had cancer and talking about it, but she’s grateful to have had incredible support from her mother. 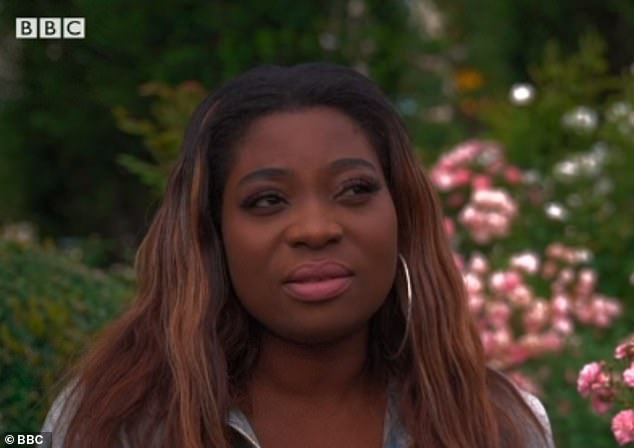 Ashley said she believe there are health stigmas present in some black communities, as they see it as ‘an embarrassment’ and don’t want to be ‘looked down upon’ or judged.

She admitted there is a lack of communication within her community when it comes to sickness.

The ordeal has made keen singer Kelliyah more eager to fulfill her dreams, and music has played a huge part in her recovery.

She hopes to accomplish her goals before she has children, adding: ‘I want to do everything now, now, now – time doesn’t wait for anyone.’ 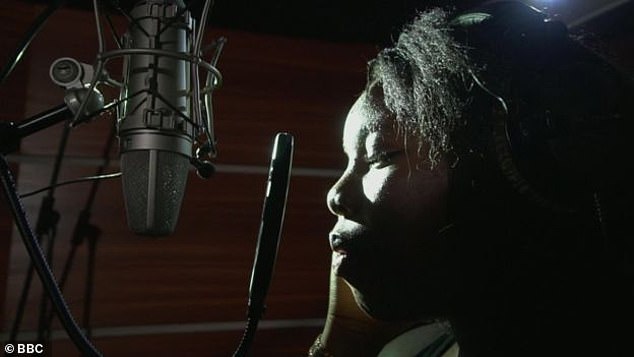 The ordeal has made keen singer Kelliyah more eager to fulfill her dreams, and music has played a huge part in her recovery