The old Trot’s face went a deathly shade of pale… or at the least, grey: HENRY DEEDES watches Labour’s dream die as the exit poll is revealed

Shadow Chancellor John McDonnell was a whiter shade of pale. Or at the very least grey. Ashen. I believe the la-di-da folk at posh paint firm Farrow and Ball term such a deathly pallor ‘Elephant Breath’.

When the exit polls were announced shortly after 10pm, McDonnell was the one who’d drawn the short straw to deal with the BBC’s formidable attack dog Andrew Neil.

I suspect the old Trot never expected a majority, possibly not even a hung Parliament, but even in his worst nightmares I doubt he could ever have predicted such a drubbing. 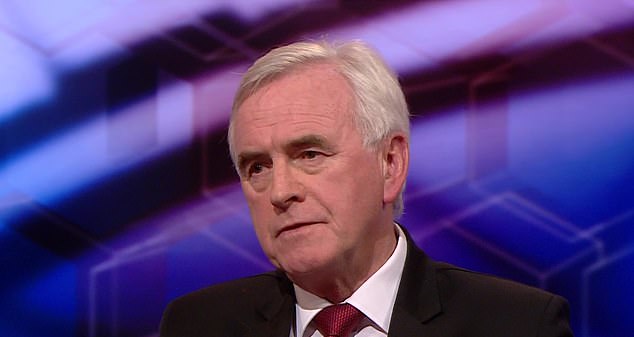 Not long after Huw Edwards announced the exit poll result, old Mr McDee looked as though he was in dire need of a blood transfusion. And fast. Or at the very least an intravenous dose of Redoxon.

Time, perhaps, to ditch your style of socialism and return to the centre Left, asked the old rottweiler. ‘I believe we are on the centre-Left,’ said McDonnell incredibly.

What?? This from the man who intended to send the country back the union-led, nationalised 1970s.

He complained that it was all Brexit’s fault. The PM had put all his focus on leaving the EU. Not fair, rotten Boris, seemed to be what he was saying. Concentrating this ruddy election on the biggest issue the country was facing.

Neil, an economic journalist by trade, wasn’t having any of it.

This was all down was Labour’s barmy economic policies. ‘Oh, I think we won the argument,’ wailed McDonnell, still tottering from what looked set to be an electoral spanking. My goodness. His party had just been hoiked out of the park and he was still sticking to the party’s wholly rejected manifesto.

Over on ITV, Tom Bradby was suggesting to Jeremy Corbyn’s loyal shadow Dawn Butler that it was time Jezz slung his hook. ‘I don’t think we should even be talking about that actually,’ she replied insouciantly. 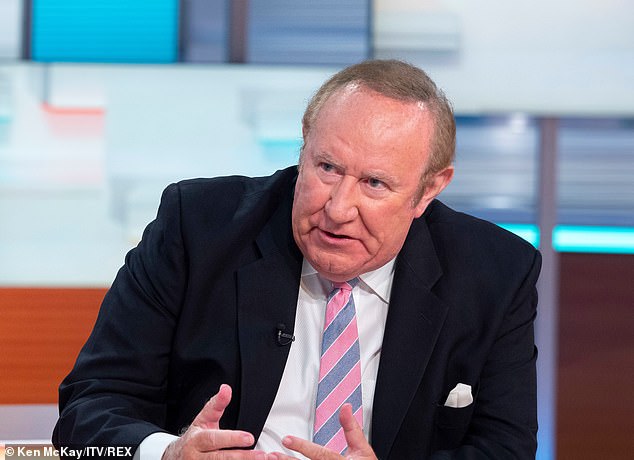 Putting it as delicately as I can, she’s not brain of Britain is Dawn. Loyal to the core though. Beady eyes on becoming Labour’s next deputy leader.

But it was a catastrophic result, surely, said Bradby. ‘It’s still very early,’ she said, as though some dramatic turnaround was still possible. Schoolmasterly Tom did well to stifle his giggles.

Sky News had booked John Bercow to great fanfare. Pretty much the first time we’ve heard from him since he vacated the Speaker’s chair.

Mr Bercow had been entertaining audiences by shouting ‘order, oderrrr’ all evening. I remember reading an interview once with One Foot In The Grave actor Richard Wilson when he expressed disappointment that all audiences wanted to hear from him after he quit the popular sitcom was his catchphrase ‘I don’t believe it!’ I fear the same fate awaits Bercow. American audiences, to be fair, will probably lap it up.

Sky host Dermot Murnaghan, old pro that he is, indulged the little goblin for a while. I got the distinct impression he regarded Bercow as a bit of a berk.

But then most of Sky’s budget had probably been spent securing his services. It certainly wasn’t spent on Sky’s set.

Bercow, avid Remainer that he is, seemed almost shell shocked at the result. Still, lots of work for Boris still do in getting Brexit done, was his general message. ‘But he’s got a majority,’ Sky’s impenetrable political editor Beth Rigby pointed out. Bercow seemed rather stumped by that. And not a little peeved.

As for Boris, if the exit polls weren’t exactly declaring him World King, he would just have to settle for the honorific of Prime Minister, First Lord of the Treasury and Minister for the Civil Service of the United kingdom.

But then considering what was at stake last night, that will do him very nicely thank you very much.