The secret recipes mothers REALLY swear by: Parents share their go-to creations that never fail to impress guests – including a Christmas pudding vodka and a hot cheese dip

Savvy parents have revealed their irresistible secret recipes that are guaranteed to get the tastebuds of any dinner guest tingling.

An anonymous woman, believed to be from the UK, took to Mumsnet and shared her secret recipe for ‘amazing ranch dressing,’ which she claims makes her kids ‘enthusiastically’ eat ‘anything’ dipped in it – including celery, radishes and green peppers.

She went on to explain that the recipe requires equal measures of buttermilk and mayonnaise, double of Greek yogurt, half the juice of one lemon, two tbsp of dried Parmesan, a teaspoon of dill, garlic granules, Maldon seat salt, onion powder, and cracked black pepper.

The post was quickly inundated with creative parents from across the nation who posted their infamous dishes – including everything from tasty sausage rolls to a ‘cheat’ creme brûlée. 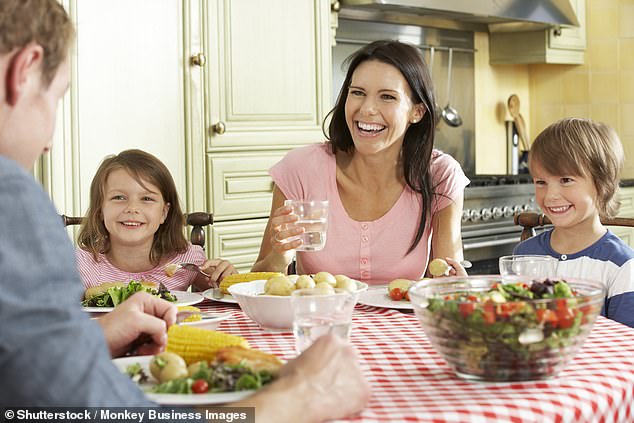 Parents from across the UK have taken to a Mumsnet thread to share their irresistible recipes. Pictured, stock image

An anonymous woman, believed to be from the UK, took to Mumsnet and shared her secret recipe for ‘amazing ranch dressing,’ which she claims makes her kids ‘enthusiastically’ eat ‘anything’ dipped in it – including celery, radishes and green peppers

In the thread, one woman was keen to disclose her ‘ridiculously simple’ recipe for sausage rolls  – adding that the secret is butcher’s sausage meat, with sage and onion stuffing mix.

She continued: ‘Make a huge sausage roll on puff pastry cut individual slices. I make it quite thick and egg wash top and sprinkle with herbs and the finer crumbs from the sage and onion stuffing.’

However, another amateur chef suggested mixing the sausage meat with marmalade to give it a ‘ tangy, slightly sticky flavour.’

Amongst some of the other bizarre suggestions included adding a few cubes of dark chocolate to a chilli and grating frozen butter to create some ‘fluffy’ buttermilk biscuits.

Here are some of the best suggestions… 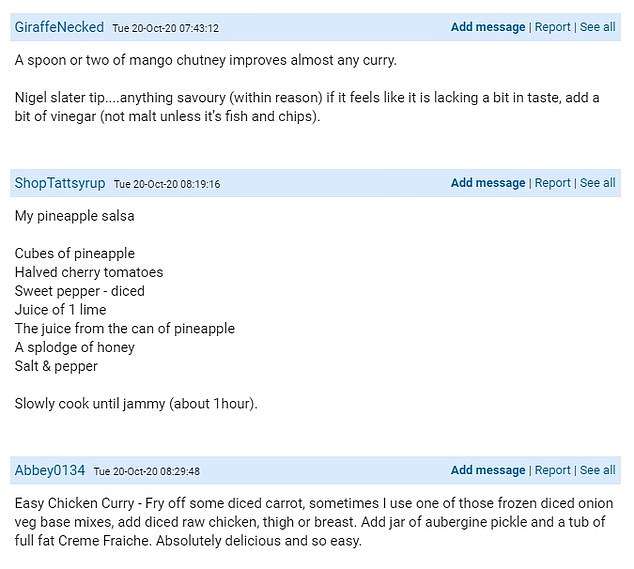 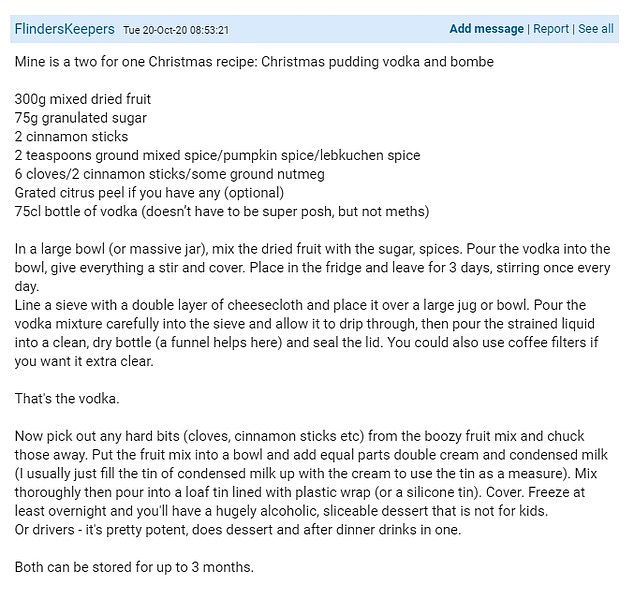 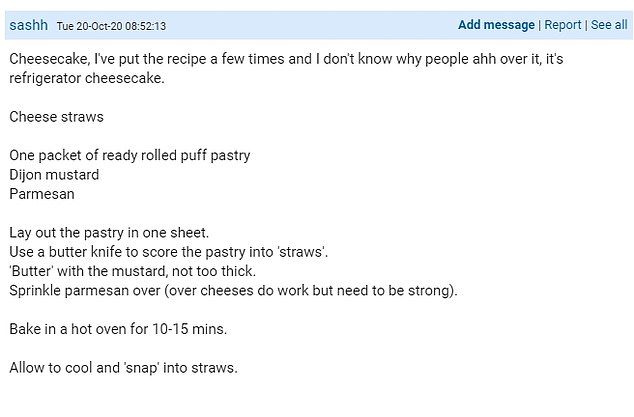 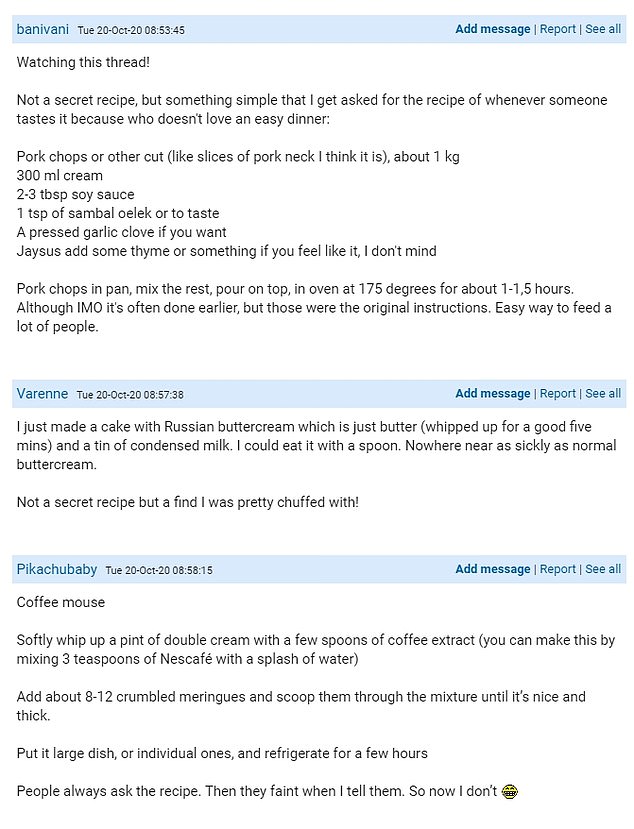 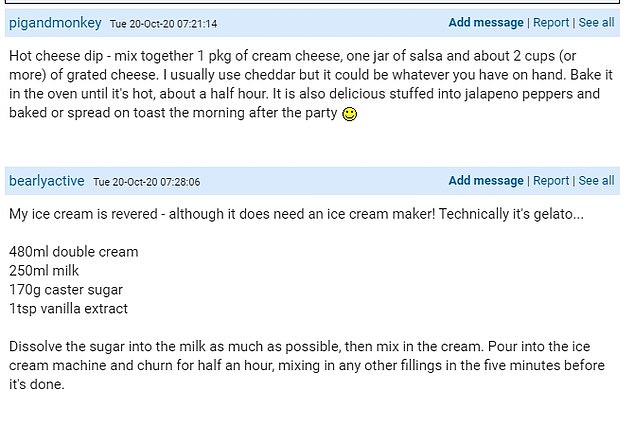 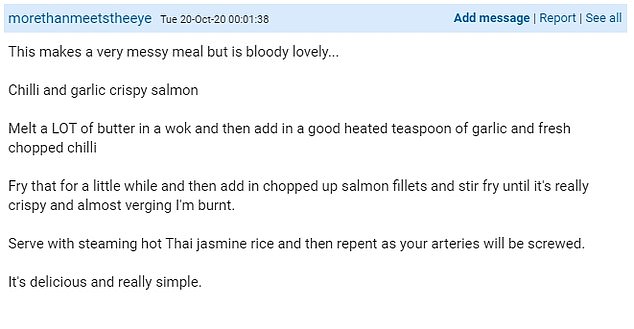