Landscape painter Arthur Streeton ruled Australian art auctions in 2021, commanding the highest price for the year and taking out four of the top 11 sales.

In a list dominated by dead, white, male artists, Streeton attracted a record-breaking $3 million for his work The Grand Canal (1908), which depicts Venice at the turn of the century and was auctioned by Deutscher and Hackett in April. Brett Whiteley claimed second place with The Dove in the Mango Tree (1984), sold for $1.96 million at a Smith & Singer auction in November.

Streeton’s fellow Heidelberg School member Frederick McCubbin’s work What the Little Girl Saw in the Bush (1904) was the third-highest earner, sold for about $1.5 million in April.

Four of the works in the top 11 were painted more than 100 years ago. Deutscher and Hackett executive director Chris Deutscher said the year’s auction results reflected a trend of younger buyers collecting older, traditional works. Mr Deutscher said in the past five years there had been growing interest in older works, with big gallery shows helping to focus buyers’ attention on the artists.

Jeffrey Smart, the subject of a current blockbuster show at the National Gallery of Australia, had three works in the top 11, created in Italy where he lived much of his adult life. Seven of the 11 works were set outside Australia.

Several works on the list were made available to the public for the first time in many years, having been tightly held in private collections before they went to auction.

One woman is on the list: Bessie Davidson, who was for a time an Impressionist like Streeton and McCubbin, working in Adelaide and later Paris.

Widely regarded as Streeton’s finest painting of Venice, The Grand Canal was hidden from the public eye for more than a century. It was purchased before World War I by Arthur Baillieu and remained in the Baillieu family until 2019. It was spied in a private home in Victoria’s western district by then head of the Hamilton Gallery Sarah Schmidt and this year sold for a record price. Measuring 92 x 168.5 centimetres, Streeton’s massive piece captures gondolas, barges, struts in the water, the palace buildings and the expanse of water and sky exquisitely. 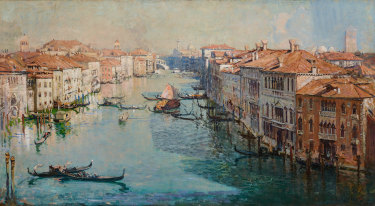 As a young boy, Whiteley was fascinated with birds’ eggs and nests and that love of nature endured throughout his life. Many of his works feature birds, among other animals, in the Sydney Harbour. Whiteley holds top ranking for the most expensive work by an Australian artist with Henri’s Armchair, which sold at auction for $5 million to a private collector in November 2020. 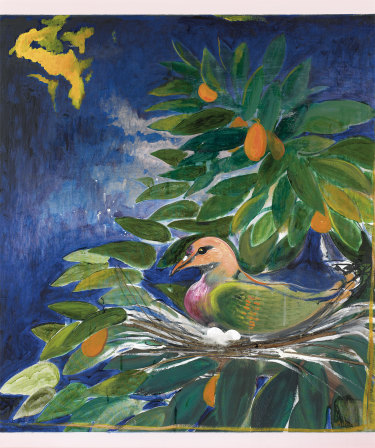 Arriving in England in May 1897, Streeton – already an accomplished artist in his homeland – would soon paint differently. The English light was starkly different from the bright, sharp light and strong colours of Australia. Streeton was inspired by masters including Constable, Turner, Titian and wrote: “I feel convinced that my work hereafter will contain a larger idea and quality than before.” 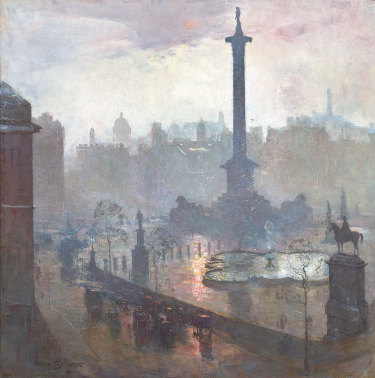 The Centre of the Empire (1902) by Arthur Streeton.Credit:Courtesy Deutscher and Hackett

This work was painted after McCubbin moved with his wife, Annie, and their five children to Victoria’s Mt Macedon, to the Gothic villa they named Fontainebleau. It was shown at his first solo exhibition at Melbourne’s Athenaeum in 1904. Back then, Little Girl sold to a canny collector for £21 (about $3300 today), while this year the evocative piece went under the hammer for more than 400 times that. Of the show, McCubbin wrote to his friend and fellow artist Tom Roberts, “I honestly think that the work I put in was the best I have ever done.” 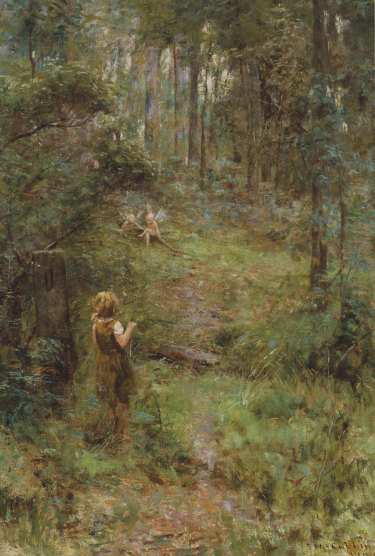 Frederick McCubbin’s What the Little Girl Saw in the Bush (1904). 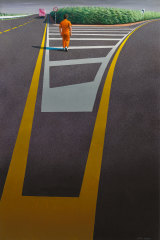 Smart’s love of the industrial image was a revelation to many when he started painting his trademark gritty urban landscapes. He sees beauty and cause for celebration in what many regard as ugly.

Fellow expatriate Australian Clive James said of Smart: “If there is an endemic Australian quality, it might be in the confidence with which he not only combines the functional exuberance of modern industrial life with the iconography of the past, but equalises and balances those two things, so that a Matisse poster in the context of an Australian suburb becomes more lyrical than ever.”

Williams’ distinctive landscapes are enduringly popular in Australian art sales. He said he “strove to depict the underlying bones rather than the surface skin of the Australian continent”. After six years in Britain, Williams returned to Australia seeing it as though for the first time, employing his newfound perspective to great effect. Two years after this work was painted, in 1977 he was the first Australian artist to hold a solo exhibition at the Museum of Modern Art in New York. 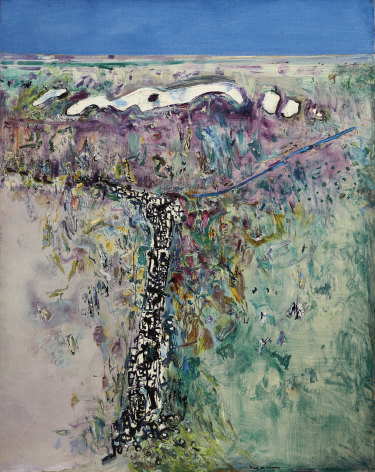 Streeton visited Venice during a second honeymoon with his wife and fellow painter, Nora Clench. He produced many works in the northern Italian city, playing with colour and light, following a rich tradition in the Western art canon. A classic view of the city, from a slightly higher perspective than some of his others including The Grand Canal, the work’s tones are pastel and shimmering. It was painted during a period of relative innocence and joy, a decade before Streeton was appointed official war artist during World War I, when he documented the Western Front, focusing on the devastated terrain rather than the drama of human suffering. 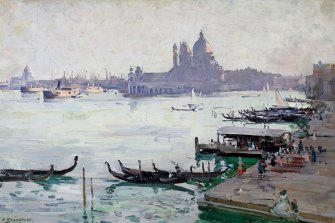 Typical of the beauty and darkness of Smart’s urban paintings, this offering from the early 1970s illustrates composition and geometry as cornerstones in his work. His artworks are intriguingly ambiguous: Smart was determined to provide few insights or explanation, wanting the viewer to come to their own conclusions. The solitary figure pictured here – as in many of his works – takes on a particular resonance in this COVID era. 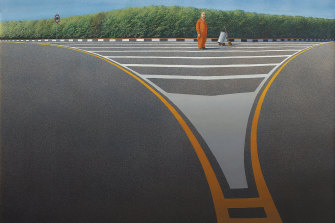 Jeffrey Smart’s The Arezzo Turn-Off I, (1973).Credit:Courtesy of Smith & Singer

Streeton’s one Australian entry on the list is a stunning rendition of the Tasmanian capital with Mount Wellington as a massive backdrop. It is one of the largest Australian works he created – measuring 102 x 152 centimetres – and was made thanks to a commission from the Tasmanian Tourist Bureau. The journey there was also reportedly the first time he flew on an aircraft, a nod to which is evident in a study for this series, which features a plane. 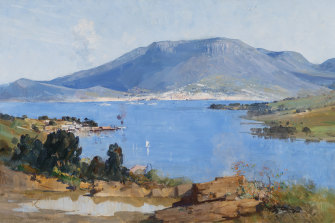 Created in his adopted home Italy, Jeffrey Smart’s obsession with the built landscape continues in this work. “Suddenly I will see something that seizes me – a shape, a combination of shapes, a play of light or shadows, and I send up a prayer because I know I have seen a picture,” he said of his practice. 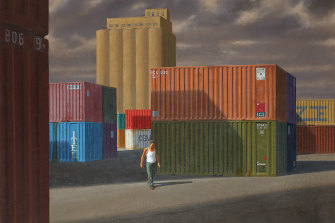 This portrait reflects the artist’s preferred oeuvre: light-filled domestic interiors, landscapes and portraits of women often created in the Impressionist style. Hailing from Adelaide, Davidson studied with and under Rose MacPherson, later known as Margaret Preston. The two would also travel to Paris to study and work. Davidson became the first Australian woman admitted to the Société Nationale des Beaux-Arts in Paris and was made a chevalier of the Legion of Honour, the highest award conferred by the French government. 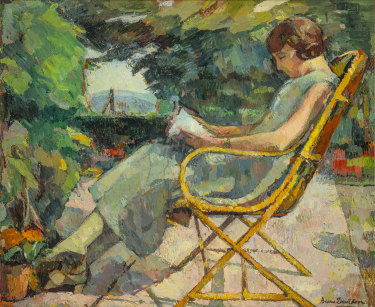