A thrifty mother has revealed how she bagged £107 worth of childrens’ clothes for just £7 at Sainsbury’s – all thanks to her Nectar card.

Nicola Shakespeare, 33, from Porchester, told how she used the annual Nectar double-up offer, which allows customers to swap points for a double-up voucher that can be used on everything from toys to clothes.

She shared photos of her new purchases to Facebook group Extreme Couponing and Bargains UK, alongside the caption: ‘Thank you to whoever it was that posted about the Sainsbury’s double up – all this was £107. I had £50 on my nectar card – so doubled it up to £100, so only had to put £7 in.’

And members of the group were delighted to hear about the handy hack – with some even saying it’s a money-saving trick they follow each year.

‘My mum does this for our kids for Xmas it’s a great idea,’ wrote one, while a second commented: ‘Glad you got some bargains by doubling up!’ 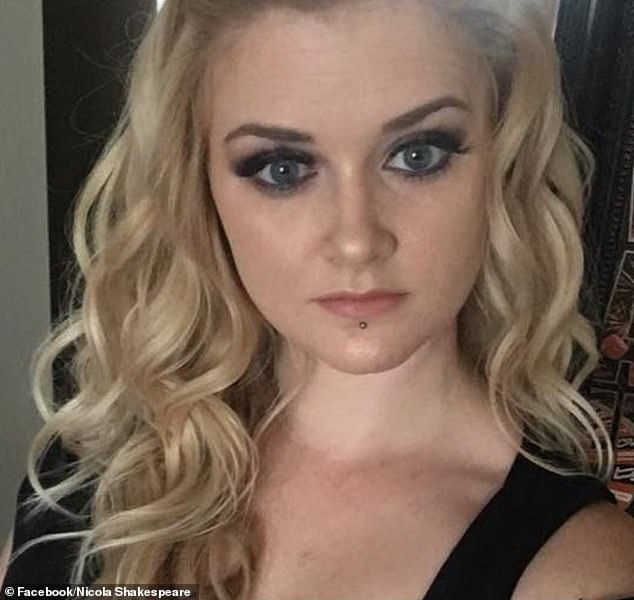 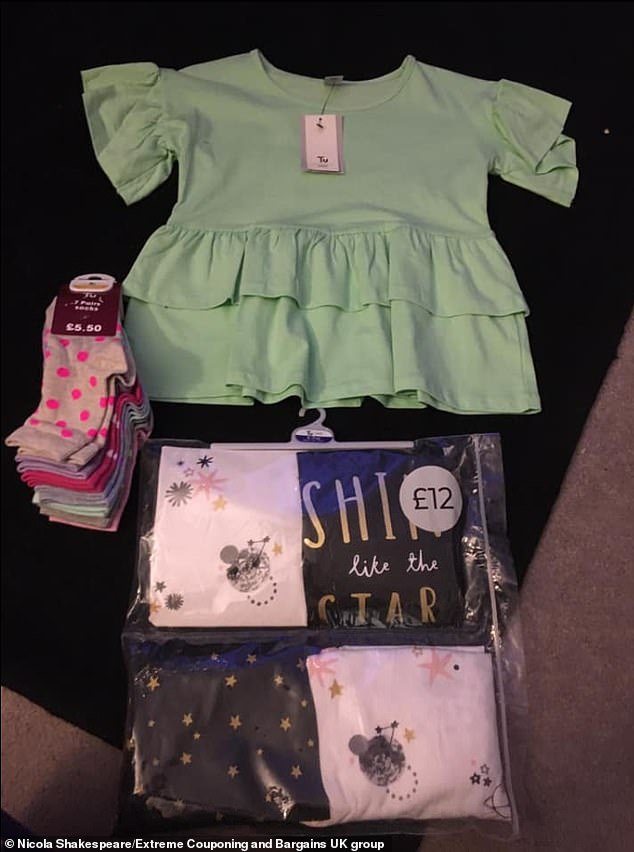 In the post, the busy mother wrote: ‘Thank you to whoever it was that posted about the Sainsbury’s double up.’ Pictured, some clothes which were amongst the items she bought 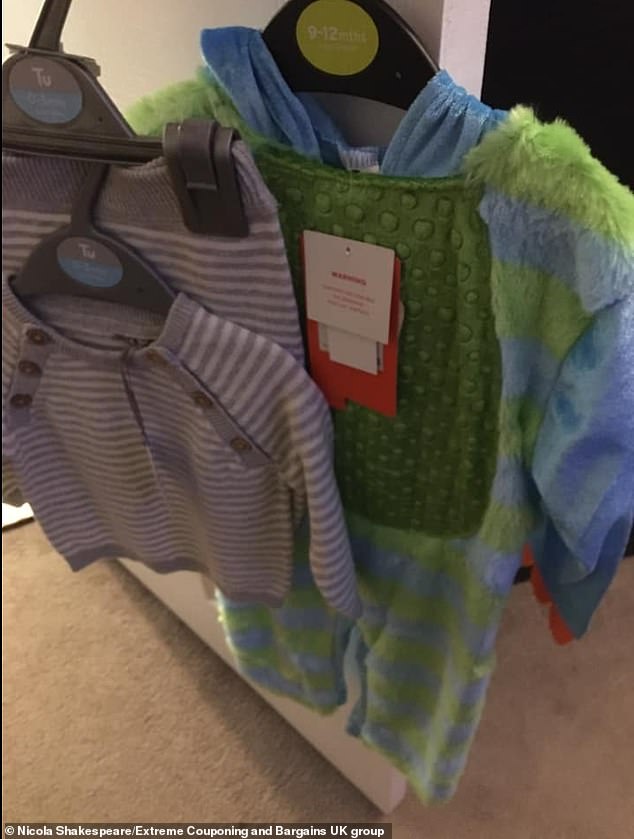 The finance manager purchased a baby shower outfit, some bits for kids for Christmas and some school dresses. Pictured, items from the shop

Nicola, who works as a finance manager, went on to explain how the items she bought included a baby shower outfit, some bits her kids for Christmas, school uniform and some Dumbo-themed pyjamas for herself.

And on top of that, some of her purchases were already half price in Sainbury’s Tu sale, meaning she got even more for her money.

‘What a great idea on run up to Christmas,’ she told others. ‘Can use on so much stuff too – lady at the till said toys as well, everything except food really.’

And Nicola was so pleased with her money-saving hack that she told how she’s already ‘filling the card back up’ for next year. 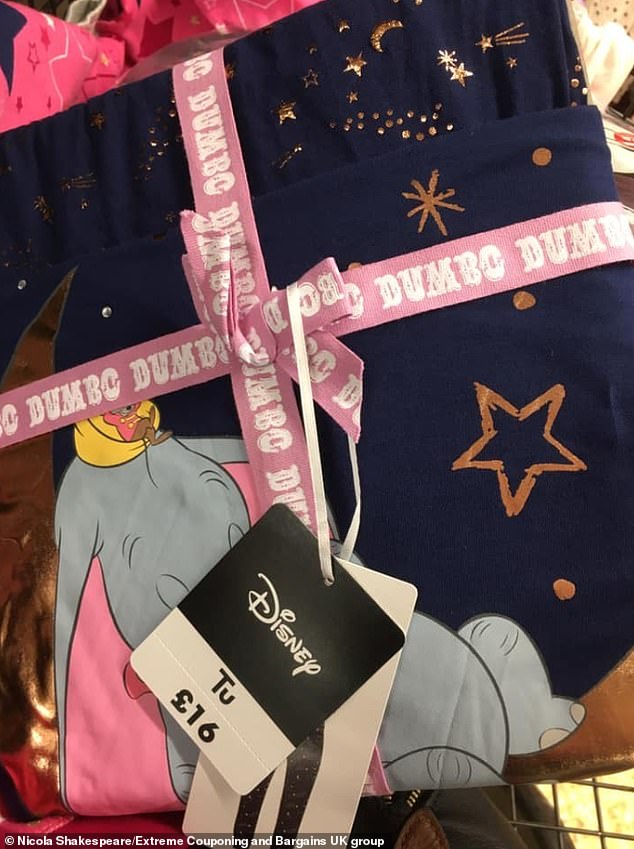 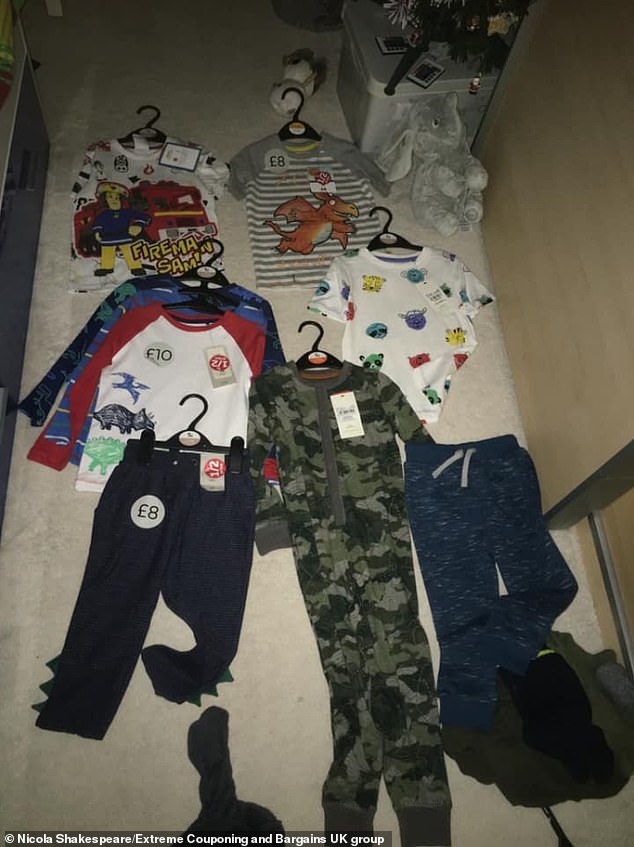 Nicola bagged everything from tops, jumpers, trousers and socks with the voucher – and spent just £7 (pictured)

‘Well done,’ praised one member of the Facebook group, while a second commented: ‘Ours didn’t have much when I went down yesterday but did manage to get a Pokemon top, a Lego movie top and 3 plain tops for my little boy all for £15.’

A third penned: ‘Good way to stock up,’ while a fourth enthused: ‘Sainsbury’s double up is my favourite shopping day. I’ve been doing it for years.’

A further who jumped on the bandwagon added: ‘I spent £107 last night and it was so nice just handing over £7 great idea. I save my points every year for it. I got 4 presents for family and some clothes for grandkids technically for 7 pounds.’ 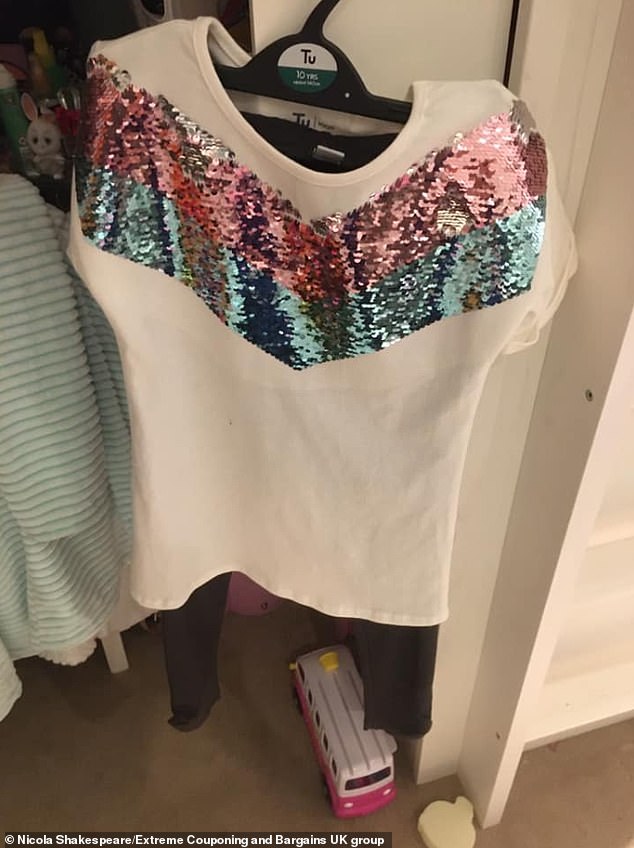 Nicola was so chuffed with her purchases that she admitted she’s already starting to fill her Nectar card up for next year. Pictured, an item of clothing she bought with the voucher 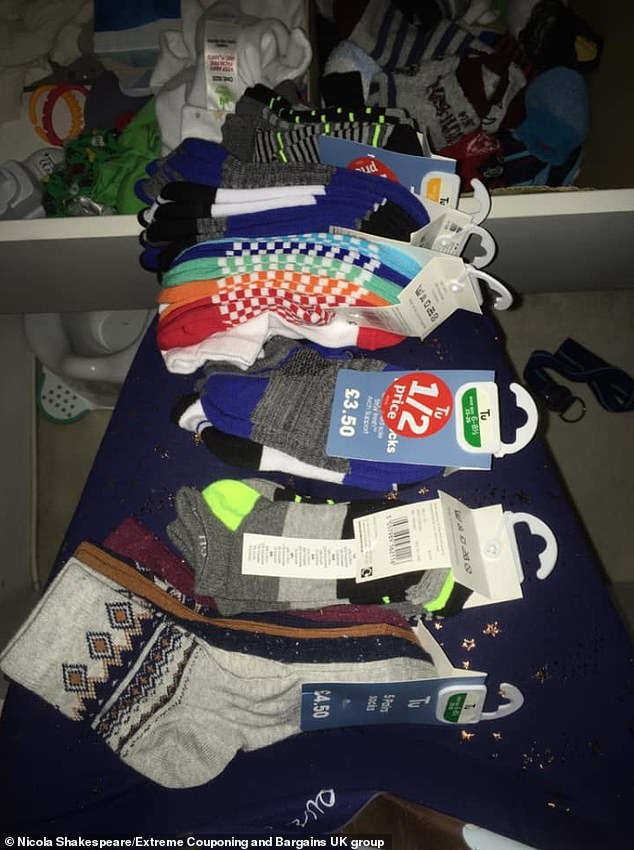