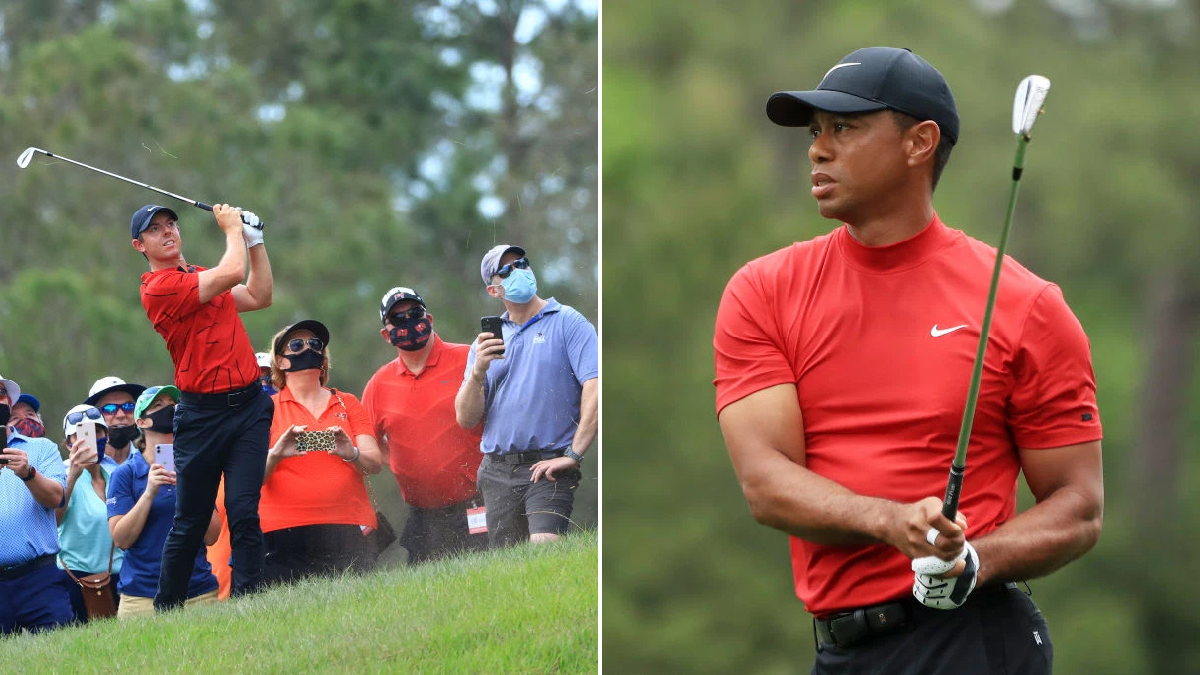 Tiger Woods has thanked his fellow golfers for their ‘touching’ show of support on the final day of the WGC-Workday Championship in his first comment since last week’s horrific car crash.

Rory McIlroy, Jason Day and Patrick Reed were among the stars who played the final day at The Concession wearing Woods’ iconic red shirt and black trousers.

The 15-time major championship winner, who has suffered serious injuries to both legs, was able to watch the tournament from his hospital bed in Los Angeles as he recovers from the crash.

‘It’s hard to explain how touching today was when I turned on the TV and saw all the red shirts,’ wrote Woods on his Twitter account.

‘To every golfer and every fan, you are truly helping me get through this tough time.’

‘I guess for us it’s just a gesture to let him know that we’re thinking about him and we’re rooting for him,’ McIlroy said of the tribute.

‘Obviously things are looking a little better today than they were on Tuesday, but he’s still got a way to go, he’s got a huge recovery ahead of him.

‘But I think it was just about everyone showing their appreciate for what he means to us out here.

‘If there was no Tiger Woods I just think the tour and the game of golf in general would be in a worse place.

‘He’s meant a lot to us, he still does mean a lot to us, and I think this was just a little way to show that.’

Woods was hoping to play at The Masters next month having undergone his fifth back operation at the end of last year, but those hopes have been dashed by the crash.

The 45-year-old has ‘significant injuries’ to both legs, including multiple fractures and a shattered ankle, and faces a very long rehabilitation process just to walk again, let alone play golf.

For more stories like this, check our sport page.