Tori Spelling wishes she’d slept with Ryan Seacrest: ‘I would’ve been dating up’

Tori Spelling added fuel to the rumors that her and Dean McDermott’s marriage is in trouble.

While appearing on SiriusXM’s “Jeff Lewis Live” on Wednesday, the former “Beverly Hills, 90210” star, 48, revealed she and McDermott, 54, are sleeping in separate bedrooms.

“What is really going on? You put the wedding ring on. Are things OK?” Jeff Lewis asked Spelling after she was spotted without her ring in March. “Because I feel like the last time you were here things were good, you were having sex. Are you guys sleeping in the same bed? Personal?”

“You know what? Right now, my kids and dogs sleep in my bed,” Spelling responded before confirming that McDermott is sleeping “in a room.”

The actress then explained that when the former “Chopped Canada” host left for “another country” to film an unspecified project, four of their five children decided to sleep in her bed.

“Since he left — this is not good, you guys — but since he left [and] he was gone for six months filming in another country, they all stayed with me,” she explained. “So I currently still have four in the bedroom with me who have yet to go back to their rooms, yes.” 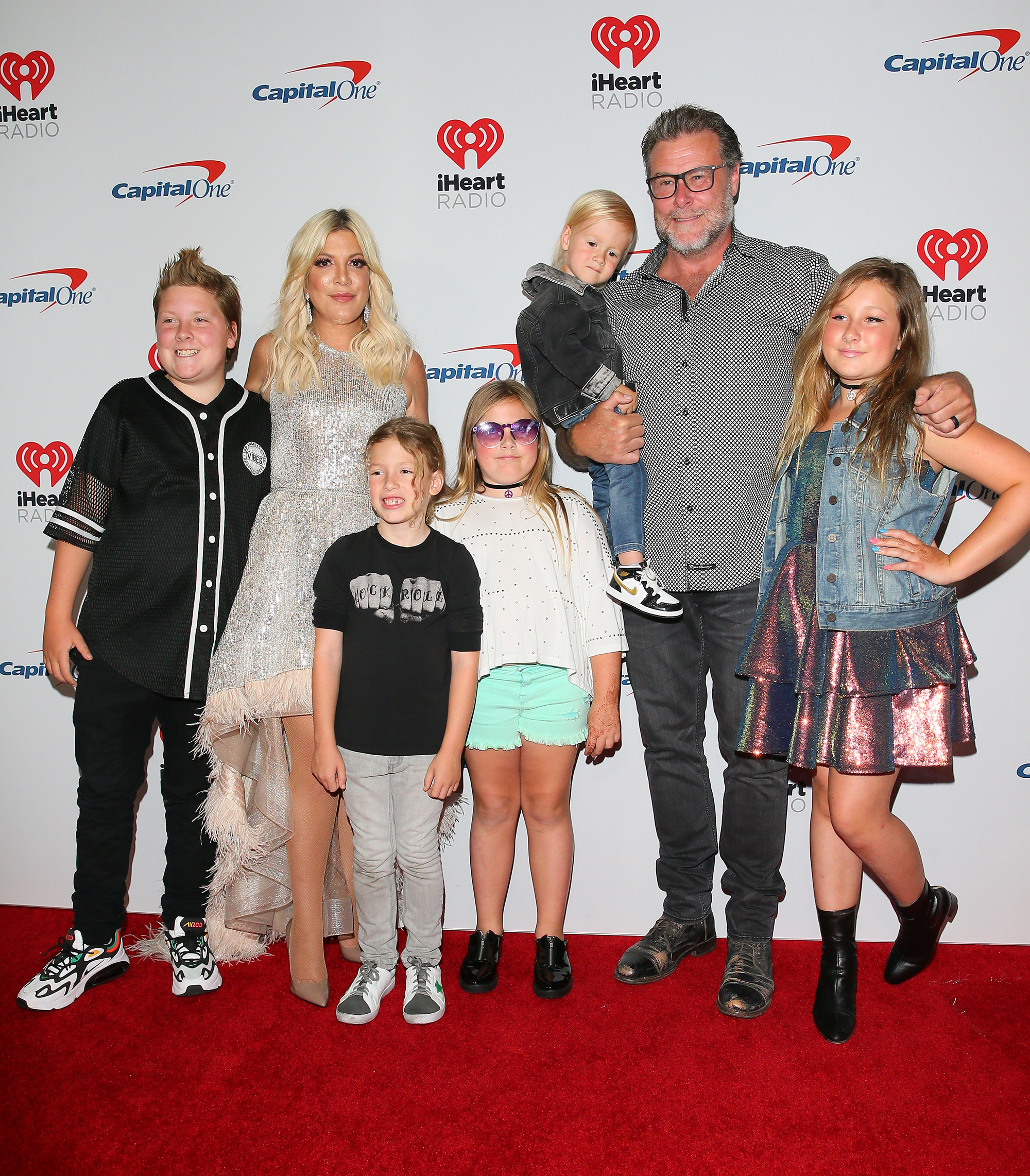 Spelling’s comments about the state of her marriage come after months of rumors that she and McDermott are headed toward a divorce.

The “BH90210” alum may have temporarily assuaged the rumors when she posted a pregnancy announcement in April, but it turned out to be a bad April Fools’ Day prank that backfired.

Spelling then blamed the media for her joke.

“They constantly create wild and often hurtful stories about me, my body, and my family,” she wrote on Instagram at the time. “For those of you that are hurt, I hear you. I love you. I welcome your stories and I will try my best to be there to support you.”