Try the healing power of my TRIPLE cleanse regime

For many, cleansing is the basic stage of their beauty routine — something functional that can be economised on because cleanser sits on the face for the shortest possible time.

If this is your view, then CeraVe Hydrating Cleanser (£9.50 for 236ml, boots.com) will get the job done.

Yet, this is to ignore the fact that, at times, cleansing can feel like the best part of one’s day. When the world is going to hell in a handcart, there’s nothing more restorative than washing one’s face.

When my parents were both dying — my mother in 2015 and my father a year later — I would perform this simple ritual, cradling my aching features in my hands and, for a few seconds, I felt soothed.

There’s something so wonderfully, well, cleansing about cleansing: something baptismal and symbolic of a fresh start. 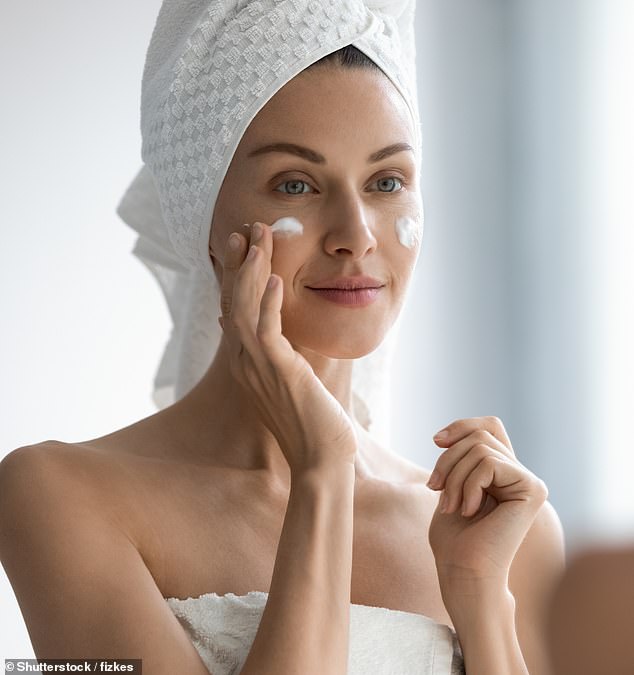 For many, cleansing is the basic stage of their beauty routine — something functional that can be economised on because cleanser sits on the face for the shortest possible time.

Plus, at the end of summer — even a not-so-great non-summer — one can feel a need to wash off the sweat, the salt and the sun cream, and sally forth into the second half of the year.

I say it’s a simple ritual, yet, of late, cleansing has attracted a degree of controversy. Witness the argument over cleansing in the morning. ‘Why would you?’ ask some. ‘Your face will already be clean.’

Well, it depends. If you use an acid, retinol, or dense overnight cream, then you will want to get rid of it. I also like to remove the night’s sweat, sebum and dead skin, rather than locking it in under the morning’s sun cream and slap.

Then there’s the matter of double cleansing — once to remove your make-up and SFP, then a second time to clean skin.

Again, I don’t see the issue: I cleanse until the pad is clean, be it two, four, or eight times.

The first step is to dissolve slap with a gentle micellar water. Step two is a cleanser. Then I go back in with the micellar water to check that everything has been removed, before rinsing the stuff off because it can irritate.

And I enjoy the cleanse, I really do. Recently, in an attempt to be down with the kids, I tried the millennial and Gen Z craze Youth To The People Superfood Cleanser (£12 for 59ml, cult beauty.co.uk). Described as a ‘green juice for your face’, it is beauty retailer Sephora’s U.S. number one bestseller. And it’s terrific: a fresh, non-stripping wash that removes everything in its wake, while dousing the skin in antioxidants.

I also like Ren’s Perfect Canvas Clean Jelly Oil Cleanser (£25, ren skincare.com). The gel becomes an oil, then emulsifies into a milk when you splash your face. It removes even waterproof make-up without effort, leaving skin feeling peachy.

What I use most, however, is an oil proper. The Soothing Cleansing Oil by Bobbi Brown (£35 for 200ml, bobbibrown.co.uk) melts away the day’s ills, and is so popular that fans demanded a double size (£52 for 400 ml).

The plant-based brand Votary makes cleansing such an exquisite experience that I want to weep. It’s also the first time I’ve succumbed to packaging fetishism — its emerald glass is the paragon of bathroom chic. 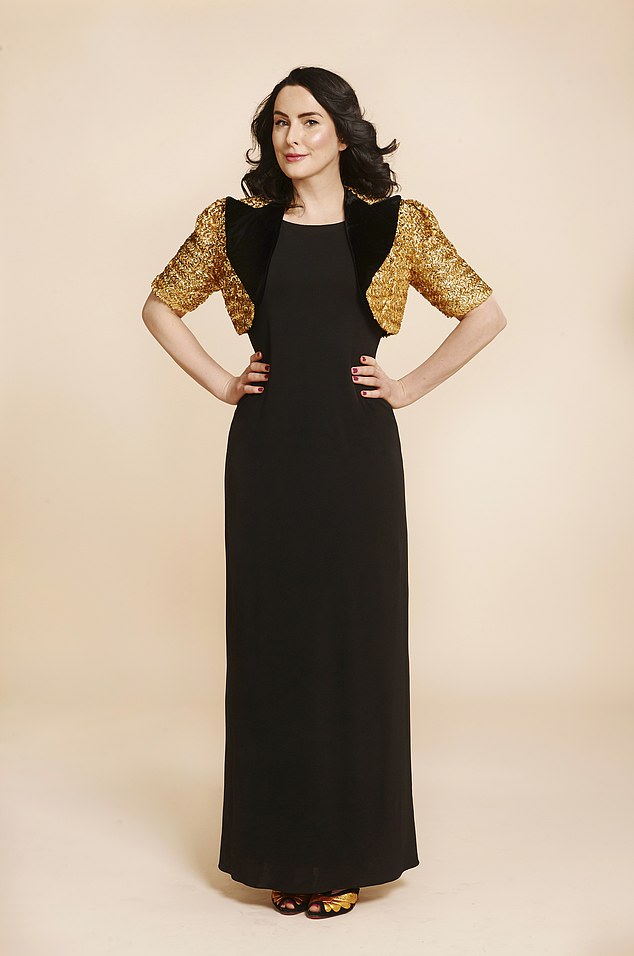 And I’m not alone: beauty editors go wild for Votary, along with actual beauties Kate Beckinsale and Helena Christensen. Its fragrant Rose Geranium And Apricot Cleansing Oil (£45, votary.co.uk) was the first product created for its launch back in 2015, and it’s still the top-seller.

Co-founder Arabella Preston explains: ‘Getting your skin really, really clean without drying it out is essential to skin health.

‘I know from my years as a make-up artist how best to remove a face of heavy foundation without stressing out the skin. There’s a reason actors and actresses use Votary cleansing oils backstage night after night.

‘No one should be frightened to use oils on their skin. I grew up in the 1980s, which was the oil-free decade in both skincare and nutrition.

‘We now know how crucial good fats are. We all have natural lipids (oils) in our skin but, as we age — like all the other good stuff such as collagen and elastin — your lipid levels drop. Natural plant oils are a great way to replenish and replace these.’

Replenished, and radiant, is exactly how your skin will look and, ye gods, the pleasure of the thing.

RACE YOU TO IT 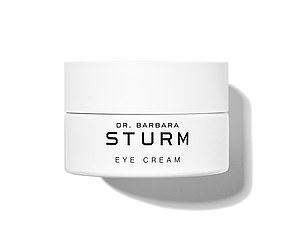 Beloved by everyone from Gwyneth Paltrow to Kim Kardashian. Her new Super Anti-Ageing Eye Cream  is rich in micro algae and ceramides to plump and smooth wrinkles. It’s eye-wateringly expensive, but I’m desperate to try it when it launches on September 9.

MY ICON OF THE WEEK

Recently, Nicole Kidman spoke of her frustration at being told, ‘Now you’re in your 40s, we’re not interested as much in who you are’. But now look at her. The actress, 54, is the ambassador for Sera Labs’ Seratopical CBD line, and swears by its Radiant Glow Facial Oil. She has said: ‘My mum is a feminist and very feminine. She smells good and looks good. I teach my daughters [to do the same].’ 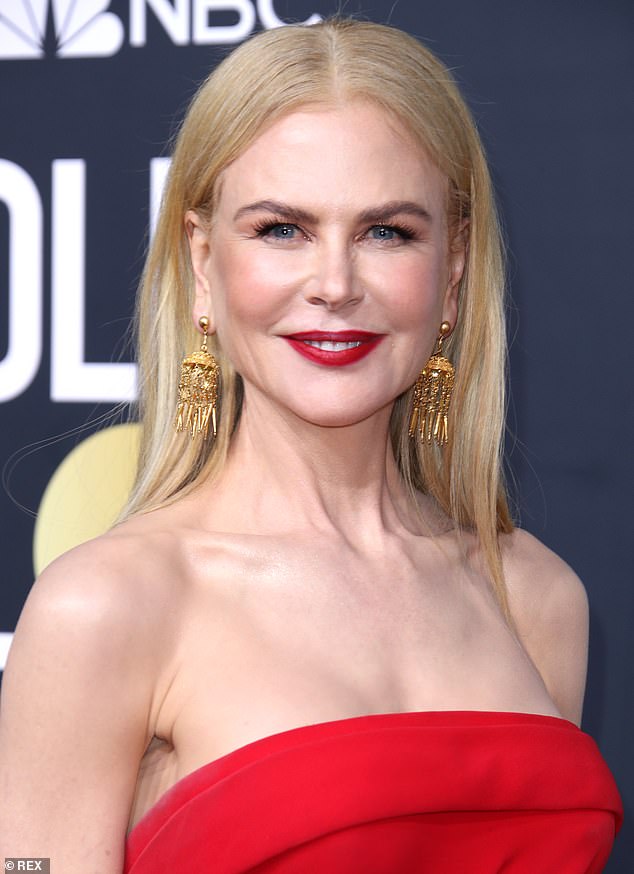 Nicole Kidman, 54, is the ambassador for Sera Labs’ Seratopical CBD line, and swears by its Radiant Glow Facial Oil 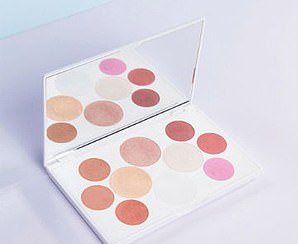 ‘Make-up by a crayon company!’ I hear you cry. Stay with me. In 2018, Crayola launched a cosmetics range celebrating individuality and self-expression.

And — drum roll — it’s glorious. Its soft grey face crayon is still the only form of contouring tool my face can deal with. This ten-shade palette (now £9, ) is so beautiful that I have been stockpiling.

It’s fresh and fetching, both in its rosy-gold colour and soft, creamy powder texture. It’s a cornucopia of blushers, bronzers and highlighters — which can be used as eyeshadow, too.

Think of it as your back-to-school treat. 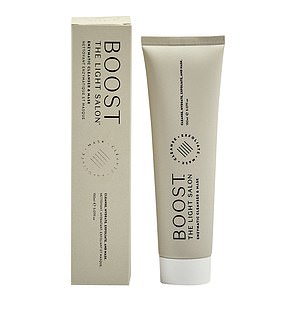 A gentle cleanser that also exfoliates, hydrates and serves as a mask. 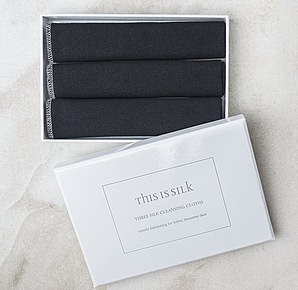 These polish without being abrasive. The colour means they won’t look grubby after you’ve taken off your make-up. 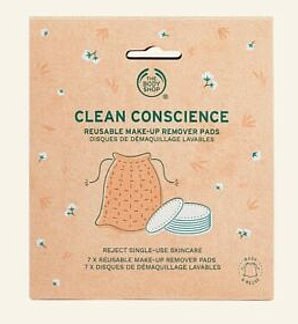 Use these washable, eco, mini cloths instead of cotton wool. 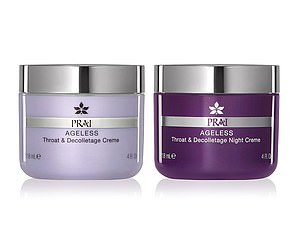 This promises to protect against dark spots and perk up the face, neck and decolletage.