CNN news anchor, 37, reveals her joy at falling pregnant after six years of trying and FIFTEEN rounds of IVF, saying she feels ‘stunned, scared and lucky’

Television news presenter Hannah Vaughan Jones has revealed she’s pregnant after undergoing a 15th round of IVF, just weeks before she was preparing to travel abroad for donor conception treatment.

The CNN anchor, 37, who admitted last year that she would be consumed by jealously at the sight of pregnant women, shared the joyful news on social media, saying she felt ‘stunned, scared and lucky and grateful.’

Hannah and her ITV news correspondent husband Lewis Vaughan Jones, 38, have spent six years trying to have a child of their own, and said one of two ‘low grade embyros’ implanted in April had proved successful against all odds. 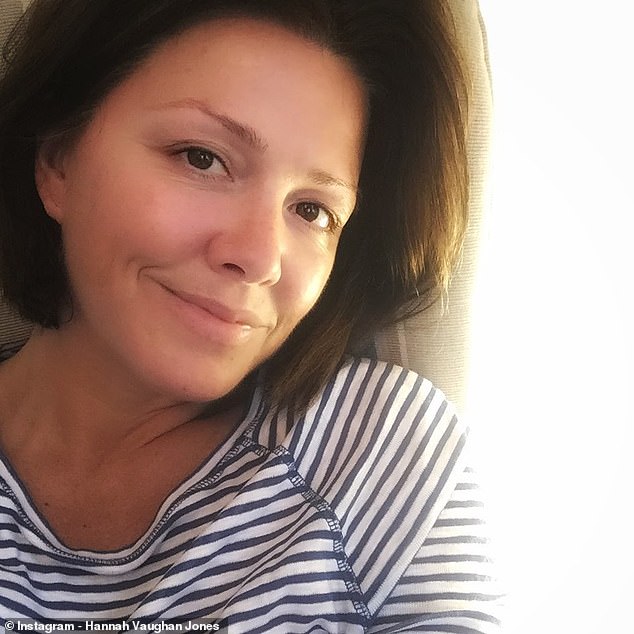 CNN’s UK based news anchor Hannah Vaughan Jones, 37, has been trying to have a baby with her husband, ITV news correspondent Lewis Vaughan, for six years…and announced yesterday that the couple are expecting their first child after 15 rounds of IVF 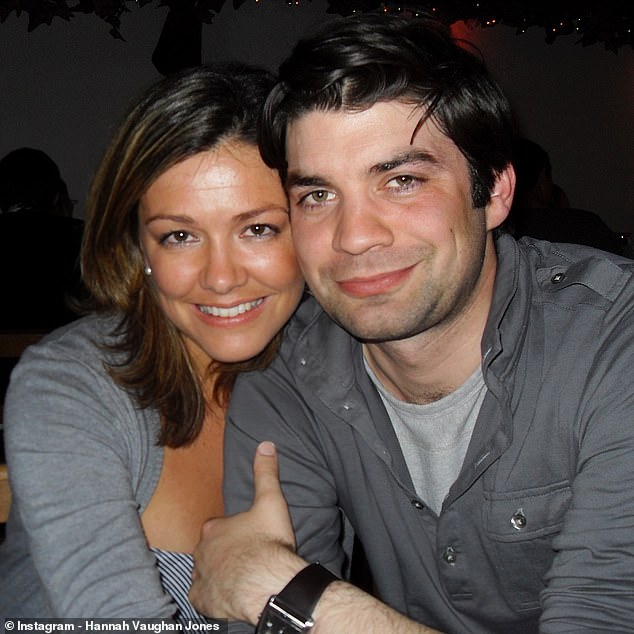 The couple, who have spent ‘tens of thousands of pounds’ on treatment to try and fall pregnant revealed their joy at getting a positive pregnancy test 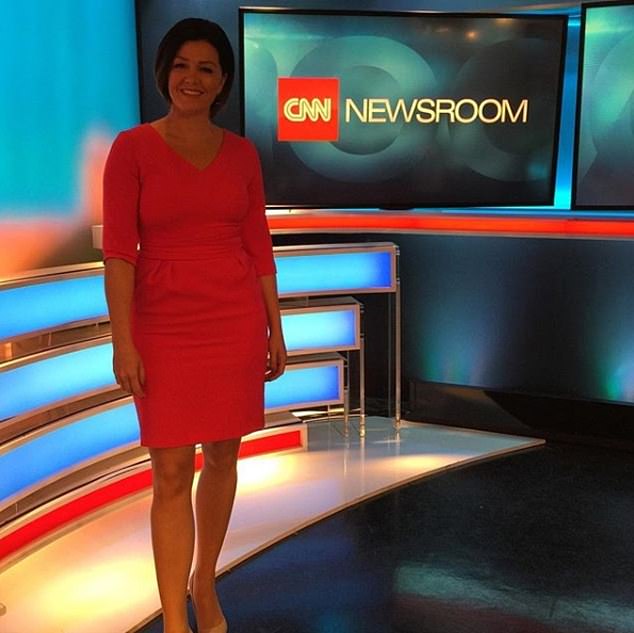 The CNN star has been candid about her battle trying to conceive, and was preparing to travel abroad for donor conception treatment when she found out she was pregnant

The couple have ploughed ‘tens of thousands of pounds’ into paying for private treatment and even allowed TV cameras to follow them as they embarked on their eighth attempt last year – showing every stage of the process from retrieving the eggs to fertilisation.

On Instagram, an emotional Hannah offered more details, saying the couple were about to try donor conception abroad after giving up hope of having their own biological child when they fell pregnant, revealing they’d decided to transfer two ‘low grade’ embryos using a natural frozen cycle.

She said: ‘I took a very relaxed approach and barely even kept up with my folic acid supplements, convinced as I was that this would be our final failure. 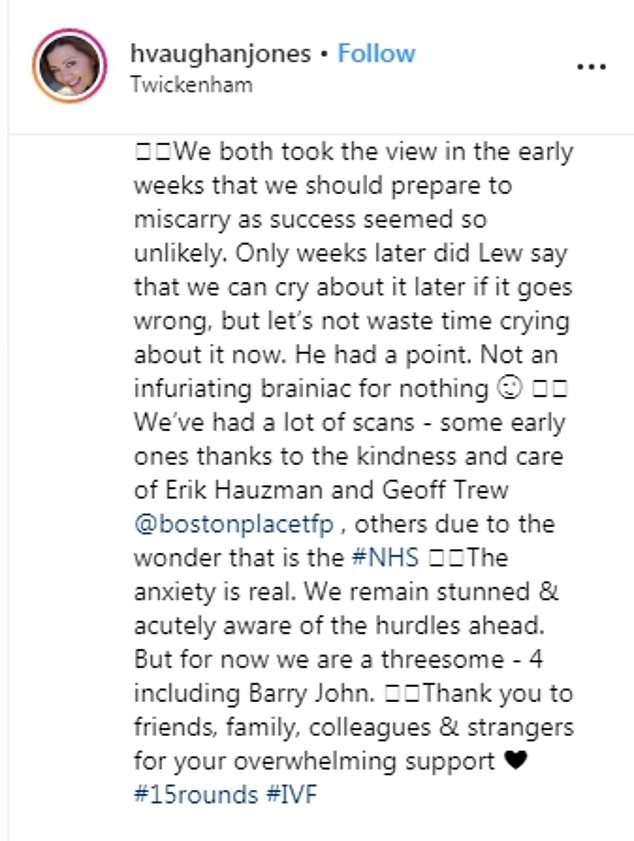 Part of Hannah’s emotional post on Instagram; she said she’d taken a relaxed approach to having two ‘low grade embryos’ embedded because she was convinced they would fail 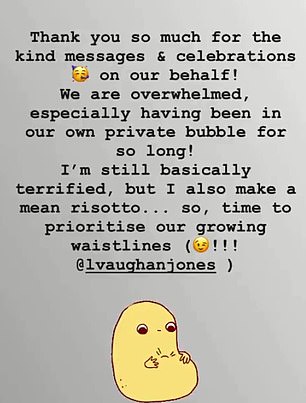 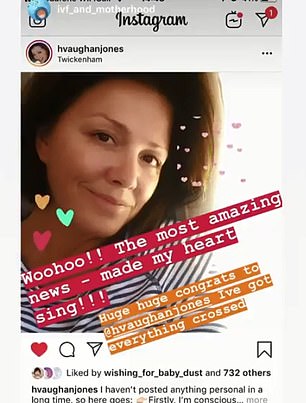 Hannah’s husband Lewis Vaughan Jones took to her Instagram account to share his own joy. Right: congratulations have poured in for the couple on social media 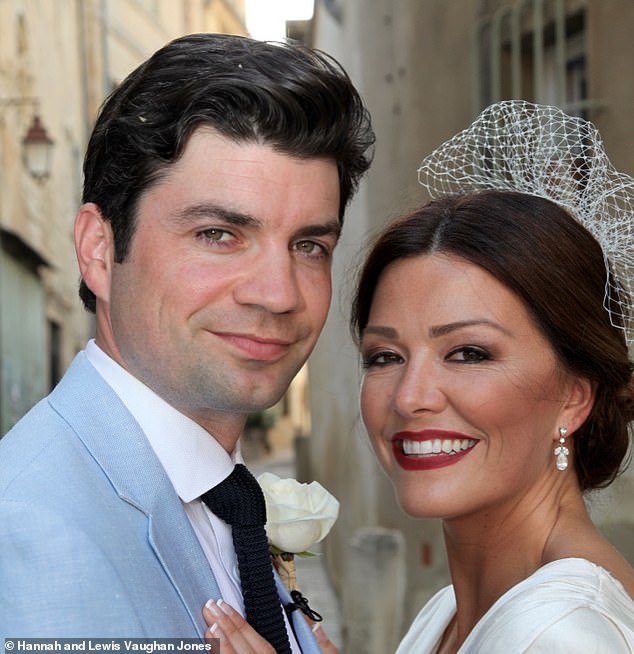 The couple, pictured on their wedding day, said they couldn’t envisage life without a family

‘We both took the view in the early weeks that we should prepare to miscarry as success seemed so unlikely.

After congratulations for the couple poured in, Lewis Vaughan Jones posted his own thank you on Instagram, saying: ‘We are overwhelmed, especially after being in our own bubble for so long. I’m basically still terrified…but I make a mean risotto so time to prioritise our growing waistlines.’ 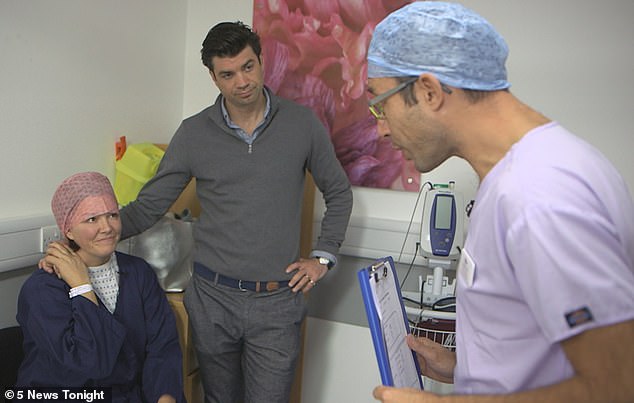 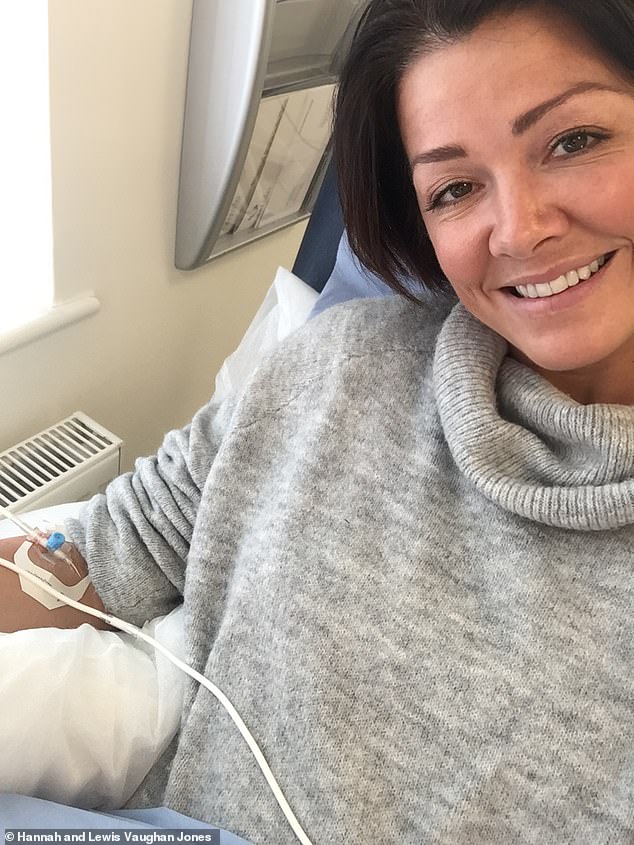 Hannah has been honest about the emotional trauma of undergoing IVF. Pictured, the journalist undergoes an intralipid infusion, which is said to improve the success of IVF 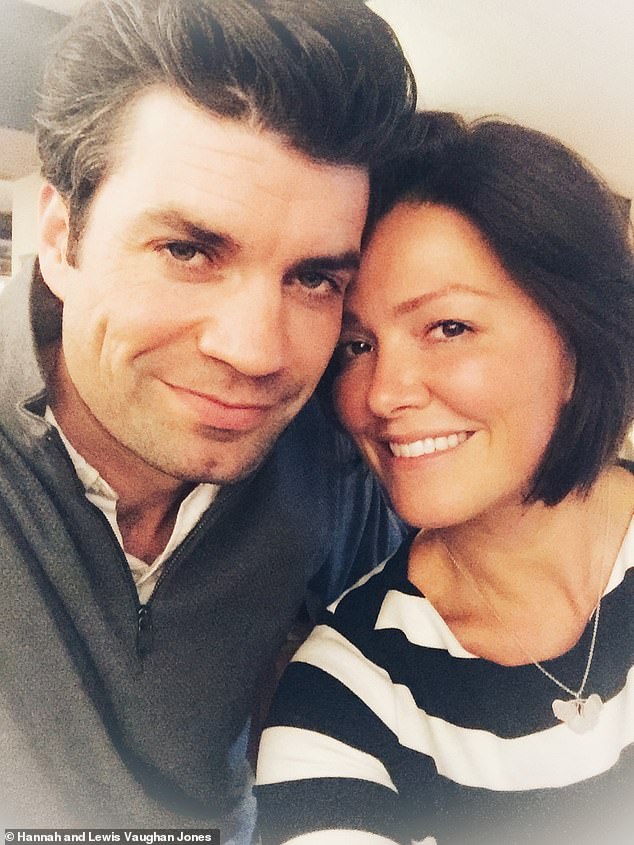 At the start of 2018 the couple, pictured, were given some hope when they discovered they were pregnant. However at eight weeks they found out the pregnancy was ‘abnormal’

She said: ‘A really hard thing for me to battle with is that feeling of jealousy,’ she admits. ‘It’s all-consuming. Lewis has seen me in bits on the floor at hearing the news of someone I love being pregnant.

‘You hate yourself for it. It’s an awful response. It’s envy and jealousy and impatience and all of those emotions wrapped into one.’

Lewis also explained he and his wife ‘can’t imagine’ their lives without children.

‘We’re desperate to have a family – we can’t quite imagine our lives without one – so we just work really hard and put all our money into this and we make huge sacrifices outside of that because it’s the most important thing for us.’

At the start of 2018 the couple were given some hope when they discovered they were pregnant.

However at eight weeks they were left devastated when doctors told them pregnancy was ‘abnormal’ and would not survive.