Two-bedroom flat in North London goes on sale for £800,000 and it comes with an underground BUNKER

A FLAT in a stunning Art Deco building has gone on the market for £800,000 – and it hides an amazing secret.

The two-bed property in Clerkenwell, London has its own garden and lies within walking distance of Angel Tube station. 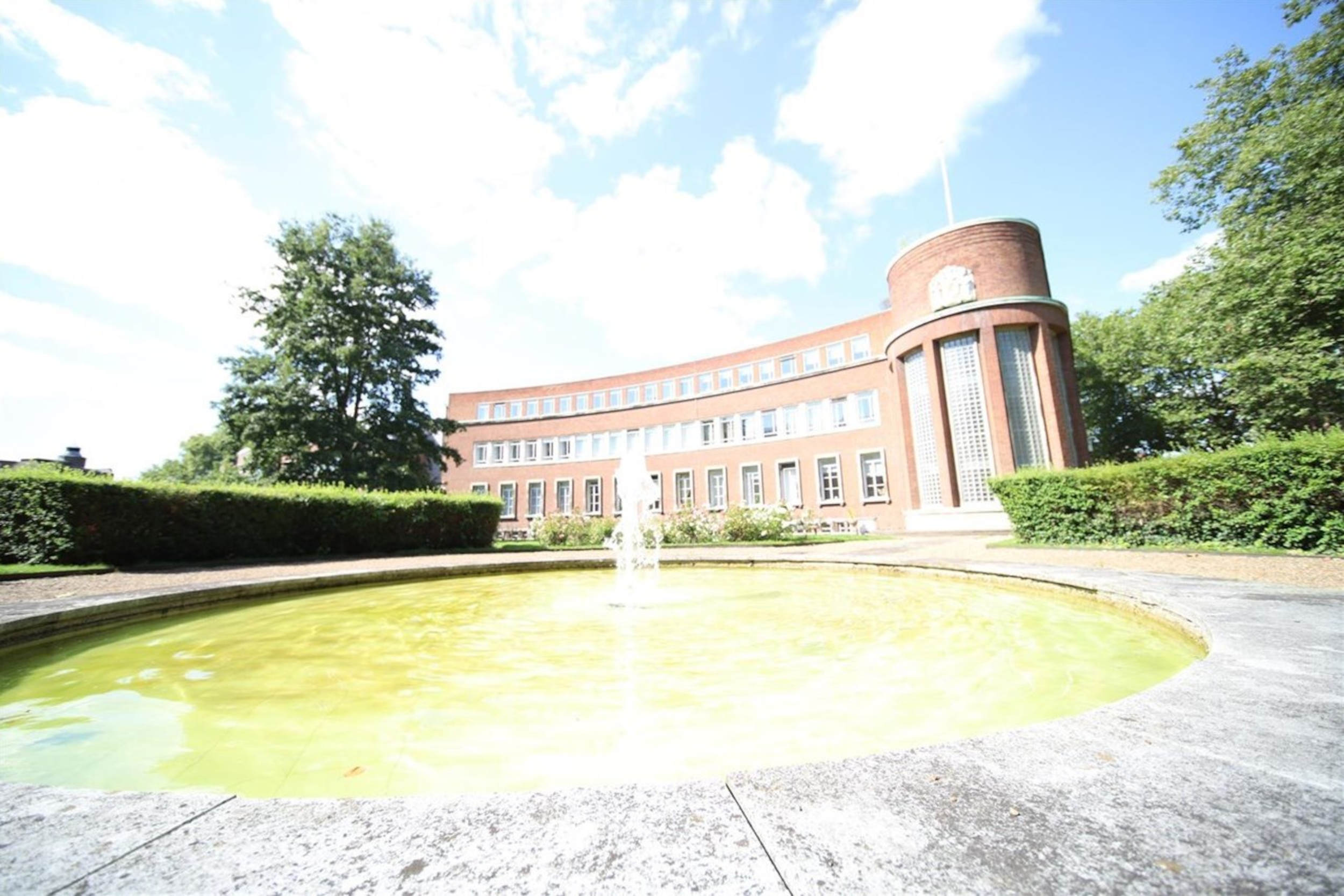 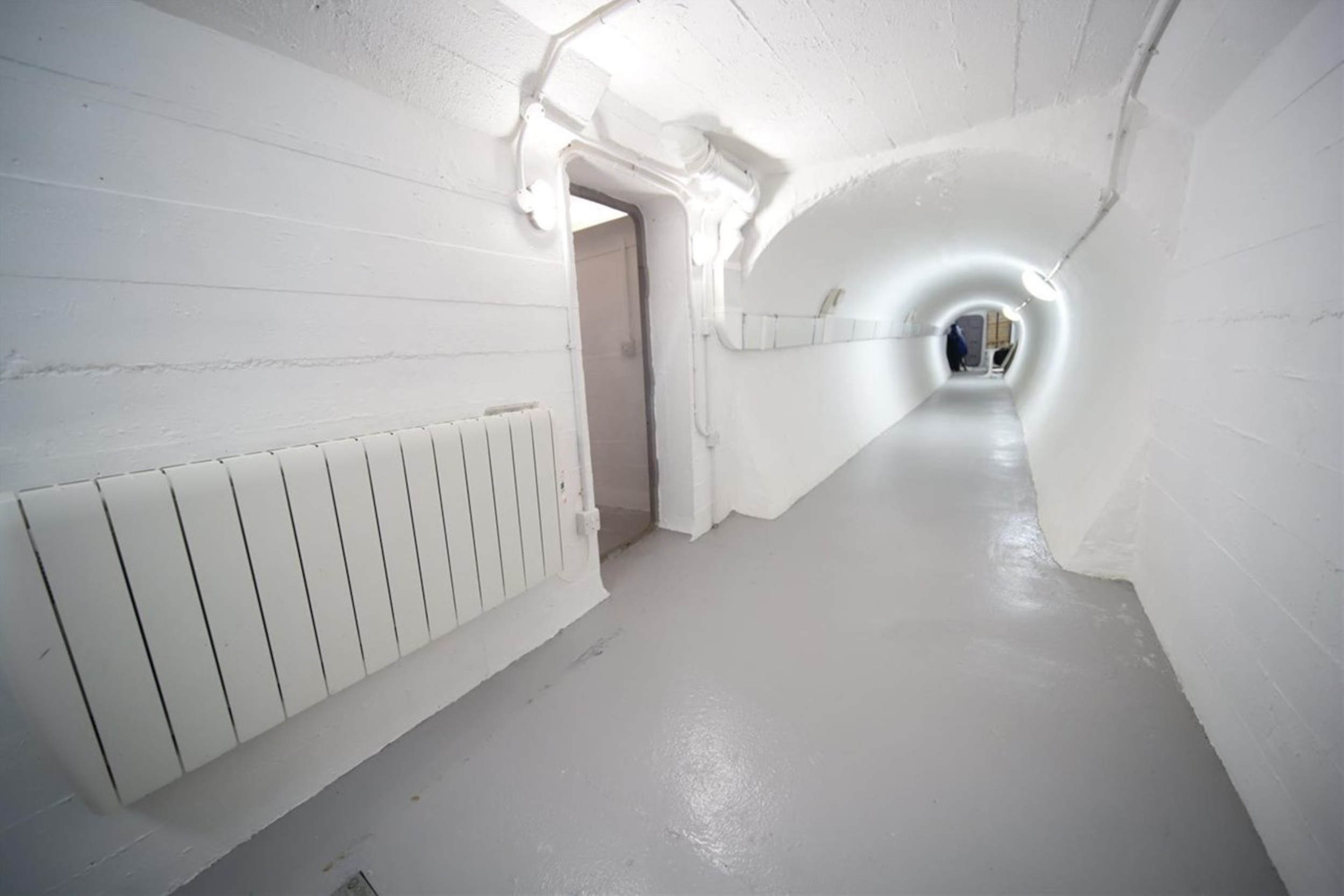 But there's one feature in particular that will really get flat-hunters talking.

The property boasts its own hidden BUNKER that can be accessed through a private door on the terrace.

The whopping space lies behind a blast-proof underground door.

And it's kitted out with its own ventilation system – meaning the new owner could use it as a gym, home office or prep zone for a zombie apocalypse.

"We are pleased to offer this exceptional and unique two-bed apartment with its own garden and a large underground bunker," they said.

The flat has a modern fitted kitchen with appliances, while both bedrooms are doubles.

But agents admit the key feature is the bunker, which they call "very spacious".

"It has been fully refurbished as a usable space with its own ventilation system, heating and lighting," they add.

"It's possibly good for a home office, gym, music room or safe house."

The flat can be found in a converted building which was once part of the New River Head – formerly the Metropolitan Water Board – in Rosebery Avenue.

The water board was a key bombing target during the Second World War.

The apartment itself lies within the site's old laboratory, which was built in the 1930s.

Elsewhere, the building has a rose garden and concierge.

Neighbouring Finsbury Town Hall also has a bomb shelter, which was built – despite objections from the Ministry of Home Security – because of the building's proximity to New River Head.

Other properties currently available in the capital also feature surprises for their new owners.

A studio apartmentin Brixton is available to rent for £1,100 a month – and has a 25-metre swimming pool right outside the front door.

An ad for the home on Gumtree reveals the tenant will have "exclusive residents'-only access to an open-air swimming pool, which is beautifully lit in the evening".

And a stunning £4million home yards from Notting Hill Gate Tube is completely invisible from the street.

The 'hidden home' can be found behind a secret door.

Once inside, the new owner find a whopping five-bed home spread over 3,000 square feet. 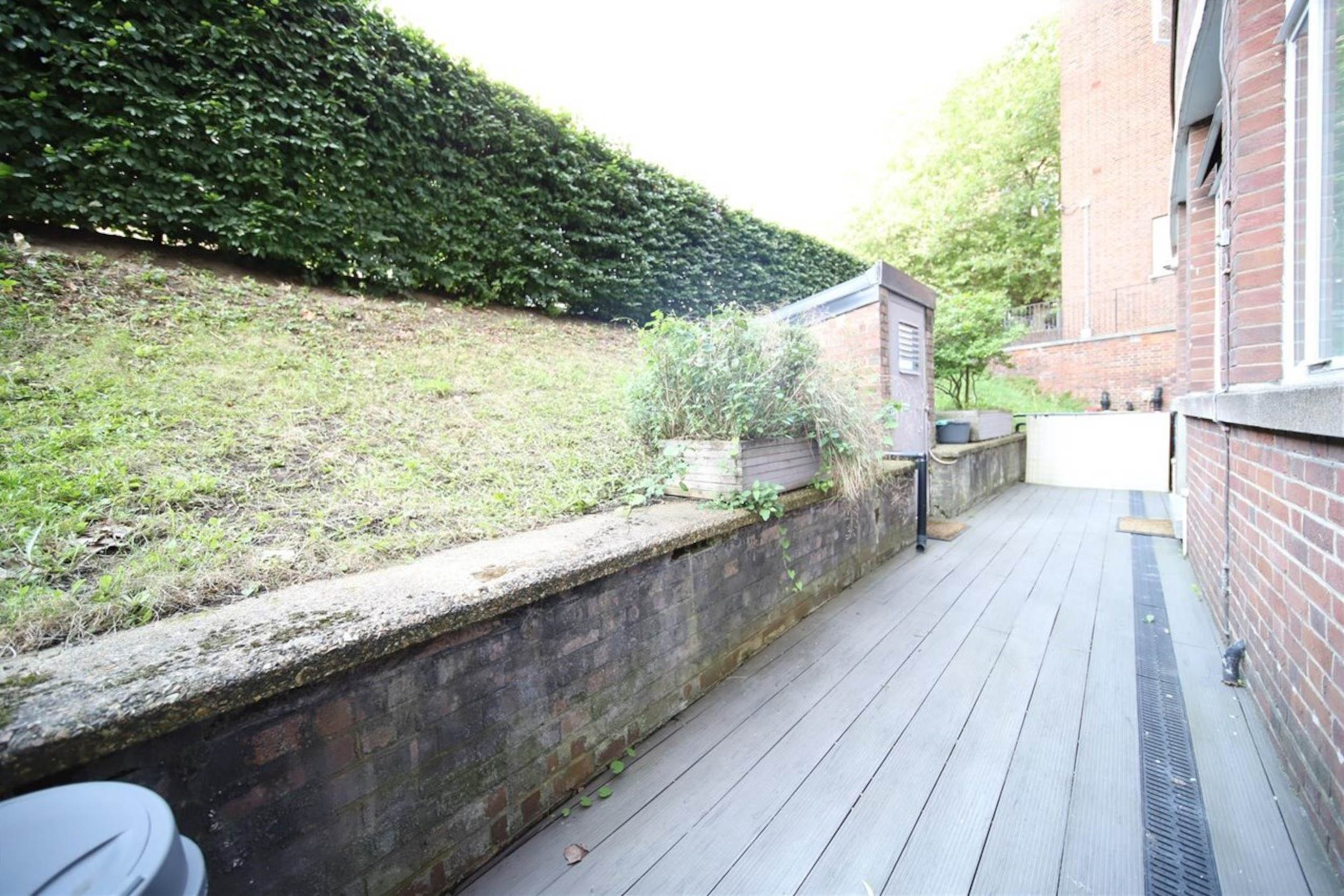 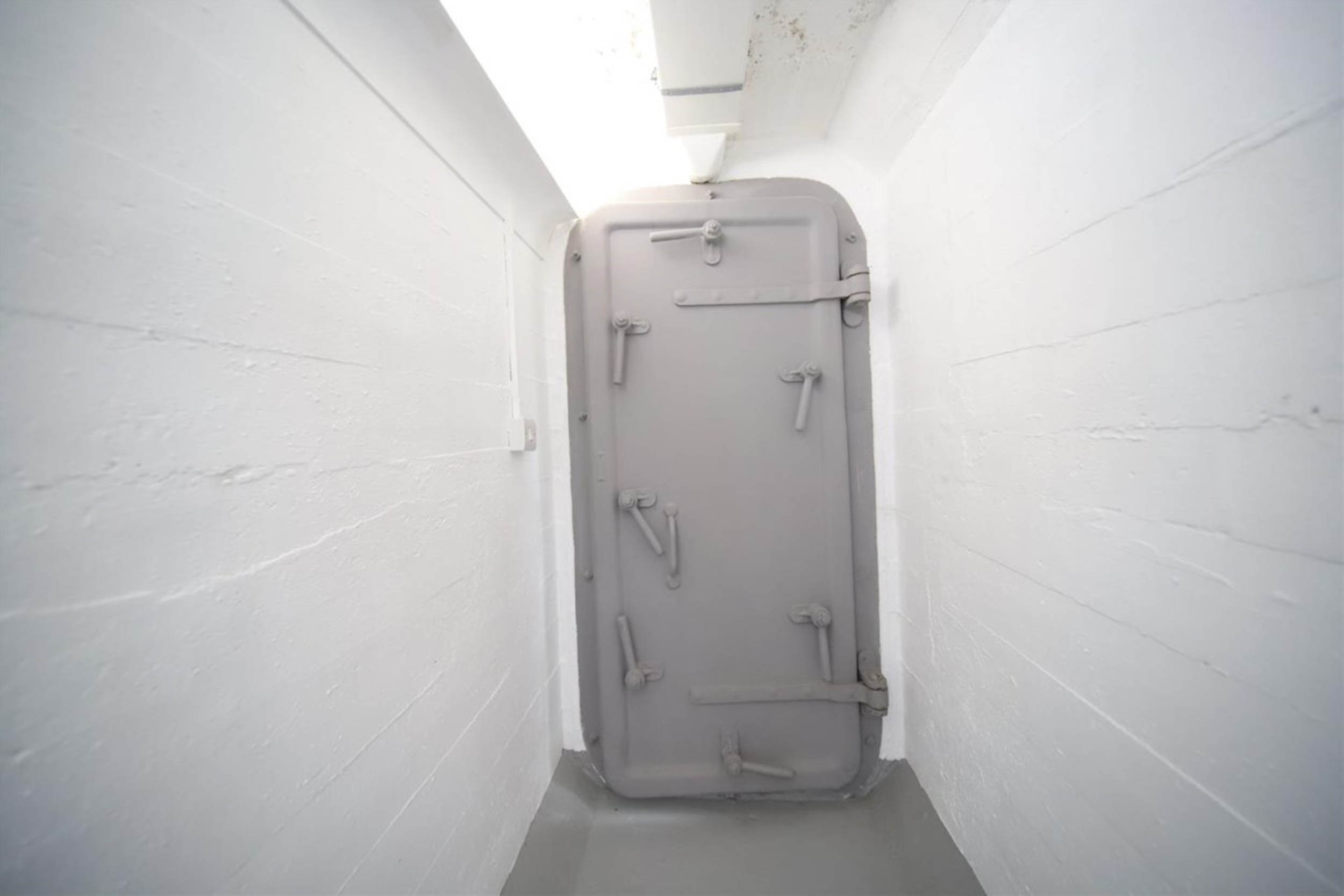 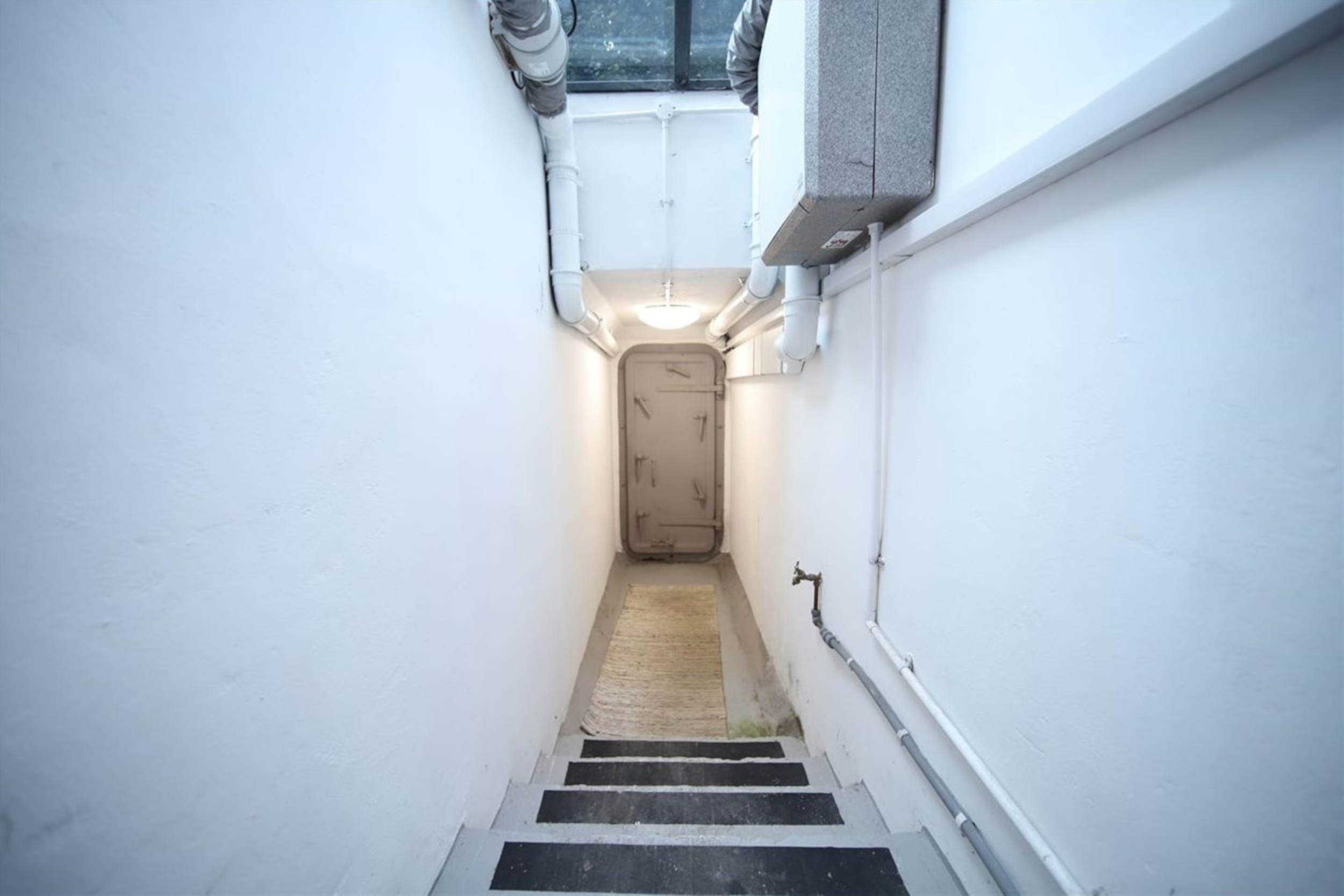